Closed for three years, the Nassib border crossing can once again become a main artery for trade in the region 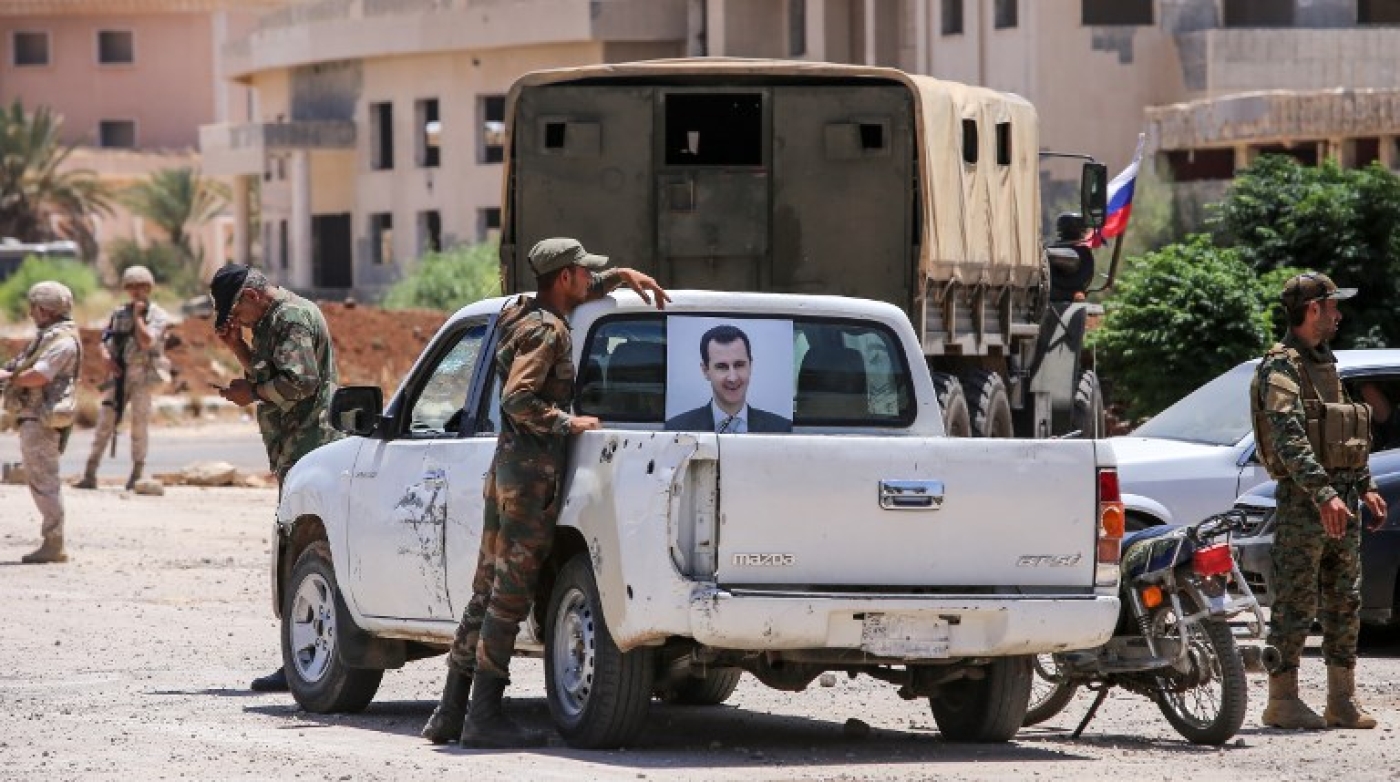 Syria re-opened two crossings on Monday, one at Nassib on the Jordanian border and another on the divide between Syrian and Israeli-controlled areas of the Golan Heights.

Nassib, a major trade artery for the region, has been closed for three years, but its reopening has been imminent since pro-Syrian government forces took the area from rebels in July. Meanwhile, the sole crossing in the Golan has been closed for four years due to the seven-year conflict.

The Syria-Jordan crossing, known as Jaber from the Jordanian side and Nassib on the Syrian side, was a major link for direct trade between the neighbouring countries as well as longer-distance transit, which was a significant source of revenue. Its closure cut all land trade routes between Lebanon and the Gulf.

Travellers expressed their joy at being able to cross the border, which was closed by Amman in April 2015 after rebels took over the position.

"Today is a celebration for us and I wanted to be among the first to cross the border," Syrian businessman Mohammed Hisham told the AFP news agency as he waited for his turn to enter Syria from Jordan where he now lives.

Imad Sariheen, a Jordanian taxi driver, was elated, calling the crossing's reopening a source of "great happiness for all of us" which will help ease "economic hardships".

"Our conditions have worsened over the past years. Our work was halted because of the closure of the border between Jordan and Syria," he added.

Northwest of Nassib, on the Golan Heights, a Syrian government flag was raised above the only crossing from Syria into Israeli-controlled territory. An AFP correspondent said the flag was raised during a brief ceremony on Monday.

Two United Nations white jeeps crossed from the Syrian side to the Israeli one at the crossing near Quneitra, following a deal brokered by Syria, Israel and the UN.

The territory was seized by pro-government forces from militants linked to the Islamic State group at the end of July. An IS-linked outfit known as the Khalid bin Al-Waleed Army seized the area from opposition fighters in 2016, Times of Israel reported.

Syria and Israel remain technically at war, but the border has been quiet for decades before the Syrian conflict.

For Eyal Zisser, director of the Middle East Studies Department at Tel Aviv University, the reopening forms part of a "return to normal".

"The border between Israel and Syria was very calm before the start of the Syrian civil war and the return to normal is very convenient for Israel," he told AFP.

"There is no Daesh (IS), no Iranians or Hezbollah, there's a clear address on the other side, that's all that Israel wants," Zisser added.

The Quneitra crossing was previously used by the UN Disengagement Observer Force (UNDOF), made up of around 1,000 peacekeepers patrolling the 1974 ceasefire line.

Druze living in the Israeli-controlled area used it from time to time as well, crossing over to visit family, head to Syrian universities or sell apples.