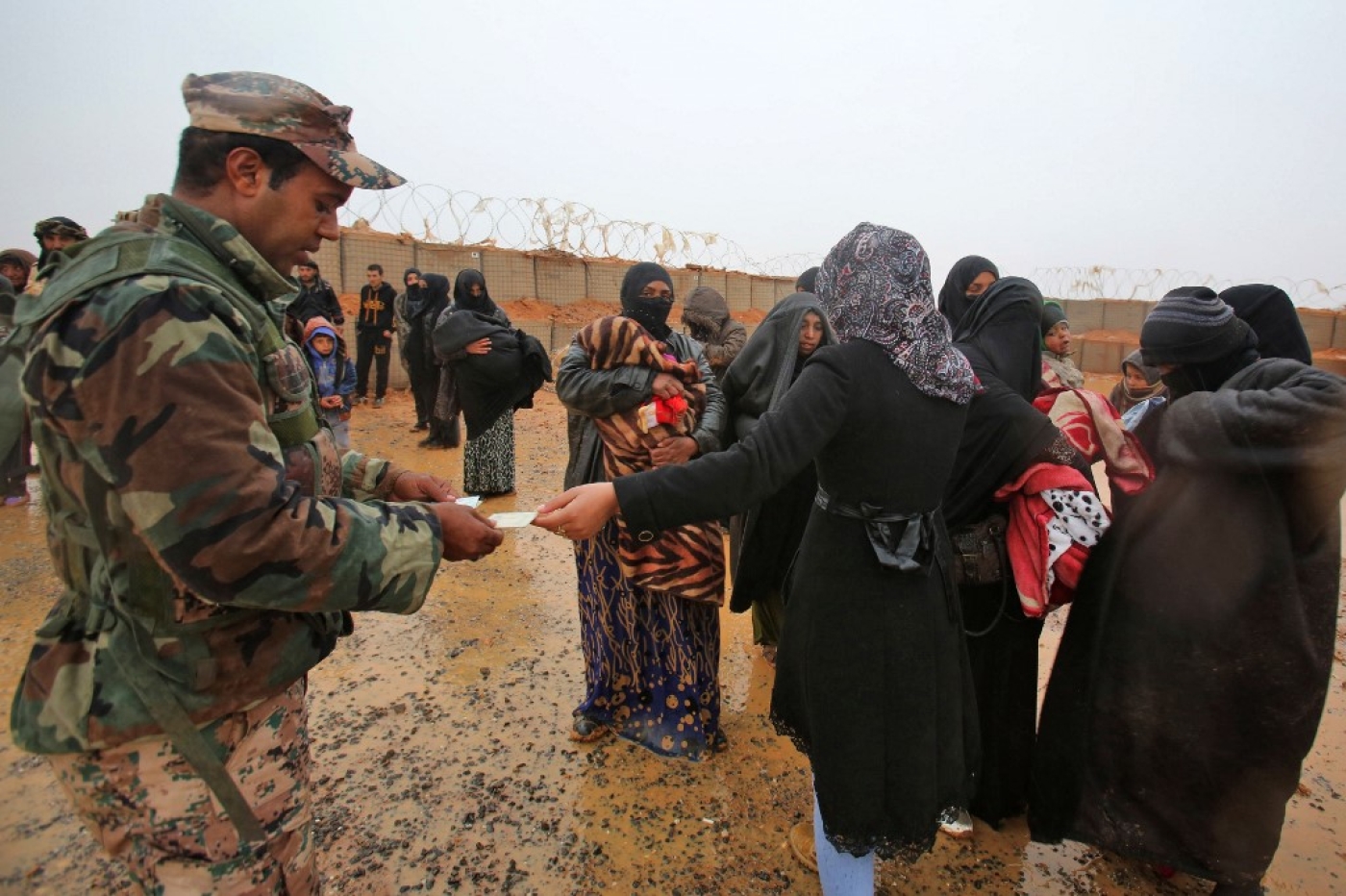 Around 10,000 refugees reportedly live in Rukban camp, down from a high of more than 50,000 a few years ago (AFP)
By
Mikayla Easley

Syrian refugees languishing in a remote desert camp have launched a US awareness campaign which urges the Biden administration to do more for millions of displaced people and keep the pressure on Bashar al-Assad's government.

The Tribal Council of Palmyra and Badia, one of several competing groups that help run the Rukban refugee camp near the border with Jordan, retained a Massachusetts-based finance and accounting professional to serve as its US delegate.

Syrian-born Mahmoud Diab was appointed to the position in mid-August but has only now registered as a foreign agent with the US Department of Justice.

According to the registration, Diab and the tribal council will provide public relations and awareness campaigns, localised knowledge, intelligence and on-the-ground support to the US-led Global Coalition to Defeat ISIS, the Islamic State (IS) group. Democracy triumphs in America. Now the US must support it in the Arab world
Read More »

In an emailed statement, Diab described the council as a "civic body formed and directed by dignitaries of the indigenous tribes of the Syrian Desert".

Their goal is to obtain humanitarian and development aid for areas liberated from Assad's rule, advance foreign policies to ensure Assad and his lieutenants can't remain in power and counter "the increasingly malicious Iranian influence in Syria".

"We are opposed to the tyrannical rule of the Assad regime and extremist ideologies," Diab said.

"Our work aims at restoring stability and peace to the populations in the Syrian Desert through grassroots action, including education and sustainable development for local communities; through these actions, we contribute to broader efforts to eliminate ISIS and counter the novel and destabilising influence of Iran and its proxies in the Syrian Desert.

"Our short-term priorities are improving access to health and education for residents of Rukban camp," he added. "We hope support from international agencies in the form of training and material to boost the impact of local volunteer efforts - teachers, nurses and doctors in our network - will be able to have access to the Rukban Camp soon. We have also been calling for the resumption of cross-border aid through the Jordanian-Syrian border."

The camp is in US-controlled territory near the Al-Tanf military base in southeast Syria. Its residents suffer from a lack of food and medicine, with the Syrian government and its ally Russia reportedly blocking United Nations aid to the area in a bid to force the Americans out while the Donald Trump administration, eyeing the exit after rolling back the Islamic State, had been reluctant to step in.

"The military is a little tired of having everybody else in the US government constantly turning to it to do civilian things," James Jeffrey, the then-special representative for Syria engagement, told The Defense Post in 2019. 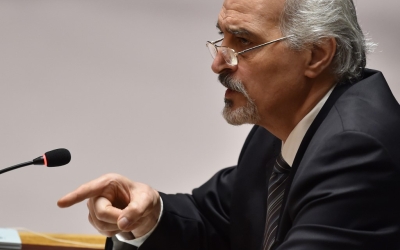 There are fewer than 1,000 US troops stationed in Syria right now, an operation that David Adesnik, director of research at the Foundation for Defense Democracies, called a "small but sustainable presence".

Adesnik, a long-time champion of the Rukban refugees who chided the Trump administration for viewing them as an "unwanted burden", has argued that withdrawing troops from Syria would both improve Tehran's hand in the region and compromise US allies who are fighting against IS in Syria.

Mouaz Moustafa, the executive director of the US-based non-profit Syrian Emergency Task Force (SETF), said Diab had recently reached out to him to try to connect the council with a no-cost pharmacy that opened in the camp in November.

"They live in this barren desert because that's better than even considering going back to an area where the (Assad) regime is in control," Moustafa said. Having worked with Rukban refugees over the past five years, Moustafa said that nearly everyone in the camp is running away from the Assad government or IS and is looking for medical aid and educational help for their children.

The tribal council runs a Twitter feed that routinely showcases the dire conditions in the camp and asks for more international help. The situation is so dire that Amnesty International reported in September that some civilians have opted to return to government-controlled areas of the country.

Diab's registration comes as Syrian opposition groups have been ramping up their influence campaigns in Washington amid conflicting priorities after almost 10 years of war.

The Turkey-based National Coalition for Syrian Revolutionary and Opposition Forces, the main Syrian opposition group, reactivated its Washington presence late last year after a years-long lull. The group has been pressing Washington policymakers to keep up sanctions on the Assad government and push back against US allies that seek to re-engage with Damascus.

Meanwhile, Syrian Kurds who helped the US defeat IS have their own priorities. The Washington office of the Kurdish-led Syrian Democratic Council (SDC) hired its first lobbyist last summer amid concerns that US sanctions could threaten reconstruction in Kurdish-controlled Syria and trade with Damascus.

SETF is likewise having conversations with Congress and members of the Biden administration about the needs of displaced Syrians, Moustafa said, including with Antony Blinken, who was confirmed as secretary of State on Tuesday.

Blinken told Face the Nation in May that the Barack Obama administration had “failed” in its approach to Syria, and Adesnik said he believes Biden’s next steps will depend on how much that feeling is shared among the new administration. The new president, for his part, has shared few specifics about his plans for Syria, but his campaign foreign policy statement said he would "recommit the United States to lead on humanitarian issues".

Given both Russia and Iran's investment in the conflict, Adesnik said he anticipated any future US policy toward Syria would carefully consider the role of outside actors. Iran has been putting pressure on the Biden administration to lift sanctions against Tehran and rejoin the 2015 nuclear deal, adding to the already tense relationship between Washington and Moscow.

Syria "is a difficult issue to deal with and potentially one that distracts from other things", he said. "I hope that they [the Biden administration] sort of draw a line and say: 'We're going to go ahead and do what's right and proper in Syria and we're not going to compromise'."

The Trump administration did take some action following the passage of the Caesar Syria Civilian Protection Act, which threatens sanctions against Assad's foreign partners - including the United Arab Emirates - financing the government's reconstruction of the country.

While the previous administration aggressively supported the sanctions, Adesnik said he hasn’t seen any indication whether Biden’s State Department will continue to make it a priority.

"We are hopeful that the administration will not put Syria on the back burner, but will deal with it up front," Moustafa said. "What we want is a political solution and an end to the military problem. An end to the killing in Syria is really our bare minimum." 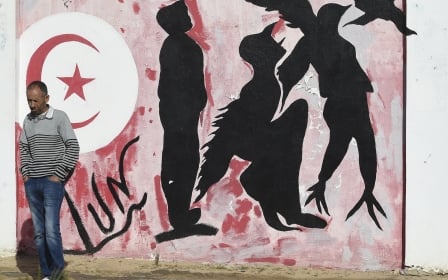 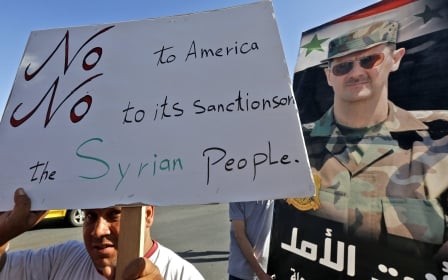