UN Syria envoy Staffan de Mistura arrives with Syrian assistant foreign minister Ayman Sosan (AFP)
By
MEE and agencies
Syria's foreign minister said on Saturday his government was still waiting to receive the names of opposition figures due to attend peace talks in Geneva this month, state news agency SANA reported.
After meeting with UN peace envoy Staffan de Mistura in Damascus, Walid Muallem confirmed that his government would take part in negotiations beginning 25 January.
The talks are part of an ambitious 18-month plan endorsed by the UN Security Council to end Syria's nearly five-year war.
But Muallem said it was "necessary" for his government to see the names of opposition groups attending, as well as a list prepared by Jordan of armed factions that would be considered "terrorist organisations".
Syrian government figures have requested these lists in the past as apparent preconditions for talks.
"The efforts to find a political solution and the recent decisions of the UN Security Council in this regard are linked with the credibility of counter-terrorism efforts," Muallem said, according to SANA.
De Mistura's office said the envoy had a "useful" meeting with Muallem and discussed ongoing preparations for talks.
De Mistura's trip to Damascus is part of a string of regional visits in the buildup to the talks. The envoy was in Riyadh earlier this week and will head next to Tehran.
Muallem pledged that Syria would "continue cooperating with the special envoy ... to fight terrorism and move forward with dialogue among Syrians".
On Friday, more than 20 rebel groups published a statement denouncing the international community for pressuring the opposition to "make concessions" in the peace process, accusing world powers of being "complicit" in the suffering of Syrians.
More than 250,000 people have died since Syria's conflict erupted in March 2011, and previous efforts to find a political solution to the war have failed. 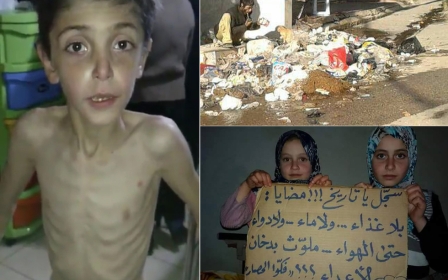