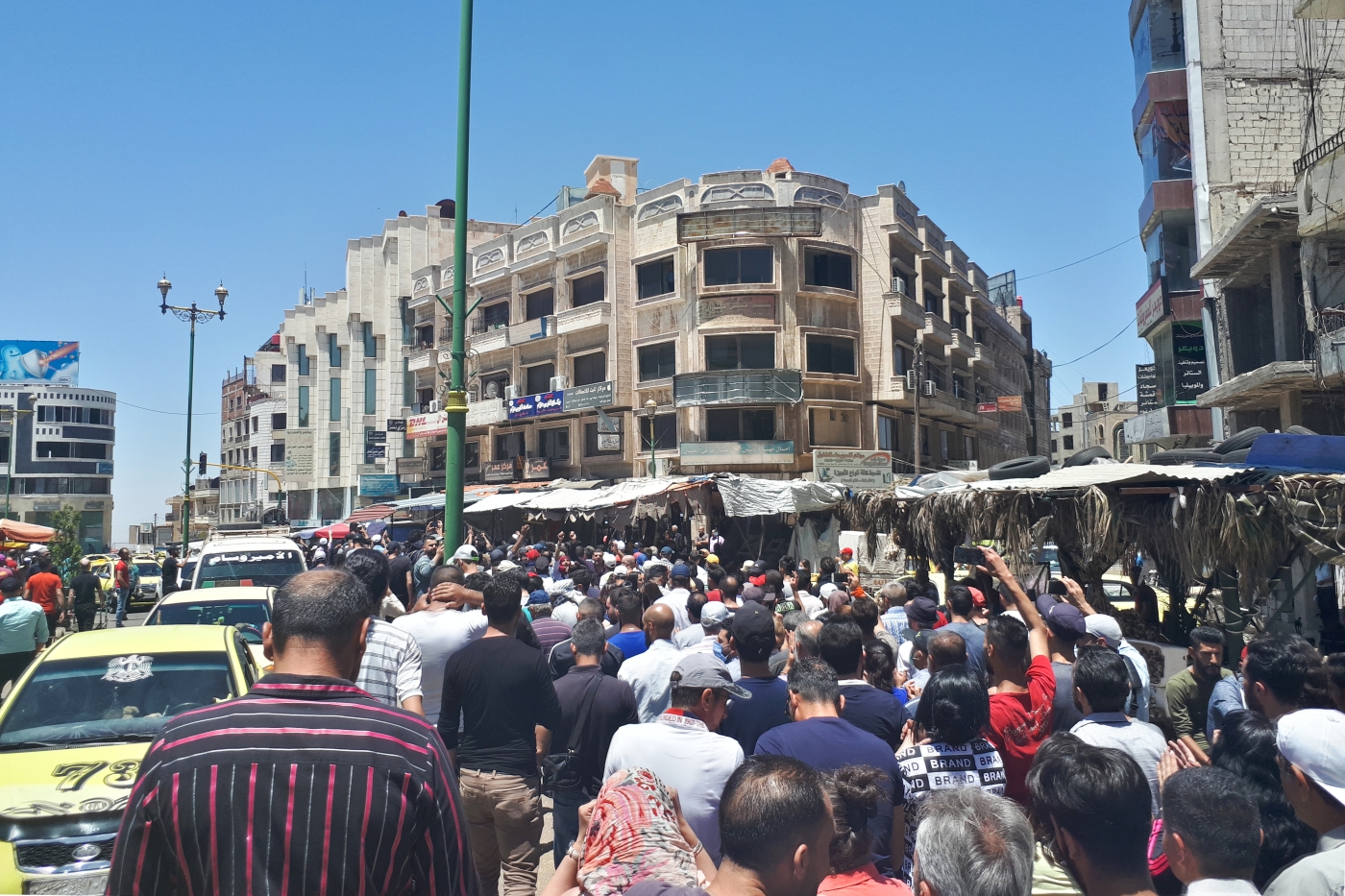 Anti-government demonstrations and counter protests continued in the southwestern Syrian city of Sweida on Wednesday, as an economic crisis exacerbated by sanctions and a collapsing currency provokes unrest for a fourth day.

SANA news agency reported that the protesters gathered for "affirmed adherence to the national stances and the unity in the face of what Syria is facing of terrorist and economic war".

Although apparently spontaneous, the local news outlet Suwayda24 released an audio recording purportedly from the head of the city's student union discussing plans for Wednesday's protests, including warning that there would be "serious consequences" for those students who did not show up.

The pro-government rally comes as anti-government protests continued to rock the majority-Druze city.

Demonstrators demanded the release of Raaed al-Khateeb, a protester who had been arrested during the anti-government protests, which began on Sunday. 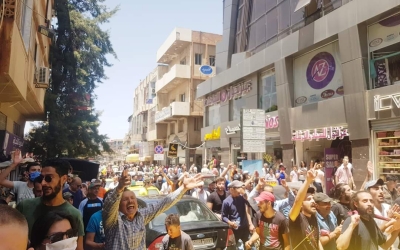 Some protesters chanted "the people want the fall of the regime", echoing the call from the original 2011 demonstrations which were brutally cracked down on by the government, sparking the ongoing civil war.

Around half a million people have been killed and millions more displaced in the nine years of conflict.

The collapse of the Syrian pound in recent months has caused prices to skyrocket and created widespread hardship for many Syrians. What began as protests against deteriorating living conditions on Sunday eventually descended into anti-government calls.

On Tuesday, dozens rallied in Sweida for the third day running, according to the UK-based Syrian Observatory for Human Rights activist group.

Men and women massed near the main provincial government headquarters before marching through the streets chanting anti-Assad slogans, according to a video released by Suwayda24.

The financial crisis in Syria has been exacerbated by a coronavirus lockdown and international sanctions.

However, speaking to MEE on Monday, one protester said that the government was primarily to blame for the economic problems.

Sweida has been comparatively spared the brunt of the country's brutal conflict, and though there have been clashes, the population has largely remained neutral.

"We now need a new revolution against the corruption of the Syrian opposition and government," Safaa al-Sayyid, a Sweida resident using a pseudonym, told MEE on Monday. 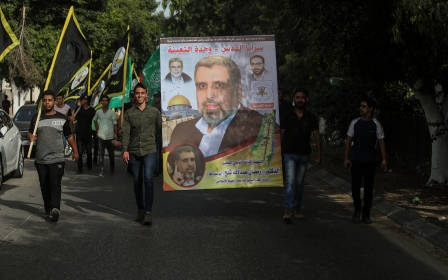 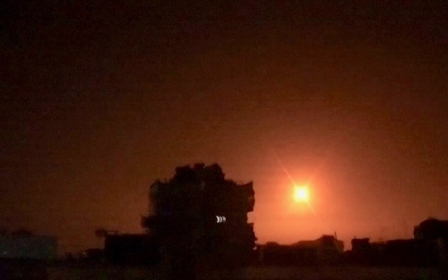 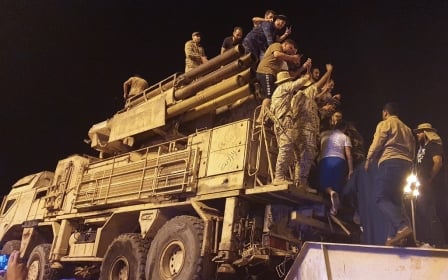