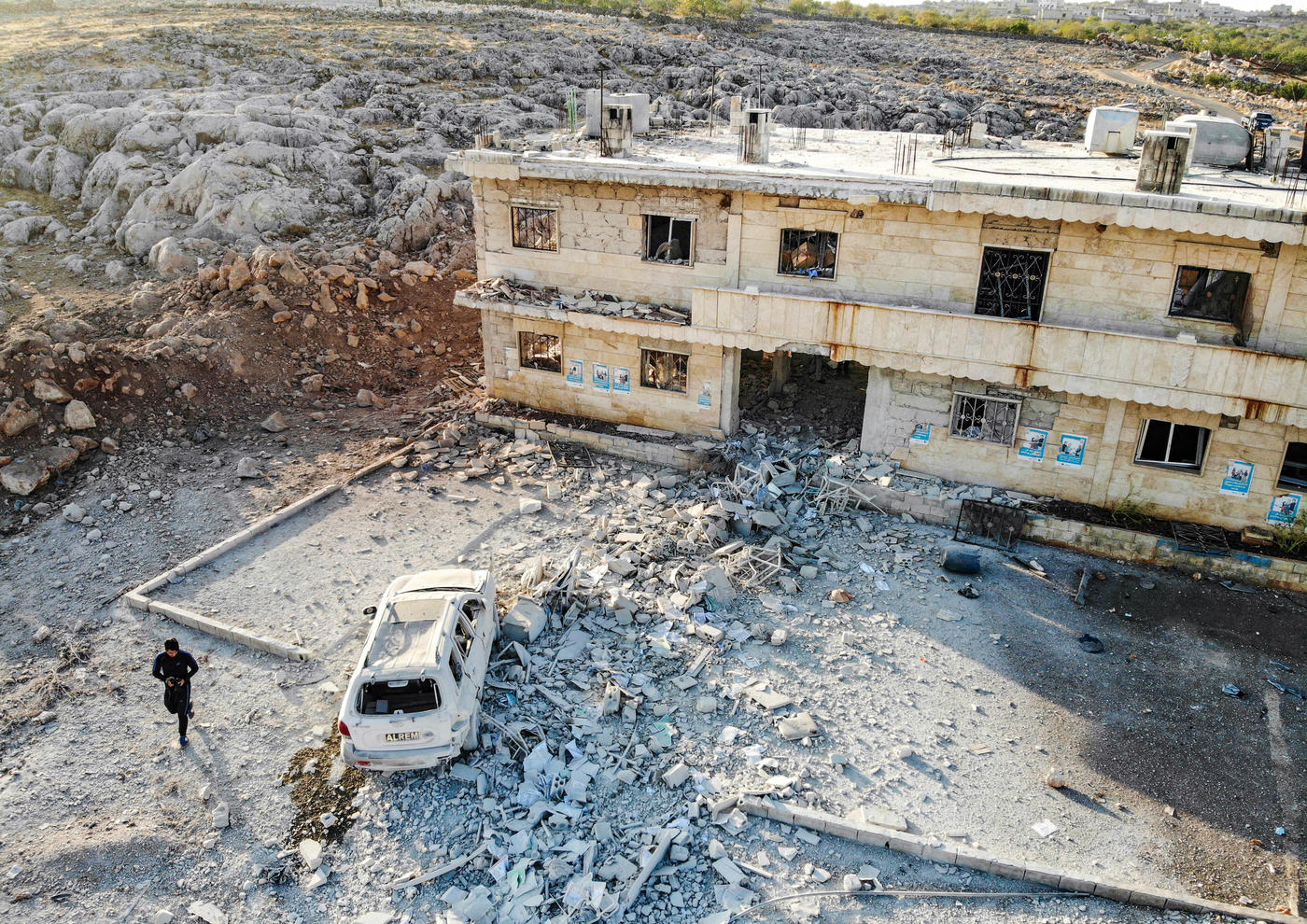 An aerial view of a hospital reportedly hit by an air strike in the Syrian village of Shinan, 30 kilometres south of Idlib (AFP/File photo)
By
Rayhan Uddin

A majority of Syrians living in the country's embattled northwest have been directly impacted by attacks on health care facilities, according to a new report published on Wednesday.

“A Decade of Destruction: Attacks on Healthcare in Syria”, released to mark the tenth anniversary of the war in Syria by the International Rescue Committee (IRC), a humanitarian NGO, surveyed 237 Syrians and 74 health care professionals in parts of the Aleppo and Idlib governorates where the last of the country's opposition now resides.

The report found that two-thirds of non-medical workers had been directly impacted by an attack on health care.

Of those, 33 percent had experienced it themselves within a facility, while 24 percent were unable to receive medical treatment due to an attack.

“My house was bombed while I was pregnant. I suffered from severe bleeding and lost my first child. I was unable to go to the clinic because I was afraid of the bombing,” Layla*, from the town of Atareb in Aleppo, told the IRC. 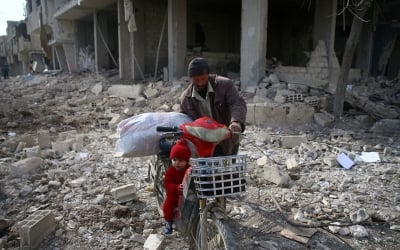 The toll was even worse on health workers, 81 percent of whom knew a colleague or patient wounded or killed due to an attack over the past decade.

“I had a friend who wanted to go to the hospital for treatment and took her children with her, and then the hospital was bombed and my friend was killed, along with one of her children,” Muna*, a psychosocial support worker, told the IRC.

“She was pregnant. It also led to the complete destruction of the neonatal intensive care unit. The incubators were destroyed, even the children inside the incubators.”

Seventy-eight percent of medical workers surveyed had witnessed an average of four attacks on health care facilities, while some had seen as many as 20 in the past decade.

“I was in the operating room during one of these attacks. A bomb hit the ground a few metres from the building. All the staff, including the people who were with me in the operating room, ran for safety, but I stayed,” said 35-year-old Dr Yamen*. “I was scared, but I couldn’t leave my patient.”

Under international law, health care facilities should be protected from attacks. However, Physicians for Human Rights have documented 595 attacks on health care in Syria since the beginning of the uprising in 2011.

Middle East Eye reported in November that the health care system in the Idlib province and northern Aleppo was on the verge of collapse due to a spike in Covid-19 cases in overcrowded displacement camps.

“Covid cases climbed to an alarming 41,406 across Syria in January this year – a more than five-fold increase in the last three months alone - and attacks on health care have severely compromised the ability of the health care system to respond to the pandemic,” said David Miliband, CEO of the IRC.

“The international community has a choice," he added. "It can drive collective efforts to ensure Syrians have continued access to the aid they require by reauthorising UN cross border aid into Syria, and it can establish meaningful steps to hold those responsible for attacks on health care to account.”

“Or it can stand by and watch as the Syria playbook becomes the blueprint for future wars in which the lawlessness and brutality of the last decade become the norm, and no longer the exception.”

*Names have been changed to protect identities Politics
Russia is a broker, not a peacemaker between Israel and Syria
Christopher Phillips Syria War
In pictures: Camp fires add to the misery of displaced Syrians