Syria tycoon Makhlouf lashes out at state in fresh accusations

On new Facebook video, Syriatel chief says government has threatened to arrest him and close his telecommunications empire if he does not step down Syrian tycoon Rami Makhlouf on Sunday said the government had threatened to arrest him and close his telecommunications empire if he did not step down and hand over his profits.

Makhlouf, a first cousin of Syrian President Bashar al-Assad, made the latest accusations against Damascus in a 16-minute Facebook video - his third recorded diatribe since April, according to AFP.

The head of Syria's largest mobile operator, Syriatel, has been embroiled in a power struggle with the Assad government since last summer when authorities seized his Al-Bustan charity and dissolved militias affiliated with him. On Sunday, Makhlouf said authorities are "demanding we forfeit our company's profits" and hand over "120 percent of the profits to the state or else we will be arrested".

He said there would be a "catastrophic" blow to the economy if Syriatel collapsed. The company is one of the war-ravaged economy's main sources of revenue - Makhlouf has said it has 11 million subscribers.

There was no immediate comment from the government, Reuters said.

Still, a few hours after the latest video was broadcast, Syria's telecoms authority announced it would take all necessary measures to recover outstanding monies owed by Syriatel for maintaining its operating licence.

When the Finance Ministry last December froze the assets of several businessmen over tax evasion and illicit enrichment, the Syrian media said Makhlouf, his wife, and companies were included.

At the end of April and again in early May, Makhlouf, who had kept a low profile throughout Syria's nine-year-war, posted scathing online attacks against authorities.

He said they were demanding $185m in payments from Syriatel, and urged Assad to intervene and reschedule the payment.

Makhlouf, who also has stakes in electricity, oil and real estate, has accused security services of detaining employees to intimidate him into stepping down from his businesses.

According to the Britain-based Syrian Observatory for Human Rights monitor, about 40 Syriatel employees and 19 from Al-Bustan have been arrested since April.

Condemning the arrests, Makhlouf claimed authorities would release the employees if he paid the $185m and resigned as head of Syriatel.

Makhlouf, 51, said he would be willing to pay the amount demanded by authorities, but the issue of his resignation was a red line.

"Whoever thinks I will resign under these conditions, doesn't know me," he said.

Makhlouf - under US sanctions since 2008 - has been seen as a pillar of the Syrian power structure since Assad succeeded his father Hafez in 2000.

Still, rumours have swirled in recent months of souring ties between Makhlouf and Assad, who is spearheading an anti-graft campaign in a bid to shore up state finances.

In an interview with Syrian state TV last October, Assad said that he has "called on everyone in the private sector who has squandered state funds to return the money". 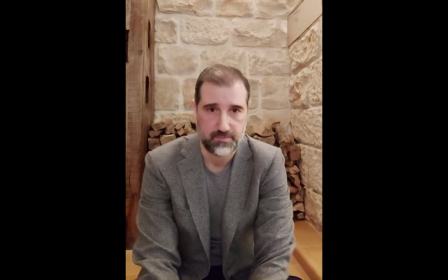 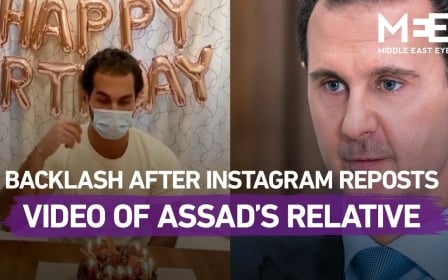