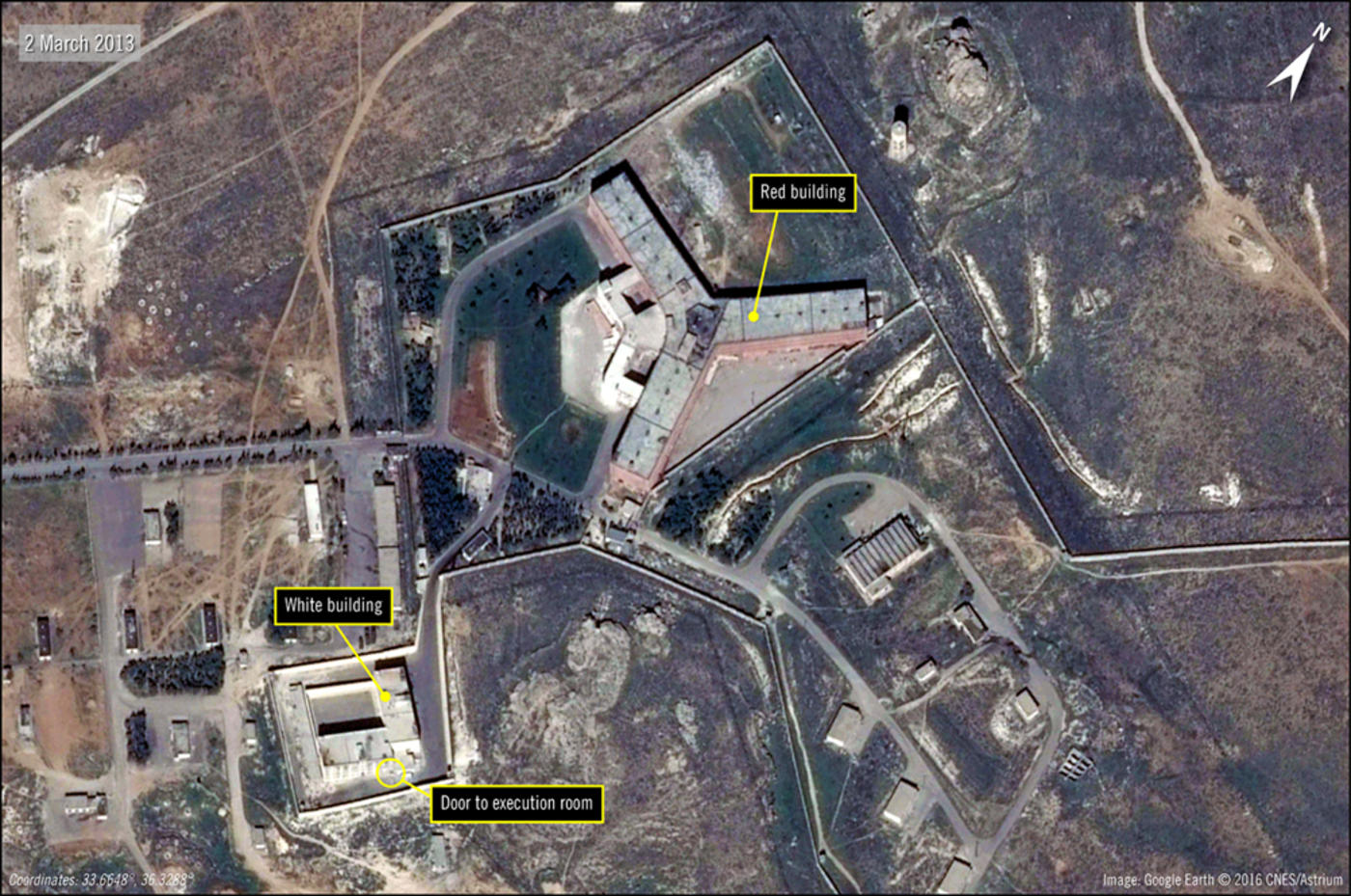 The Syrian government has installed a crematorium in a military prison in order to destroy the remains of thousands of murdered prisoners, the United States alleged on Monday.

Stuart Jones, the acting assistant secretary for Near Eastern Affairs, said the crematorium could be used to dispose of bodies from Saydnaya, where tens of thousands of people have been imprisoned during the country's six-year civil war.

"We believe that the building of a crematorium is an effort to cover up the extent of mass murders taking place in Saydnaya prison," said Jones.

The US state department also released commercial satellite photographs showing what it said is a building in the prison complex that has been modified to support the crematorium.

In presenting the photographs, Jones said Syrian President Bashar Assad's government "has sunk to a new level of depravity" with the support of Russia and Iran and called on both countries to use its influence with Syria to establish a credible ceasefire and begin political talks.

Acting Assistant Secretary for Near Eastern Affairs Stuart Jones briefs the press on the situation in #Syria. pic.twitter.com/atXOkJp1BG

Jones said Washington's information came from credible humanitarian agencies and from the US "intelligence community" and that as many as 50 people per day are thought to be hanged at Saydnaya.

The latest satellite photograph presented by Jones dated to January 2015, more than two years ago, and it was not immediately clear why the United States waited to present its evidence.

Can't help but wonder about the timing of the State Department's revelation that the Syrian government has been using a crematorium.

Amnesty International said in February that the Syrian government executed up to 13,000 prisoners in mass hangings and carried out systematic torture at the military jail near Damascus.

Amnesty said the executions took place between 2011 and 2015, but were probably still being carried out and amounted to war crimes.

It called for a further investigation by the United Nations, which produced a report last year with similar accusations also based on extensive witness testimonies.

Assad's government has rejected accusations of torture and extrajudicial killings in a war that has claimed hundreds of thousands of lives.

The Amnesty report said an average of 20-50 people were hanged each week at the Saydnaya military prison north of Damascus.

Between 5,000 and 13,000 people were executed at Sednaya in the four years after a popular uprising descended into war, it said.

Jones said Washington is not specifically accusing Moscow or Tehran of complicity in the alleged Saydnaya killings, but said Russia is aware of and has supported other abuses.

And he said last week's visit by Lavrov to the White House was "an opportune time to remind people about the atrocities that are being carried out inside of Syria all the time."

US President Donald Trump came to office vowing to focus US efforts in Syria on defeating the Islamic State (IS) group and he said he hoped to work with Putin, whose forces are fighting to defend the Syrian government, in this goal.

But tensions between Washington and Moscow heightened after Trump ordered a cruise missile strike in April against a Syrian air base that the United States said had been used to launch a poison gas attack on civilians.