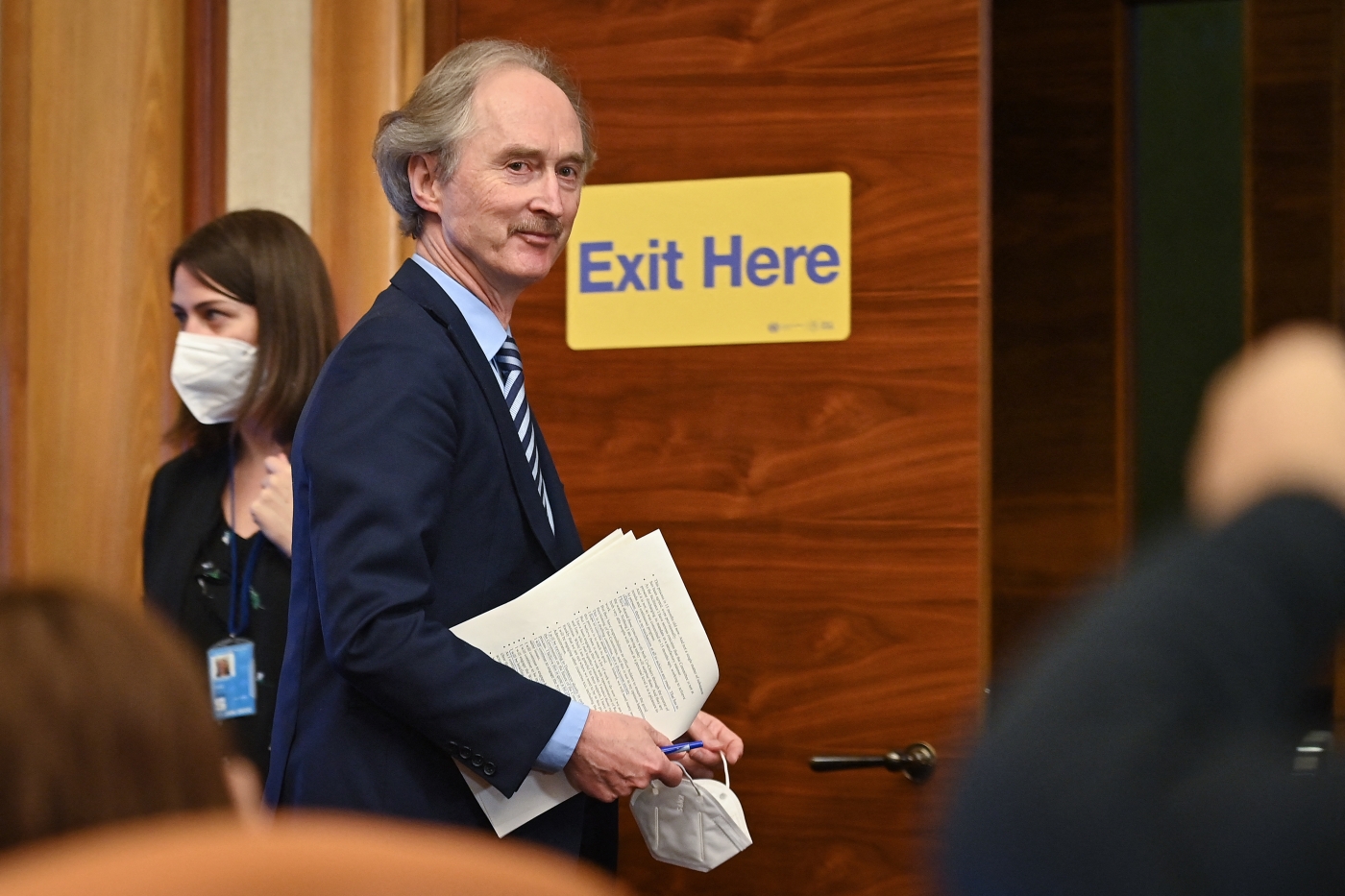 Geir Pedersen, the UN special envoy for Syria, attending the fifth round of the Syrian Constitutional Committee session on 29 January 2021 at the UN offices in Geneva, Switzerland (AFP)
By
Andrei Popoviciu

The sixth session of the Syrian Constitutional Committee started on Monday in Geneva, seeking to rewrite the country's constitution after more than a decade of war.

Backed by the United Nations, the committee was created in 2019, bringing together government, opposition and civil society representatives from Syria. Monday marks the first meeting of the committee since January.

Geir Pederson, the UN special envoy to Syria,  met on Sunday with the two committee co-chairs, the first meeting between Hadi Albahra, head of the opposition delegation, and Ahmed Kuzbari, head of the government delegation.

Albahra has said his delegation would focus on equal rights reforms for all Syrians.

"Because we don't have separation of power in the current constitution, it created an imbalance, which was utilised in the wrong ways," he said in a news briefing on Sunday night.

Pederson described the meeting between the government and opposition representatives as “frank” and “serious” in a press conference on Sunday.

The envoy said the co-chairs have agreed to “prepare and start drafting constitutional reform” and that they will discuss “clear principles” regarding the constitution. The committee is made up of a small and large body. The 45 members of the small body are tasked with preparing and drafting the new constitution this week.

They will then send the points they agreed upon to the large body, which is made up of 150 members from the same stakeholder groups.

The large body can adopt the proposals if they reach a 75 percent approval threshold.

Negotiations are taking place almost 11 years after country-wide protests against President Bashar al-Assad were brutally repressed, devolving into a bloody civil war that has killed more than 350,000 people, according to the UN - which has admitted that the real toll is likely to be much higher.

The British-based Syrian Observatory of Human Rights, meanwhile, estimates that more than half a million Syrians have been killed in over a decade, including military casualties.

Assad was re-elected president for a fourth time in May, with 95.1 percent of the vote, in an election that has been widely denounced as fraudulent.

Pederson said that despite the relative calm on the ground since March 2020, talks are not happening in a “vacuum”, but with an emphasis on the “difficult humanitarian and economic situation” on the ground and the “more than 13 million Syrians in need of humanitarian assistance and close to 90 percent are living below the poverty line”.

“The Syrian Constitutional Committee is an important contribution to the political process,” Pederson said, “but the committee in itself will not be able to solve the Syrian crisis.”