As Syria war tightens, US and Russia military hotlines humming

As forces backed by Russia and US scramble to capture what is left of IS territory, risk of accidental contact increases 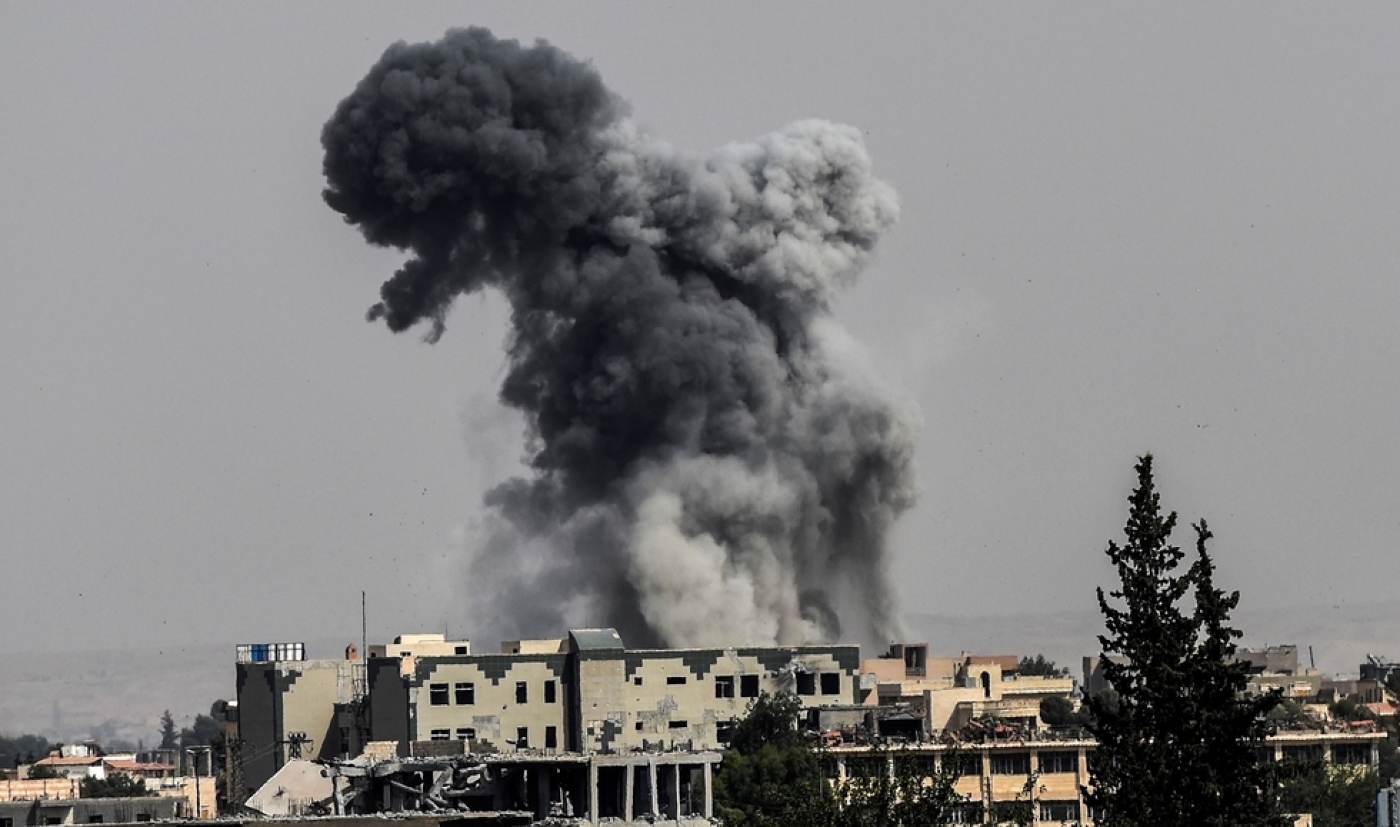 Even as tensions between the United States and Russia fester, there is one surprising place where their military-to-military contacts are quietly weathering the storm: Syria.

It has been four months since US President Donald Trump ordered cruise missile strikes against a Syrian airfield after an alleged chemical weapons attack.

In June, the US military shot down a Syrian fighter aircraft, the first US downing of a manned jet since 1999, and also shot down two Iranian-made drones that threatened US-led coalition forces.

All the while, US and Russian military officials have been regularly communicating, US officials told Reuters. Some of the contacts are helping draw a line on the map that separates US- and Russian-backed forces waging parallel campaigns on Syria's shrinking battlefields.

There is also a telephone hotline linking the former Cold War foes' air operations centres. US officials told Reuters that there now are about 10 to 12 calls a day on the hotline, helping keep US and Russian warplanes apart as they support different fighters on the ground.

That is no small task, given the complexities of Syria's civil war. Moscow backs the Syrian government, which also is aided by Iran and Lebanon's Hezbollah as it claws back territory from Syrian rebels and Islamic State group (IS) militants.

The US military is backing a collection of Kurdish and Arab forces focusing their firepower against IS, part of a strategy to collapse the group's self-declared "caliphate" in Syria and Iraq.

Reuters was given rare access to the US Air Force's hotline station, inside the Qatar-based Combined Air Operations Area, last week, including meeting two Russian linguists, both native speakers, who serve as the US interface for conversations with Russian commanders.

While the conversations are not easy, contacts between the two sides have remained resilient, senior US commanders said.

"The reality is we've worked through some very hard problems and, in general, we have found a way to maintain the deconfliction line (that separates US and Russian areas of operation) and found a way to continue our mission," Lieutenant General Jeffrey Harrigian, the top US Air Force commander in the Middle East, said in an interview.

As both sides scramble to capture what is left of IS's caliphate, the risk of accidental contacts is growing.

"We have to negotiate, and sometimes the phone calls are tense. Because for us, this is about protecting ourselves, our coalition partners and destroying the enemy," Harrigian said, without commenting on the volume of calls.

The risks of miscalculation came into full view in June, when the US shot down a Syrian Su-22 jet that was preparing to fire on US-backed forces on the ground.

US officials, speaking on condition of anonymity, said those were not the only aircraft in the area. As the incident unfolded, two Russian fighter jets looked on from above and a American F-22 stealth aircraft kept watch from an even higher altitude, they told Reuters.

After the incident, Moscow publicly warned it would consider any planes flying west of the Euphrates River to be targets. But the US military kept flying in the area, and kept talking with Russia.

"The Russians have been nothing but professional, cordial and disciplined," Army Lieutenant General Stephen Townsend, the Iraq-based commander of the US-led coalition, told Reuters.

In Syria, US-backed forces are now consumed with the battle to capture IS's former capital of Raqqa. More than half the city has been retaken.

Officials said talks were underway to extend a demarcation line that has been separating US- and Russian-backed fighters on the ground as fighting pushes toward Islamic State's last major Syrian stronghold, the Deir Ezzor region.

US Defence Secretary Jim Mattis, during a visit to Jordan this week, said the line was important as US- and Russian-backed forces come in closer proximity of each other.

'We're prisoners': Syrians trapped in SDF camps after escape from IS
Read More »

"We do not do that [communication] with the [Syrian] regime. It is with the Russians, is who we're dealing with," Mattis said.

"We continue those procedures right on down the Euphrates River Valley."

Bisected by the Euphrates River, Deir Ezzor and its oil resources are critical to the Syrian state.

The province is largely in the hands of IS, but has become a priority for pro-Syrian forces. It also is in the crosshairs of the US-backed Syrian Democratic Forces (SDF).

SDF spokesman Talal Silo told Reuters last week that there would be an SDF campaign towards Deir Ezzor "in the near future," though the SDF was still deciding whether it would be delayed until Raqqa was fully taken from IS.