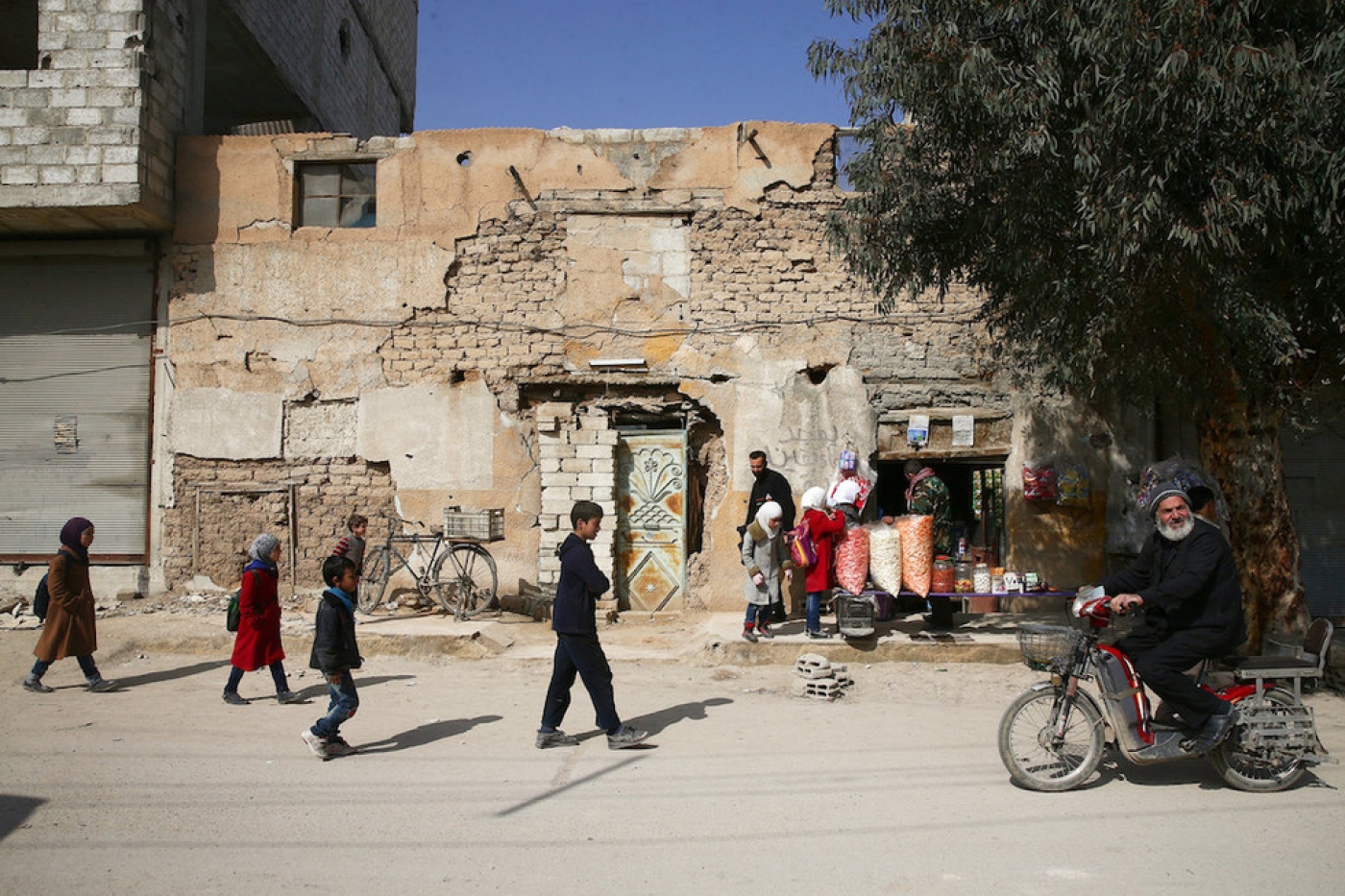 They Syrian army and its allies gained control of an arterial road in a small rebel pocket in northeast Damascus early on Monday, bringing them close to splitting the enclave in two, a Britain-based war monitor reported.

The advance was along a road that links the besieged districts of Barza, al-Qaboun and Tishrin near the Eastern Ghouta area of towns and farms that spreads out from the Syrian capital, the Syrian Observatory for Human Rights said.

The Barza, Qaboun and Tishrin area had already been isolated from the main rebel enclave in Eastern Ghouta, a region that has witnessed increasing violence since the beginning of the year.

There was also fighting overnight between the army and its allies and rebels in the southern city of Daraa and in areas near Aleppo in the northwest and Hama in the west accompanied by heavy bombardment and air strikes, the Observatory said.

The war has dragged in regional and global powers, caused hundreds of thousands of deaths and sparked the worst refugee crisis since the second world war since it grew out of a mass uprising against Assad that began six years ago on Wednesday.

Assad's allies Russia and Iran and the rebels' backer Turkey sent delegations on Monday to Astana in Kazakhstan for a new round of peace talks but insurgents on Saturday demanded it be postponed because fighting has continued despite a ceasefire.

The army and its allies are trying to force rebels to agree to truces similar to those that have led to the evacuation of thousands of opposition fighters to northern Syria from other besieged pockets.

It has for weeks concentrated air strikes on Qaboun district, effectively ending a ceasefire that rebels in the area agreed with the Syrian army which had been in place since the end of 2013. Barza also agreed a full truce with the government in 2014. Syria War
Violence against Syria's children 'at its worst' in 2016: UN