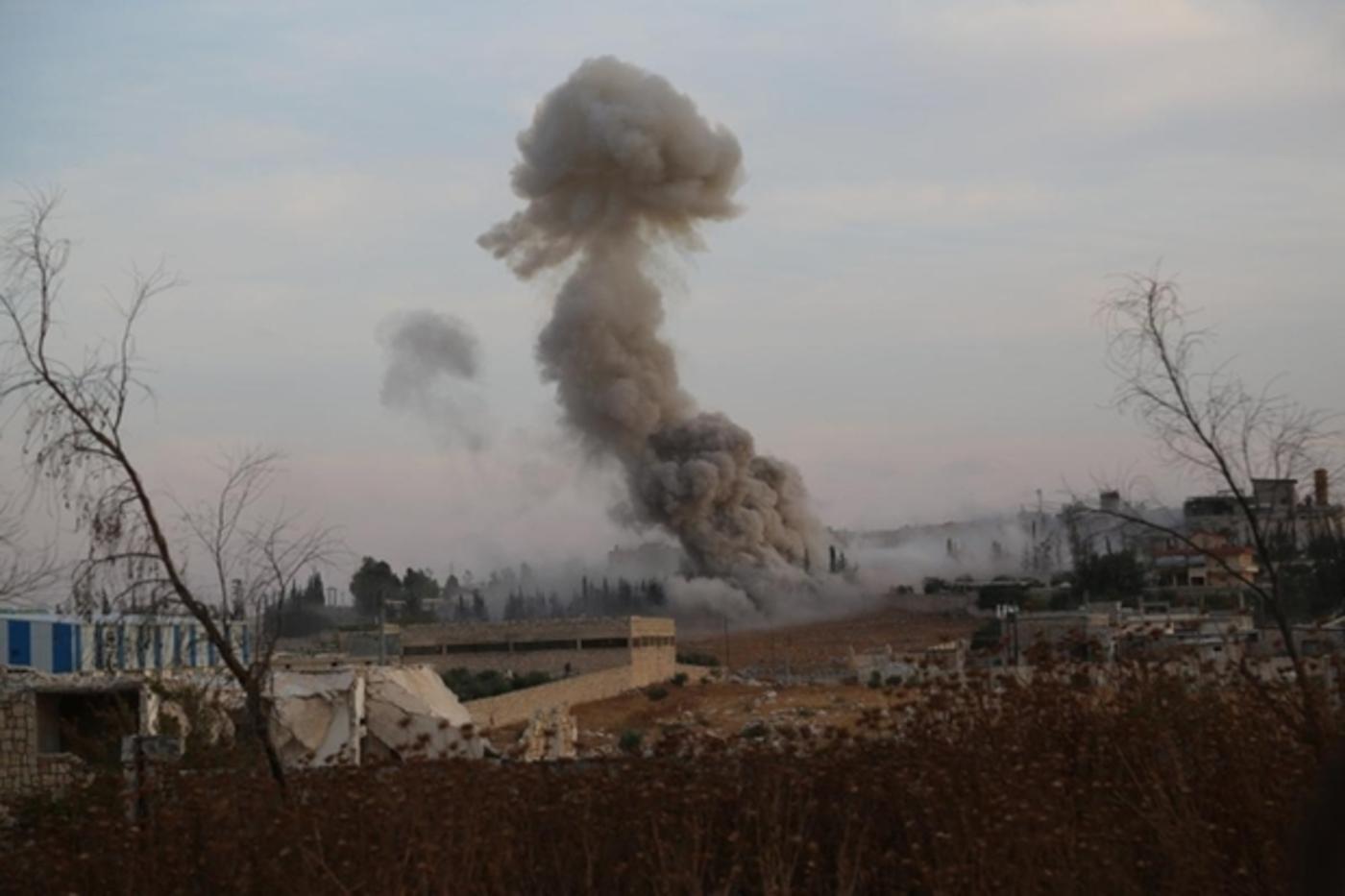 Syrian army troops aided by Russian airstrikes fought their fiercest clashes with rebels in weeks on Monday, as US-led coalition forces parachuted ammunition to rebels battling Islamic State (IS) group fighters in the north of the country.

In a complex conflict involving several foreign players, Moscow at the end of last month began airstrikes in support of President Bashar al-Assad against his armed foes, branding them "terrorists".

Washington and Europe accuse Moscow of targeting rebel groups other than al-Nusra Front or IS that oppose the Syrian leader, and say ousting Assad is key to ending Syria's bloody four-year civil war.

Moscow said its air force had hit 53 targets in Syria in the past 24 hours in four provinces - Hama, Homs, Latakia and Idlib - which had severely disrupted IS supply chains.

Meanwhile, the US said coalition forces had airdropped ammunition to the Syrian Arab Coalition (SAC), which has been fighting IS near their northern stronghold of Raqqa for months.

US forces say they have carefully vetted the leader of the group, which includes between 4,000 and 5,000 fighters, according to a Baghdad-based spokesman for the US-led coalition fighting IS, after heavy criticism of Washington's previous programme to train and equip fighters to battle IS.

Speaking on condition of anonymity, a US official told AFP the drop included 50 tonnes of ammunition.

A US-led coalition has for the past year carried out airstrikes on IS, which controls swathes of both Syria and neighbouring Iraq.

In the latest fighting, Syrian troops and allied forces gained ground in the central province of Hama, advancing on the strategic Sahl al-Ghab plain backed by Russian air power.

"The clashes are the fiercest since the Russian air campaign began on 30 September," Observatory chief Rami Abdel Rahman said, adding that dozens of Russian airstrikes hit Sahl al-Ghab on Monday.

Sahl al-Ghab lies at the intersection of the provinces of Hama, Latakia and Idlib - controlled by the powerful Army of Conquest rebel alliance, which includes al-Qaeda affiliate Al-Nusra Front - and has been a major target for Russian strikes.

Syria's army command also reported advances in northern Latakia province, the coastal stronghold of the government, and said government forces had taken control of a zone outside Aleppo in the north.

As fighting intensified on the ground, the UN peace envoy to Syria, Staffan de Mistura, said he would head to Moscow then Washington to push his initiative for a political settlement to end the Syrian conflict.

Acknowledging that Russia's airstrikes had "introduced new dynamics" to the brutal conflict, he has proposed creating contact groups in addition to four working groups composed of Syrian opposition and government representatives.

The envoy has refused to reveal their proposed makeup, but said Russia and the United States would account for the "nucleus core" of the outside contact group.

"But then, without Saudi Arabia and Iran and Turkey and other regional players, obviously any contact group would not be possible or become productive," he added.

"The recent Russian military attacks that go beyond Daesh (IS) and other UN-designated terrorist groups, as well as on the moderate opposition, are of deep concern and must cease immediately," the 28 ministers said in a statement.

The statement also reiterated the need for a political transition to end the conflict that began with anti-government protests in March 2011.

"There cannot be a lasting peace in Syria under the present leadership," the EU ministers said.

More than 240,000 people have been killed in the conflict and upwards of four million Syrians have become refugees.

In Baghdad, security services said they were checking reports that IS chief Abu Bakr al-Baghdadi had been wounded in an Iraqi airstrike on his convoy as it was heading to an IS leadership meeting.

Such claims have been made in the past and never verified, and pro-IS social media accounts mocked the reports.