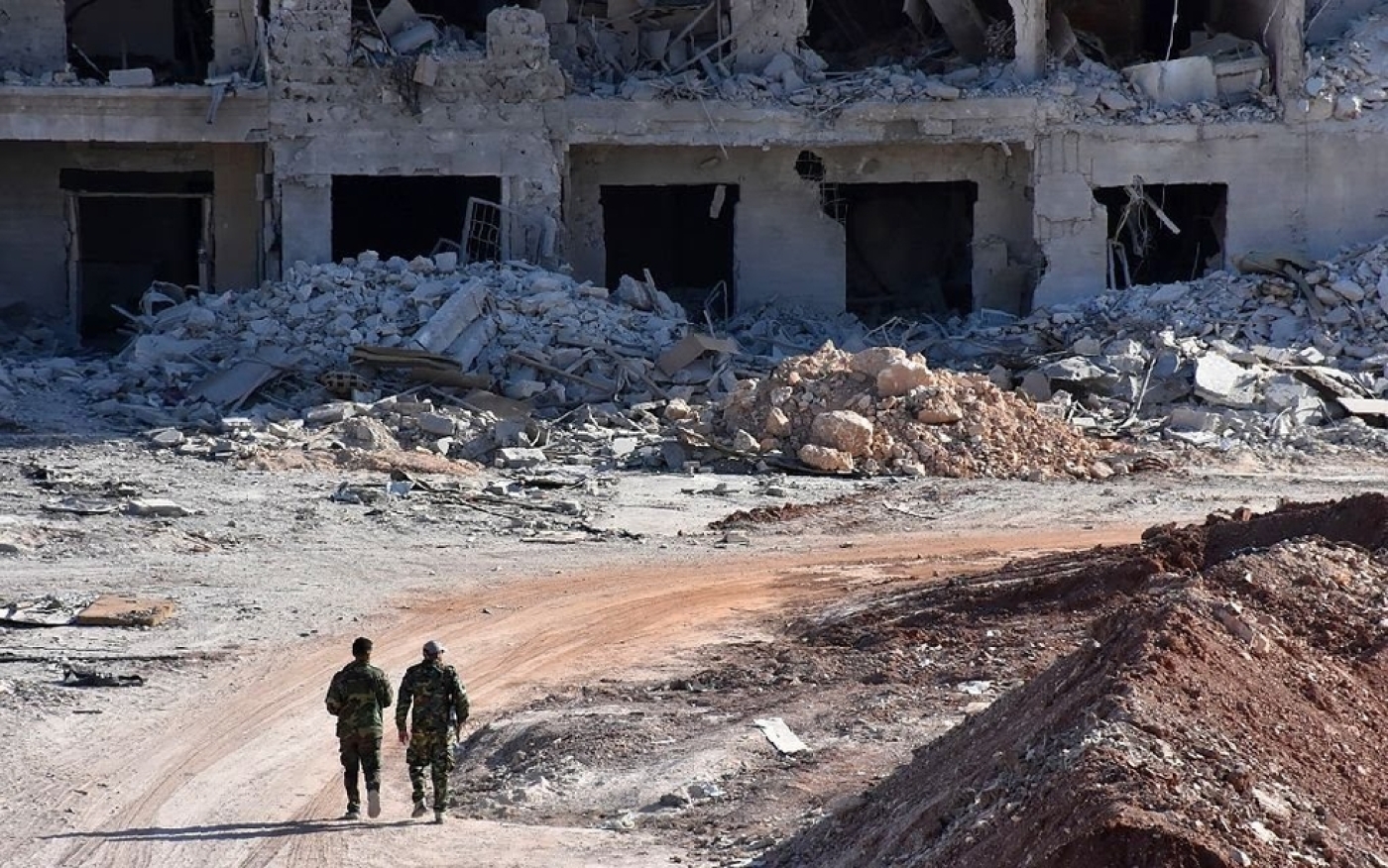 Soldiers survey rubble in Aleppo (AFP)
By
MEE and agencies

The Syrian army captured the Dahiyet al-Assad district of western Aleppo on Saturday, reversing all the gains made by rebels two weeks into their counter-attack against government-held areas, a war monitor and rebel official said.

The Syrian Observatory for Human Rights, a British-based war monitor, said the army and its allies made several advances on the divided city's western edge this week, hampering the rebel offensive to break the siege of opposition-held districts.

After heavy air strikes pounded the area, Syrian government forces took Minian village and nearby positions, which were captured by rebels last month, the Observatory said.

More footage of Syrian and allied forces during the recapture of Minyan, western Aleppo. pic.twitter.com/3sZZOUckBQ

Zakaria Malahifji, head of the political office of the Fastaqim rebel group fighting in Aleppo, confirmed the army's advances.

"Of course, when the regime takes control, it has a negative effect, but there is persistence" among the factions, he said. "And hopefully there will be change in the coming days."

The city has been divided for years between the government-held west and rebel-held east.

Quoting a Syrian military source, state news agency SANA said the army and its allies were steadily advancing on the western outskirts.

This week the army also captured the 1070 Apartments district and nearby hills in southwest Aleppo, a focal point of fighting for months and important because of its position alongside a corridor used by the government into the western zone.

Russia meanwhile said it would need the UN mission in Syria to formally confirm its ability to deliver aid to eastern Aleppo before Moscow agreed to any new humanitarian pauses in fighting in the shattered Syrian city.

Moscow says previous temporary ceasefires on the ground, called to allow aid deliveries and the evacuation of the wounded and civilians, have come to nothing because rebels have opened fire on anyone trying to come in or out.

Rebels contest that and say it is the Syrian army and its allies who have sabotaged the humanitarian pauses. The UN has maintained that the temporary truces are not enough to guarantee its workers' safety or ability to enter the city.

"The Russian defence ministry will be ready to consider introducing new 'humanitarian pauses' at any time as soon as representatives of the UN mission in Syria officially confirm their readiness and possibility to deliver humanitarian aid to eastern Aleppo and to evacuate wounded and sick civilians," said Igor Konashenkov, a major-general, in a statement.

The occasional humanitarian pauses on the ground are distinct from a unilateral moratorium on Russian air strikes on rebel targets inside Aleppo, which remains in place for now. Russia's comments come as Syrian government forces recaptured all of the areas taken by rebel fighters in a recent assault intended to break the siege on eastern Aleppo.

The Syrian Observatory for Human Rights said on Saturday that the army had recaptured key areas including the western district of Dahiyet al-Assad and the village of Minyan outside the city.

The reversals undo all of the progress made during a recent push by opposition fighters, including former al-Qaeda affiliate Jabhat Fateh al-Sham, as they tried to end a government siege on eastern Aleppo city.

Government forces surrounded rebel-held east Aleppo in July, severing the last supply line into opposition neighbourhoods and imposing a blockade that has led to food and fuel shortages.

Rebels have tried several times to break the siege, succeeding briefly in August, but no aid has entered the east since July.

The monitor said more than 450 fighters and civilians had been killed since the rebels began their latest bid to break the siege on October 28. The dead include 215 Syrian and foreign opposition fighters, including some who carried out suicide bomb attacks, and 143 government soldiers.

Nearly 100 civilians were also killed in the fighting, the majority of them in government-held west Aleppo, where 29 children were among those killed in waves of rebel rocket fire. Once Syria's economic powerhouse, Aleppo has been ravaged by the war that began with anti-government protests in March 2011.

The city has been divided since mid-2012, and in September, the government announced an operation to recapture all of Aleppo.

The government assault, backed by Russian warplanes, has killed hundreds of people in east Aleppo and damaged and destroyed infrastructure including hospitals. More than 300,000 people have been killed in Syria's five-year war. 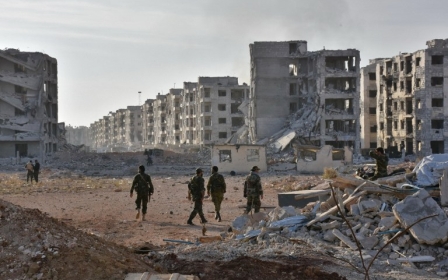 Syria War
‘We are watching’: Russia’s fight to take Aleppo for good is about to begin
Haid Haid Syria War
US hypocrisy: Bombing of Aleppo is no worse than what happened in Gaza and Iraq
Gareth Porter