The military chief and several top commanders of the al-Qaeda-affiliated al-Nusra Front have been reported killed in northwestern Syria, where the militia has been making major gains in recent months.

Syrian state media, a monitoring group and a local activist reported that Abu Hammam al-Shami had been killed but information on the circumstances of his death was contradictory.

Official Nusra sources did not announce the death of the militant.

"Shami... was killed with a number of other leaders during a special operation by the army" in Idlib province, Syrian state news agency SANA reported, without specifying a date.

Rami Abdel Rahman, the head of the Syrian Observatory for Human Rights monitoring group, also said the commander had been killed but that the circumstances of his death were unclear.

"Shami died of injuries on Thursday, but it is not clear when he sustained them," Abdel Rahman told AFP.

He said Shami may have been one of five Nusra leaders wounded in an air strike on Idlib province on 27 February by the US-led coalition attacking militants in Syria.

An official Nusra statement that day named two commanders killed in that strike but did not mention Shami.

Local Syrian activist Ibrahim al-Idlibi told AFP Shami had been killed in that raid but that Nusra had not published his name due to the "sensitivity" of the information.

Most powerful military force in Idlib

Already the most powerful military force in Idlib province, Nusra dealt a major blow to one of its rivals - the Western-backed Hazm movement - at the weekend when it seized Hazm's base in Aleppo province.

Nusra also claimed to have led a spectacular assault against a regime intelligence headquarters in Aleppo city on Wednesday, blowing up a tunnel near the building before storming the surrounding area.

Attacks on the group's leadership are "an indication of the rising strength and influence of Nusra on the ground in Syria in recent months," said Lina Khatib, director of the Carnegie Middle East Centre think tank.

"Because it operates in a decentralised manner, not top down, the loss of a leader is something that Nusra can recover from with minimal damage," she said.

But Idlibi, the local activist, disagreed.

"It's a definite hit to the morale of Nusra's supporters," he said.

He said there were rumours of serious internal disputes within Nusra's ranks regarding an apparent Qatar-led proposal for Nusra to split off from Al-Qaeda.

"They want to turn it into something like the Taliban - into a political movement," he said.

Idlibi said Nusra political chief Abu Mohamed al-Jolani is in favour of the split, while Shami was against it.

Nusra has emerged as the most powerful militant group in northwestern Syria and, as well as fighting President Bashar al-Assad's forces, has clashed with moderate rebels and its rival the Islamic State group.

"Abu Humam's killing is very significant ... But this group has built itself in a way that when one of its leaders is killed it won't leave a gap," an aunmaed commander of a rival Islamist brigade in northern Syria told Reuters. 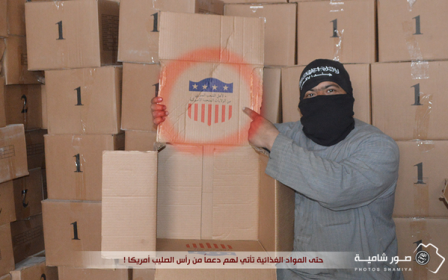