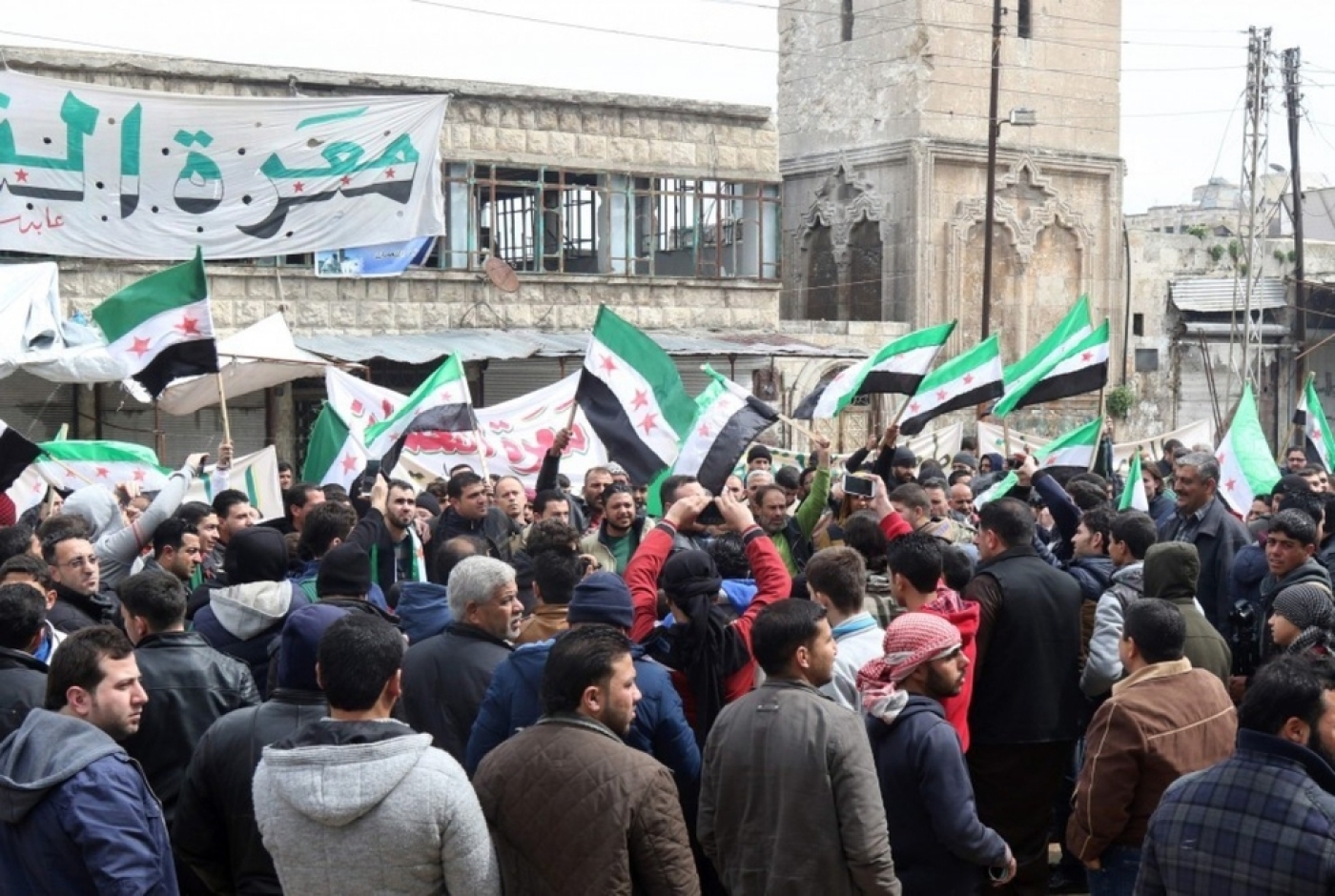 Inter-rebel clashes broke out across northern Syria over the weekend, with several left dead and scores injured.

Accordings to witnesses and rebel sources, Turkish-backed rebels fought each other on Sunday in the Syrian town of al-Bab in the first bout of rebel fighting since they seized the town in February from Islamic State (IS) militants.

It was not clear what triggered the armed clashes between rival rebel groups who hold sway in the city since it was seized from IS.

Turkey sent its military into Syria last year in support of the Arab Sunni rebels, an operation dubbed "Euphrates Shield" which was aimed at driving both IS and Kurdish militia forces away from its border.

Checkpoints were installed by the Turkish-controlled military council that runs the city where thousands of people have been returning in recent months with the gradual resumption of basic services, a resident who was contacted in the city said.

Rebel infighting has been a major weakness of the revolt against President Bashar al-Assad's rule since its earliest days, with rebel factions divided by both ideology and local power struggles.

In the last few days deadly clashes have also broken out in the town of Maarat al-Numan, in the northwestern province of Idlib, between Hayat Tahrir al-Sham (HTS), a merger of militant groups spearheaded by a former al-Qaeda offshoot, and other rebel groups.

According to the pro-Assad al-Masdar news site, clashes erupted on Friday evening after HTS raided the headquarters of Faylaq al-Sham and Division 13.

Another picture from yesterday protest against #HTS in Maarat al-Numan pic.twitter.com/9xADiq6aWr

Dozens were reportedly killed and captured.

Locals have been unhappy with the presence of HTS, led by the group former known as Jabhat al-Nusra, and clashes have repeatedly broken out between the group and the local Free Syrian Army group Division 13.

According to the Syrian Observatory for Human Rights (SOHR), demonstrations took place in the village of Marshourin in the Idlib countryside following the raiding of the rebel headquarters, and then proceeded down to Maarat al-Numan. Fighters from HTS fired into the air in attempt to break up the demonstrations.

Video released on Friday appears to show men and women surrounding the the headquarters of HTS in Maarat al-Numan and chanting "shabiha!" a derogatory term originally referring to Assad's paramilitary enforcers:

One sign, written in English, held up in the demonstration said "Russian and al-Assad airplanes are easier than your injustice".

Following the clashes it was reported that Divison 13 would be dissolved. The Free Idlib Army, of which Division 13 is a constituent part, agreed the dissolution in a joint statement with HTS, as well as the handing over of the division's headquarters.

According to a statement a meeting was held in downtown Maarat al-Numan on Sunday afternoon between local council members, elders and HTS to discuss the rising tensions between the different groups.

Syria's five-year conflict began with anti-government demonstrations, but has since turned into a complex war increasingly dominated by militant groups including Islamic State.

More than 320,000 people have been killed and millions have been forced to flee their homes since March 2011. 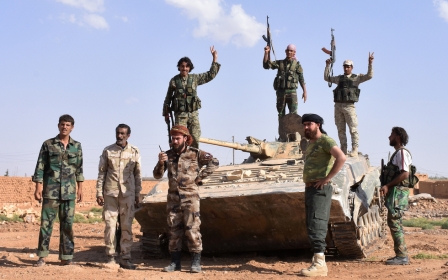