Russia's increased military role in Syria would 'show up America's lack of a clear strategy' against militants, says Walid Muallem Syria has predicted that Russia's growing military role will prove a game changer in the fight against militants, as 75 rebels trained under a beleaguered US programme entered the fray.

US Secretary of State John Kerry, by contrast, said Moscow's support for the government in Damascus only risked sending more militants to conflict-wracked Syria and could further hamper peace efforts to end the country's years-long civil war.

"More important than the supply of arms to Syria is Russia's participation in the fight against Daesh and (Al-Qaeda franchise) Al-Nusra Front," Syrian Foreign Minister Walid Muallem said, using an Arabic acronym for the Islamic State (IS) militants, on Sunday.

Muallem, quoted by Syrian media in an interview with Russia Today television, said Moscow's increased role would "show up America's lack of a clear strategy" against IS.

Russian President Vladimir Putin has provided vital support to his Syrian counterpart Bashar al-Assad throughout the conflict, which had erupted as peaceful pro-reform protests in 2011 before a bloody government crackdown that later morphed into a civil war.

Moscow argues that any military support is in line with existing defence contracts, but reports have surfaced this month of secret deployments to Syria, where Russia has a naval facility.

Russian President Vladimir Putin's spokesman said on Friday that Moscow would consider any request for troops from Assad.

Washington, which has led an international coalition carrying out airstrikes against IS in both Syria and neighbouring Iraq over the past year, has repeatedly warned Moscow that bolstering Assad will only make the situation worse.

A US-backed rebel faction and a monitoring group said on Sunday that 75 Syrian rebels trained to fight IS under a beleaguered American programme have crossed into northern Syria from Turkey.

Hassan Mustafa, spokesman for the "Division 30" unit to which some of the rebels were deployed, confirmed to AFP that the group had entered Syria.

"Their training in Turkey lasted two months and they went directly to the front lines with Daesh. They are now in the town of Tal Rifaat," Mustafa said.

According to Abdel Rahman, the group entered in a convoy of a dozen cars with light weapons and ammunition, under air cover from the US-led coalition.

Before the fresh batch of fighters, the US-led train-and-equip programme had only managed to vet and train some 60 rebels to fight IS militants on the ground.

The $500mn programme run out of Turkey has been fraught with problems.

Shortly after the 54 fighters embedded with Division 30 in July, they suffered a devastating assault by Al-Nusra Front.

More than a dozen of Division 30's fighters were either killed or kidnapped by Al-Nusra, which accused them of being "agents of American interests".

The United States has since used its air power to help Division 30 push back other Nusra attacks and has said Syrian troops could be targeted if they attacked the US-backed forces.

US officials have also expressed fears Russia may strike the rebels fighting Assad and ultimately risk a confrontation with forces fighting IS.

Moscow has been pushing for a broader coalition of forces to take on IS.

On a visit to Berlin, Kerry said that "continued military support for the regime by Russia or any other country risks the possibility of attracting more extremists and entrenching Assad and hinders the way for resolution".

But despite its reservations, the United States on Friday launched military talks with Russia on the four-year-old conflict that has cost more than 240,000 lives.

French Defence Minister Jean-Yves Le Drian, meanwhile, arrived in the United Arab Emirates on Sunday, days after he said France would also launch airstrikes against IS in Syria "in the coming weeks".

On the ground, a new ceasefire went into effect on Sunday between pro-government forces and Islamist rebels in three battleground districts, a local official and the Britain-based Observatory said.

The truce covers the two remaining villages in Idlib province in the northwest still in government hands and the rebels' last stronghold near the Lebanese border, the town of Zabadani.

"The truce in Zabadani, Fuaa and Kafraya which began at noon (0900 GMT) has held except for some sporadic fire on Fuaa in the afternoon," said Abdel Rahman.

Abdel Rahman said the agreement "did not specify an end for the ceasefire" and that the rival sides would continue negotiations for a broader truce.

A member of Zabadani town council, which has been involved in the talks, confirmed that negotiators had set no end date.

Pro-government forces launched an offensive to try to recapture Zabadani in July, prompting a rebel alliance, including Al-Nusra, to besiege the Idlib villages of Fuaa and Kafraya, whose residents are Shia.

A resident of the town of Madaya, adjacent to Zabadani, told AFP the situation there was "completely calm".

The ceasefire comes after the rebels launched one of their fiercest attacks to date on Fuaa and Kafraya.

At least 66 rebels, 40 pro-government militiamen and seven civilians were killed in the latest assault, according to the Observatory.

Sunday's ceasefire is the third attempt to agree a truce for the three areas. A ceasefire last month lasted only 48 hours. 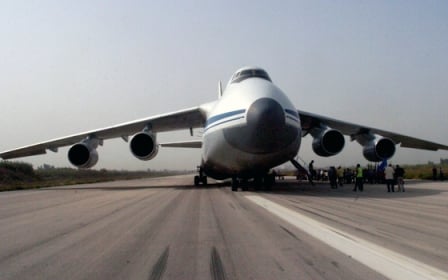 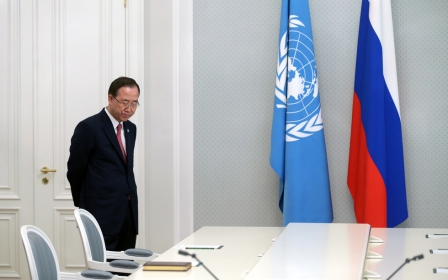