SDF, backed by US-led coalition warplanes, has rained fire on IS, forcing thousands of them and their families to surrender SDF fighter totes machine gun near Baghouz, Syria, where IS militants are holding out (AFP)
By
MEE and agencies

Syrian Democratic Forces (SDF) said on Sunday that thousands of people were believed to still be inside the last Islamic State (IS) group enclave in eastern Syria, as they sought to flush out die-hard militants.

At an SDF outpost in Baghouz on Sunday, an AFP correspondent saw white smoke rising above the IS enclave as the sound of air strikes and shelling rang out.

It is all that remains of IS in the heartland of the territory it seized in 2014, taking advantage of the chaos in Iraq and Syria to grab about a third of both countries and eradicating the border between them.

#BREAKING: Based on information from captured #ISIS members, an estimated 5,000 fighters and their families remain in #Baghouz, according to SDF spox @KinoGabriel1 pic.twitter.com/RLfkNzlfaj

After dark, a Kurdish TV channel broadcast live footage showing fires raging and the swift glow of rockets pounding into the enclave accompanied by the sound of intense gunfire.

Tens of thousands of dishevelled women, children and men have streamed out of a small pocket in the village of Baghouz near the Iraqi border in recent weeks - and they still keep coming.

The huge numbers have flummoxed the SDF and slowed their offensive aimed at dealing a knock-out blow to the militants’ once-sprawling territory.

The Kurdish-led force, backed by US-led coalition warplanes, has rained fire on the militants for a week, forcing thousands of them and their family members into surrender.

Still, SDF spokesman Kino Gabriel told a news conference on Sunday that according to the latest group that quit the pocket, "an estimated 5,000 people" are still holed up inside.

He cautioned that the SDF has not been able to verify that figure.

The SDF spokesman said there was no clear timeline for the end of the operation, estimating that it may take several more days at least before IS is driven from its last pocket. Whether defiant or repentant, IS's foreign women have no hope of return
Read More »

"I hope it won't take more than a week, but this is a personal estimate," he said from the village of Sousa in eastern Syria.

More than 1,300 militants have been killed and about 520 have been captured in special operations by the SDF since the battle for Baghouz started, Gabriel said.

Gabriel said that almost 30,000 IS members and their relatives have surrendered to US-backed forces since 9 January, including more than 5,000 militants.

An additional 34,000 civilians have been evacuated from the IS redoubt over the same period, he said.

This has sparked a humanitarian crisis in Kurdish-run camps for the displaced farther north, where civilians have been transported.

The SDF said on Saturday that dozens of militants and their relatives had handed themselves over.

They include Europeans, Turks, Chinese, Iraqis and Syrians, it said in a statement. 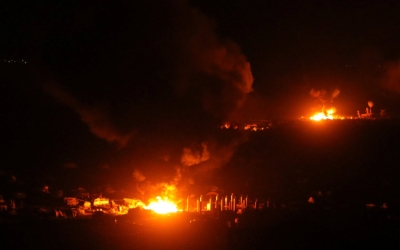 The SDF has mostly transferred the tens of thousands who have fled IS's shrinking territory in recent months to a camp at al-Hol in the northeast.

The United Nations says the camp now holds about 67,000 people, 90 percent of them women and children - well beyond its capacity. Camp workers say they do not have enough tents, food or medicine.

Die-hard militants who stayed behind to defend their last bastion have launched a series of suicide bombings in recent days to hamper the SDF advance.

On Friday, IS launched three suicide attacks outside Baghouz, killing six people as they fled the village.

Ali Khalaf Ibrahim, an SDF fighter, told AFP on Sunday that the militants were putting up a strong defence.

"Several times they tried to infiltrate our positions with explosive belts, but they were intercepted" by SDF fighters, he said.

At its height, IS controlled territory in Syria and Iraq the size of the United Kingdom, with a population of millions.

The total capture of Baghouz by the SDF would mark the end of the cross-border "caliphate" it proclaimed more than four years ago.

Still, the group's leader Abu Bakr al-Baghdadi remains at large and regional officials believe IS will remain a threat even after it has lost all its land.

The group retains a presence in eastern Syria's vast Badia desert and has sleeper cells in the northeast. 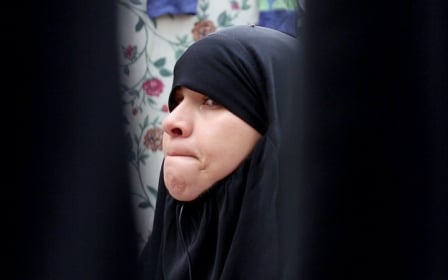 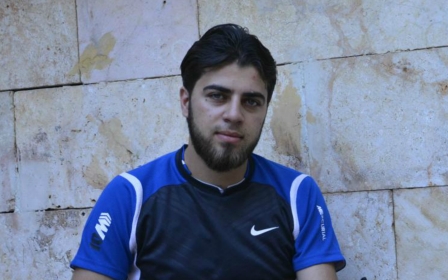