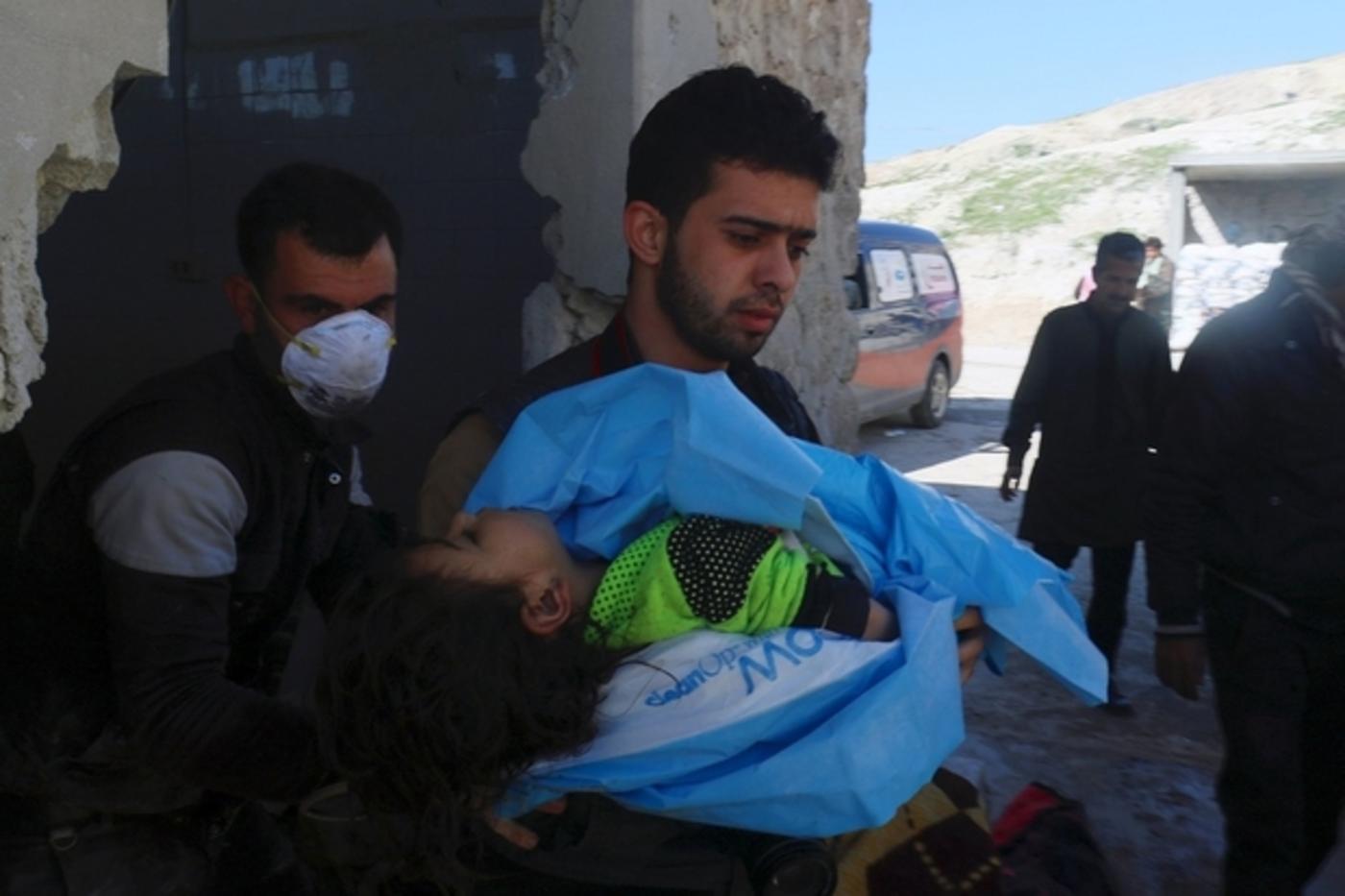 Bashar al-Assad's government was responsible for a deadly sarin gas attack on a rebel-held Syrian town in April, a UN report found on Thursday.

More than 87 people died in the nerve gas attack on the town in Syria's northwestern Idlib province.

Last month, UN war crimes investigators said they had evidence that the Syrian air force was behind the chemical attack, despite repeated denials from Damascus.

'No role for Assad'

Meanwhile, on Thursday, US Secretary of State Rex Tillerson said Assad and his family have no role in the future of Syria.

Peace talks aiming at a political transition in the war-torn country are scheduled to resume next month.

Tillerson said that the Trump administration backed the Geneva peace talks as the only way to end the more than six-year-old war and move to a political transition and elections.

He was speaking after holding talks with UN Special Envoy for Syria Staffan de Mistura, who announced that stalled peace talks between the Syrian government and still-to-be-united opposition would resume in Geneva on 28 November.

"The United States wants a whole and unified Syria with no role for Bashar al-Assad in the government," Tillerson told reporters in the Swiss city at the end of a week-long trip that took him to Saudi Arabia, Qatar, Pakistan and India.

"It is our view and I have said this many times as well that we do not believe that there is a future for the Assad regime and Assad family. The reign of the Assad family is coming to an end. The only issue is how that should that be brought about."

When the Trump administration came into office it took the view that it was "not a prerequisite that Assad goes" before the transitional process started, he added.

The Syrian army and its allies have pushed the Islamic State (IS) group back from large swathes of eastern Syria in recent months. Over the past year, pro-government forces have also taken numerous pockets of rebel-held territory around Aleppo, Homs and Damascus.

"My reading is that Assad is here to stay for as long as the Russians and the Iranians have no alternative to him," a Western diplomat told Reuters. "The date of his departure will depend on the Russians more than anyone else. Once - or if - they find someone better, he may go."

Ceasefire deals brokered by Russia, Turkey, Iran and the United States in remaining rebel-held areas of western Syria have freed up manpower for Assad's allies.

Tillerson called his discussions with de Mistura "fruitful" and said the United States will "continue our efforts to de-escalate the violence in Syria".

He said the only reason Assad's forces had succeeded in turning the tide in the war against IS and other militants was "air support they have received from Russia".

Tillerson said Iran, Assad's other main ally, should not be seen as having made the difference in the defeat of IS in Syria.

"I do not see Syria as a triumph for Iran. I see Iran as a hanger-on. I don't think that Iran should be given credit for the defeat of ISIS (IS) In Syria. Rather I think they have taken advantage of the situation."

Human Rights Watch on Friday urged the international community to slap sanctions on the Syrian government.

"The Security Council should move swiftly to ensure accountability by imposing sanctions on individuals and entities responsible for chemical attacks in Syria," it said.