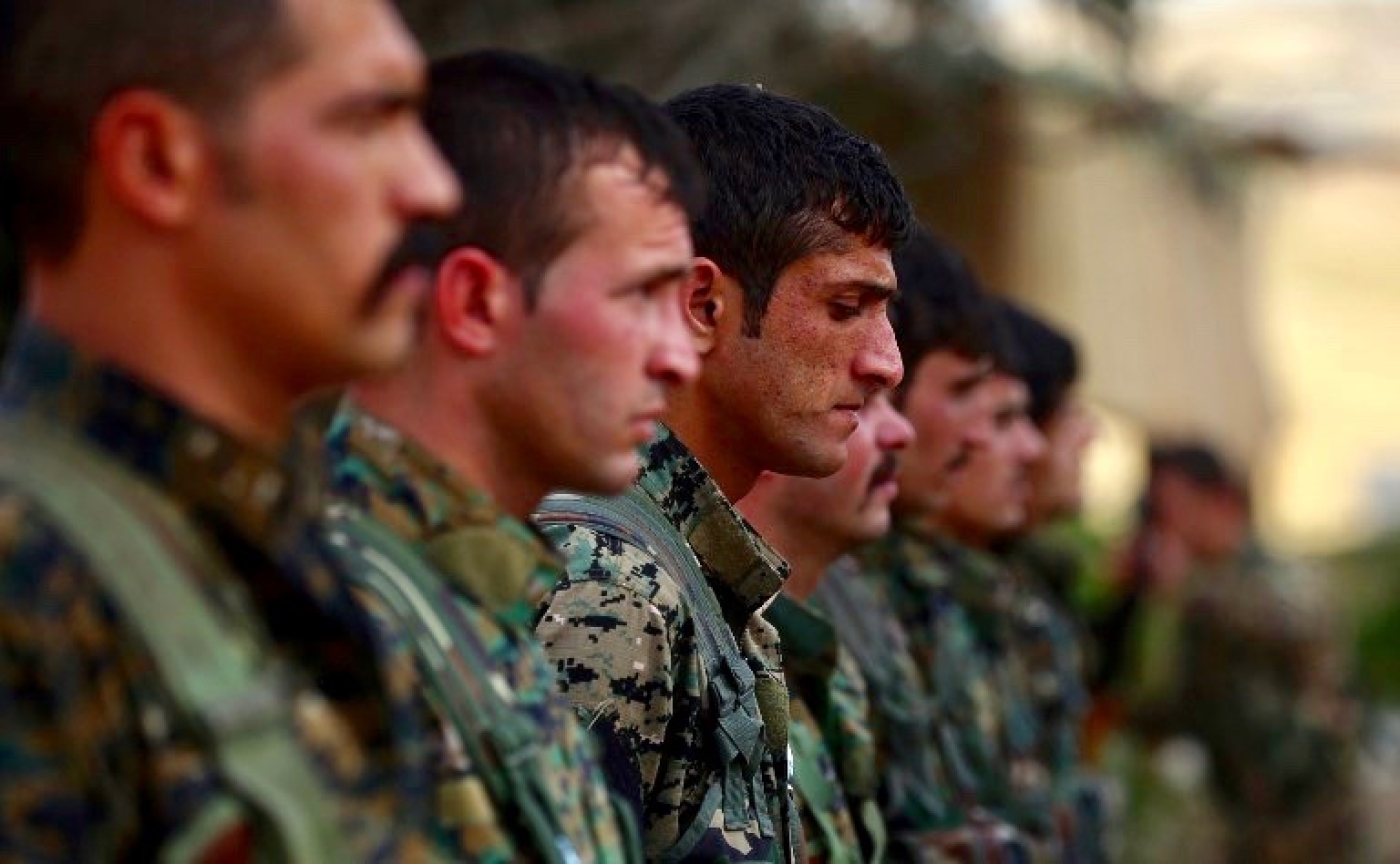 A Kurdish-Arab coalition in Syria on Sunday denied a Human Rights Watch report that it recruited children from displacement camps in violation of international law, AFP said.

Thousands of people live in camps scattered across parts of Syria held by the Syrian Democratic Forces (SDF), a US-backed coalition that has played a key role in the fight against the Islamic State (IS) group.

The Kurdish People's Protection Units (YPG), which forms the backbone of the SDF, has used child soldiers in the past, according to the United Nations, HRW and other rights groups.

In a report published on Friday, the New York-based watchdog again accused the YPG of recruiting minors.

Other Middle Eastern groups have also been accused of recruiting children: Afghan children as young as 14 living in Iran have been recruited to fight in Syria by the Iranian Revolutionary Guard, HRW says.

Daily Brief: The YPG, the largest member of the Syrian Democratic Forces military alliance in northeast Syria, has been recruiting children, including girls, for military training and using some in hostilities. Most are taken from families in camps...https://t.co/GgqCLSQWEn pic.twitter.com/KN03VRoqO9

Houthi militias in Yemen have recruited child soldiers without their families' knowledge, according to an Amnesty International report that said boys as young as 15 were being indoctrinated at religious schools for frontline combat.

Iraqi Sunni militia groups recruited refugee children as young as 15 to fight the Islamic State (IS) group, HRW said in a 2016 report.

Still, the SDF's political arm vowed to investigate the HRW claim and hold accountable those responsible for "individual" cases.

"We are against the recruitment of children under any pretext," the Syrian Democratic Council said in a statement.

"What was mentioned in HRW's press release is only irresponsible individual abuse, which does not represent the overall method or strategy of the Syrian Democratic Council."

It said it would study the "allegations," return any child recruits to their families and "hold accountable those responsible for these abuses".

International law prohibits non-state armed factions from recruiting anyone under the age of 18, and enlisting children under 15 is a war crime.

HRW spoke to eight families in three displacement camps in northeastern Syria who said Kurdish militiamen and security forces had encouraged their children to enlist.

A YPG-linked political administration runs much of northern Syria with a system that is autonomous from Damascus, complete with its own schools and tax system.

Kurdish authorities also enforce military conscription for those above 18 years of age in areas under their control.