In spite of offending much of the Muslim world, a Syrian newspaper decided to show solidarity with murdered Paris journalists 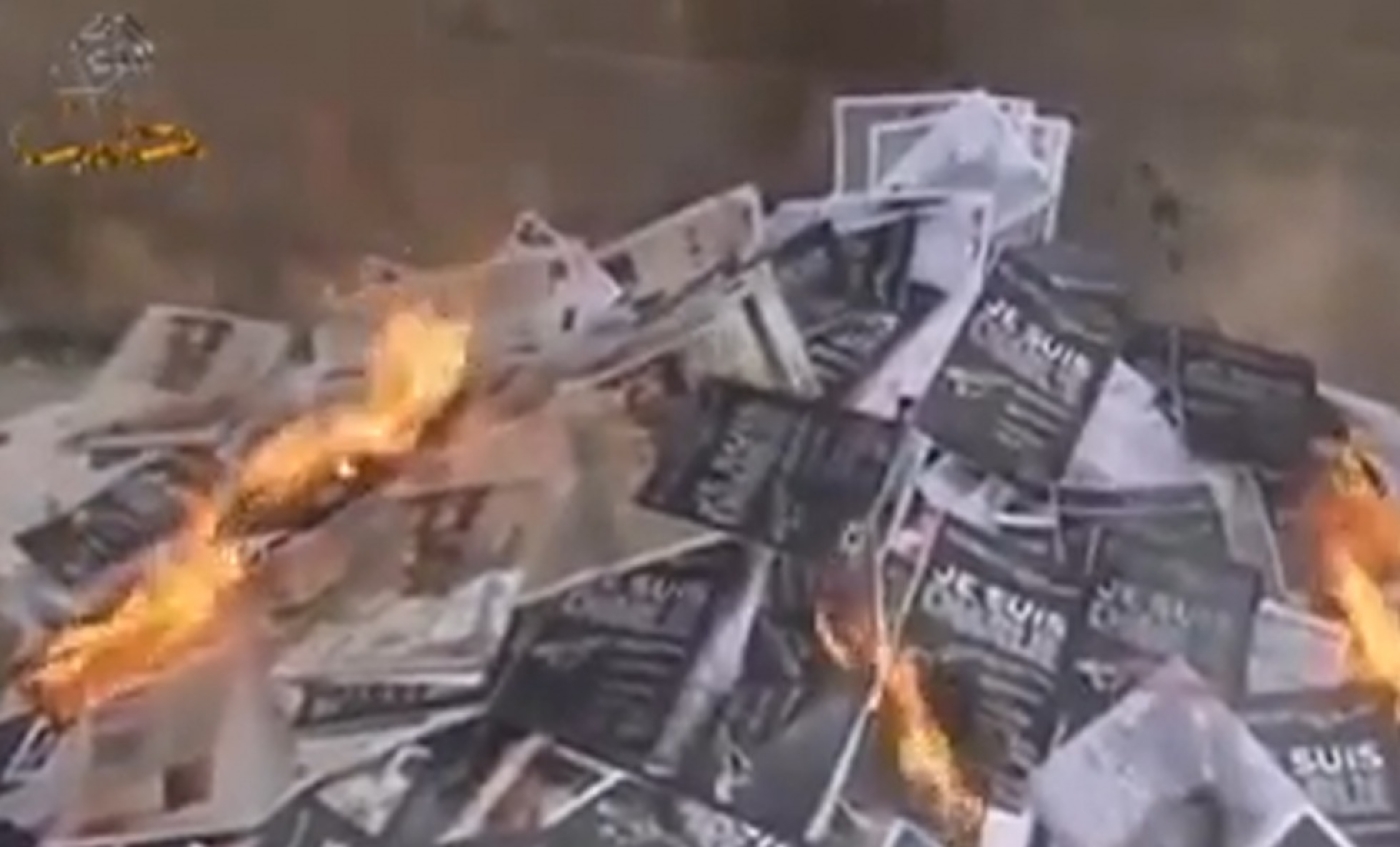 Syria has been notorious among international media as a blackspot and a no-go area for journalists. Each year it regularly tops lists for journalist fatalities, leading most news media to rely on a combination of activist accounts, questionable NGOs and state-controlled outlets.

Among Syria's anti-government activist community, attempts at setting up their own newspapers, websites and magazines have often faced intense hostility from both the Assad government and militant groups, who fear a spotlight being shone on the atrocities being perpetrated by both sides in the war.

One outlet in particular, Souriatna, has sparked controversy over a decision to print a tribute to the 17 victims of a militant attack at the offices of French satirical magazine Charlie Hebdo.

The 173rd issue of the paper, which features a “Je Suis Charlie” strip on the front cover, contains inside reprintings of Charlie Hebdo cartoons mocking Syrian President Bashar al-Assad, obituaries of the journalists killed and messages of solidarity.

“We wrote 'Je Suis Charlie', 'Je Suis Ahmed [Morabit]', 'Je Suis the small Syrian child who died of cold during the recent snowstorm that hit the region' and 'Je Suis the Syrians who are desperate for freedom and the right to expression',” the newspaper’s editor Amer Mohammed told Middle East Eye.

“Of course we did not republish any drawings of the Prophet Muhammad,” he added.

“Or anything to do with Islam, or any of the other religions in Charlie Hebdo, because of course they criticised all religions.”

Not everyone was so appreciative of the gesture, however. Jabhat al-Nusra, the official wing of al-Qaeda in Syria, in particular, reacted harshly.

“These people did not understand our message,” Mohammed said. “We didn’t really expect them to understand. We published what we thought was right. In the end, the edition was burnt and offices were burned.”

Though he claimed the offices of Souriatna were not themselves attacked, numerous outlets and buildings stocking the paper were attacked and looted by the group, including a community radio station and a women's community centre in the town of Kafranbel in Idlib province, where Souriatna is popular.

The parallels are also notable in that the killers of the Charlie Hebdo journalists in France claimed to belong to al-Qaeda in the Arabian Peninsula (AQAP), Jabhat al-Nusra's sister organisation in Yemen.

A video also appears to show Ahrar al-Sham, a faction of the Gulf-backed Islamic Front, setting fire to a pile of Souriatna 'Je Suis Charlie' copies:

“We caught up with a number of our correspondents and distributors – that was always our number one priority, the safety of those people,” said Mohammed. “We helped those who wanted to get out of the country, and tried to protect those who wanted to remain.”

Though Amer Mohammed acknowledged the potentially offensive nature of some of the cartoons, he stated that his own longterm battle for press freedom in Syria meant that he, and other writers at the newspaper, felt compelled to throw their weight behind the 'Je Suis Charlie' campaign.

“That oppression has led directly to what Syria is experiencing today. When the popular uprising began in 2011, it began for the sake of freedom of expression.”

The desire for free expression was so infectious, he said, that “children were writing on the walls.”

The Syria of Bashar al-Assad was notorious for its restrictive press laws.

A 2010 report by Freedom House gave the country one of the worst possible scores for press freedom and noted that “journalists face frequent harassment, including banishment from the country, neglected accreditation requests, and extralegal intimidation through arrest, detention, and torture.”

The beginning of the Arab Spring in 2011 and the subsequent uprisings in Tunisia, Egypt and Libya motivated Syrian pro-democracy activists to take to the streets, but also to take up their pens.

“The paper is the first to be established after the Syrian revolution,” claimed Mohammed.

“It was established in Damascus in September 2011. The editorial team all lived in Damascus under regime control. We all wrote under pseudonyms and didn’t know each other. We connected over the internet. None of us knew each other’s faces. “

He said that the paper's longevity has been a reflection of the fact that the Syrian revolution, rather than leading to regime change or reforms, descended into a long running civil war.

“We continued our work, but we didn’t expect the revolution to go on for 3, now nearly 4 years,” he said. “The paper has been published for 3.5 years – we never expected that.”

While Nusra, Ahrar al-Sham and other likeminded groups bristled at the notion of solidarity with a publication they see as simply anti-Islam, Mohammed said that Souriatna's main audience, built up over almost four years of conflict, understood the message.

“We called on those who feel wronged by the attack on Charlie Hebdo to respond in this way: to write, to draw, to publish magazines,” he said.

“They must not carry weapons, they must not kill people because they do not like the way they express themselves.”

The burnings provoked a demonstration from activists in the town of Kafranbelled by, among others, liberal opposition activist and cartoonist Raed Fares.

Kafranbel, 'the little Syrian town that could', has primarily become famous for its social media campaigns, photos and videos of activists, often attacking the Assad government and IS, but just as likely to reference other current global events, such as the war in Ukraine, the imprisoned Al-Jazeera journalists, or the death of comedian Robin Williams.

In the wake of the Charlie Hebdo killings they released a photo featuring a condemnation of the murders, but also criticising the magazine for its mocking of Islam:

As though following Amer Mohammed's advice that the pen is mightier than the sword, Fares has produced cartoons for the activists that they have frequently displayed on social media.

One cartoon showed the self-defeating nature of the Hebdo killings, with a killer knocking the head off a mosque as he attacks a Charlie Hebdo journalist:

Though it often seems that the war in Syria has become a mess of sectarianism, brutality and political opportunism, Amer Mohammed still sees Souriatna as upholding the original values of the 2011 Arab Spring – particularly the right to free speech and freedom from political intimidation.

“We will never be swayed from our policy, from issuing a secular, civil call to Syria to all Syrians, whatever their affiliation or sect or political persuasion,” he said.

“Syria is for everyone. We won’t accept an Islamic Syria, or a Sunni Syria, as they would like. In fact they don’t see Syria as Sunni – they see it as either a Syria of believers or unbelievers. But we see Syria as a secular, civil society.”

With plans to start training in the use of new media in the coming months, Souriatna shows no signs of being silenced.

“We will make every effort possible to ensure that the paper continues,” he said. “We have managed to keep going for 3.5 years against a backdrop of the conflict. We lived through difficult living, psychological and working conditions.”

“We believe that we are able to continue.“ 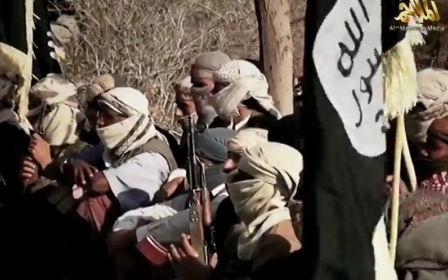 Charlie Hebdo
AQAP vs ISIS: Who was really behind the Charlie Hebdo attacks?
Charlie Winter 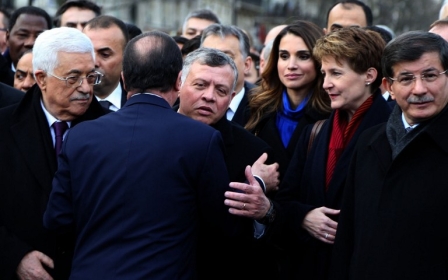 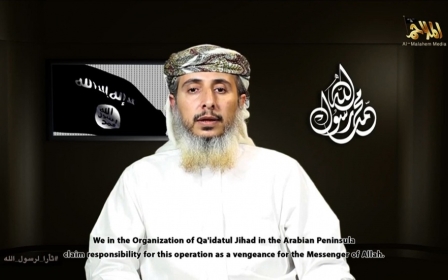