Syria's main opposition body has said it will attend indirect UN-sponsored peace talks with the government in Geneva on 14 March.

In a statement the High Negotiations Committee said on Friday that it would participate in the negotiations as part of its "commitment to international efforts to stop the bloodshed and find a political solution".

UN special envoy Staffan de Mistura said "substantive" talks would begin on 14 March in the Swiss city and would not last longer than 10 days.

A source close to the Syrian government confirmed earlier this week that its delegation would be attending.

In its statement, the HNC said its delegation would focus on the creation of a "transitional governance body with full executive powers".

However it said President Bashar al-Assad "will have no place" in a future government.

The HNC said it was not setting "any preconditions to its participation in the talks," but insisted that parties should commit to international agreements on humanitarian issues.

HNC general coordinator Riad Hijab said the opposition was ready to "take advantage of every opportunity to alleviate the suffering of the Syrian people".

More than 270,000 people have been killed in Syria since the conflict erupted with anti-government protests in 2011. 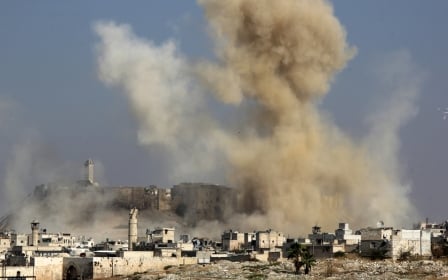