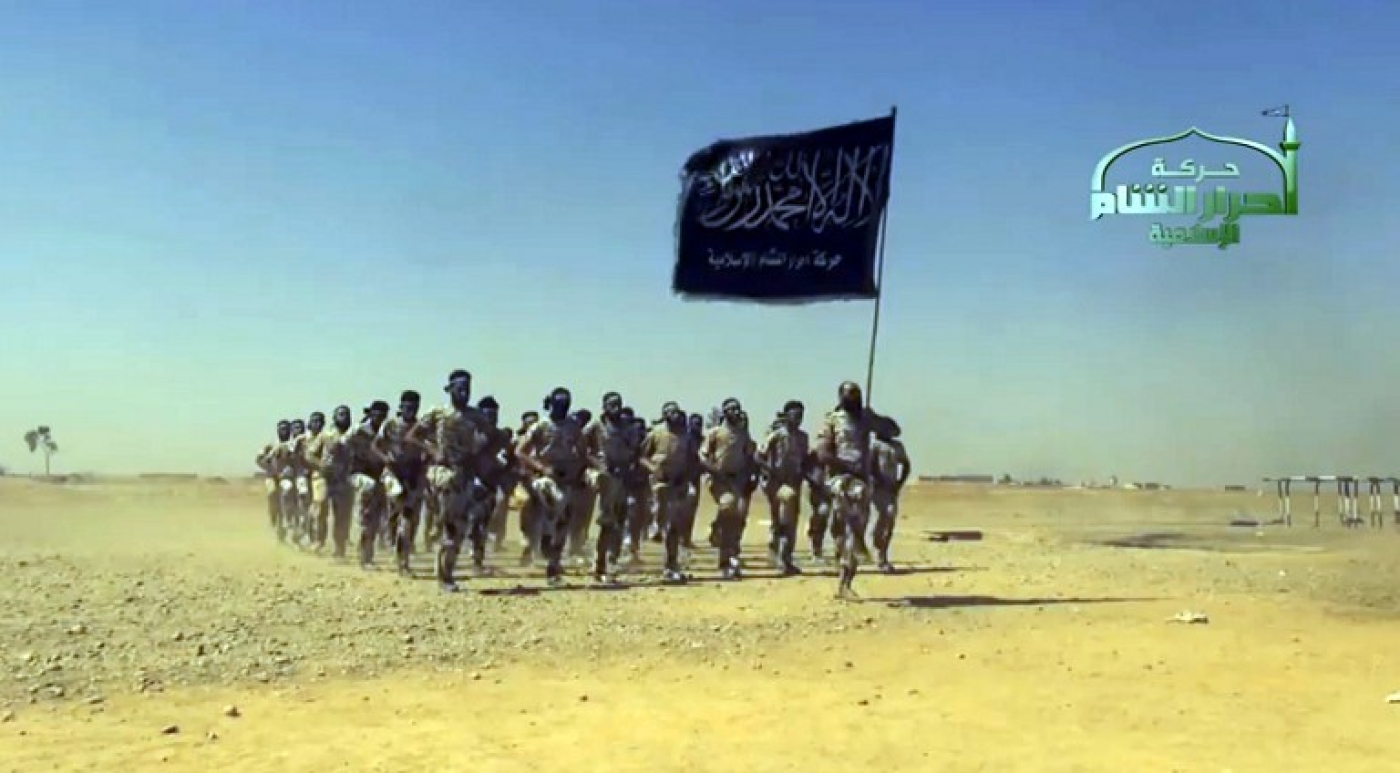 Ahrar al-Sham, the 'free men of Syria', was among the groups calling for a regional alliance. (AFP)
By
Graeme Baker
, MEE and agencies

More than 40 of Syria's most prominent rebel factions have called for a regional alliance to face the "Russian-Iranian alliance of occupation" of Syria, saying their presence in the country had cut the road to a political solution.

In a statement online on Monday, 41 groups including Jaish al-Islam and Ahrar al-Sham said: "Russia jumped in to rescue the Assad regime after it was clinically dead, in order to prevent it from suffering a sweeping defeat," the statement read.

It urged the creation of a regional coalition to combat the Syrian regime and its allies, saying that Russia's "brutal occupation has cut the road to any political solution".

"This new reality makes it imperative that regional countries, and allies in particular, hasten to form a regional alliance in the face of the Russian-Iranian alliance of occupation," the groups wrote.

The statement was not signed by the Nusra Front, an affiliate of al-Qaeda which has fought alongside several of the groups against the regime of Bashar al-Assad and the Islamic State (IS) group.

The Syrian branch of the Muslim Brotherhood also put out a statement calling on Syrians to take up arms against what it called Russia's "barefaced occupation of our country".

In the statement, titled "The Syrian people will fight Russia's occupation with jihad," the group warned that the Russian Orthodox church had sanctioned Moscow's airstrikes as part of a "holy war," stressing that fighting Russia is now a religious obligation for all Muslims.

Russia has launched dozens of airstrikes on what it calls Syrian "extremists" including Isis, but many raids have targeted non-IS factions. Some of the statement's signatories, like Ahrar al-Sham and Jaish al-Izzah, have been targeted by Russian strikes.

"This escalation undoubtedly proves that Russia was not serious or genuine in its commitment to a political process, and that it cannot be an impartial intermediary because it is party to the conflict".

Their statement came as Saudi members of the Qatar-based International Union of Muslim Scholars called on "all those who are able, and outside of Saudi Arabia, to answer the calls of jihad" and to fight alongside one of the militant groups facing Russian forces.

Reports stated that the 52 Saudi members also called for Syrian opposition fighters to “unify their front”.

“Russian aerial forces are continuing their operation in Syria. Experts say the timing for it was chosen very well in terms of weather,” said the forecaster on Rossiya 24, as she stood in front of an image of an SU-27 jet and a sign stating “flying weather”.

“October in Syria is an advantageous month,” the forecaster said. “In these conditions, planes can dive below the clouds and conduct effective strikes on ground targets, and only climb higher if there’s active anti-aircraft fire." 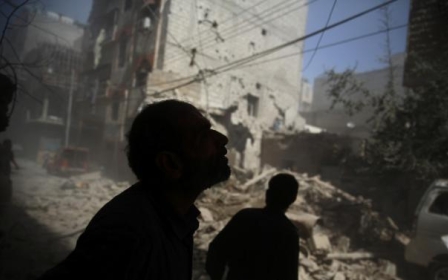