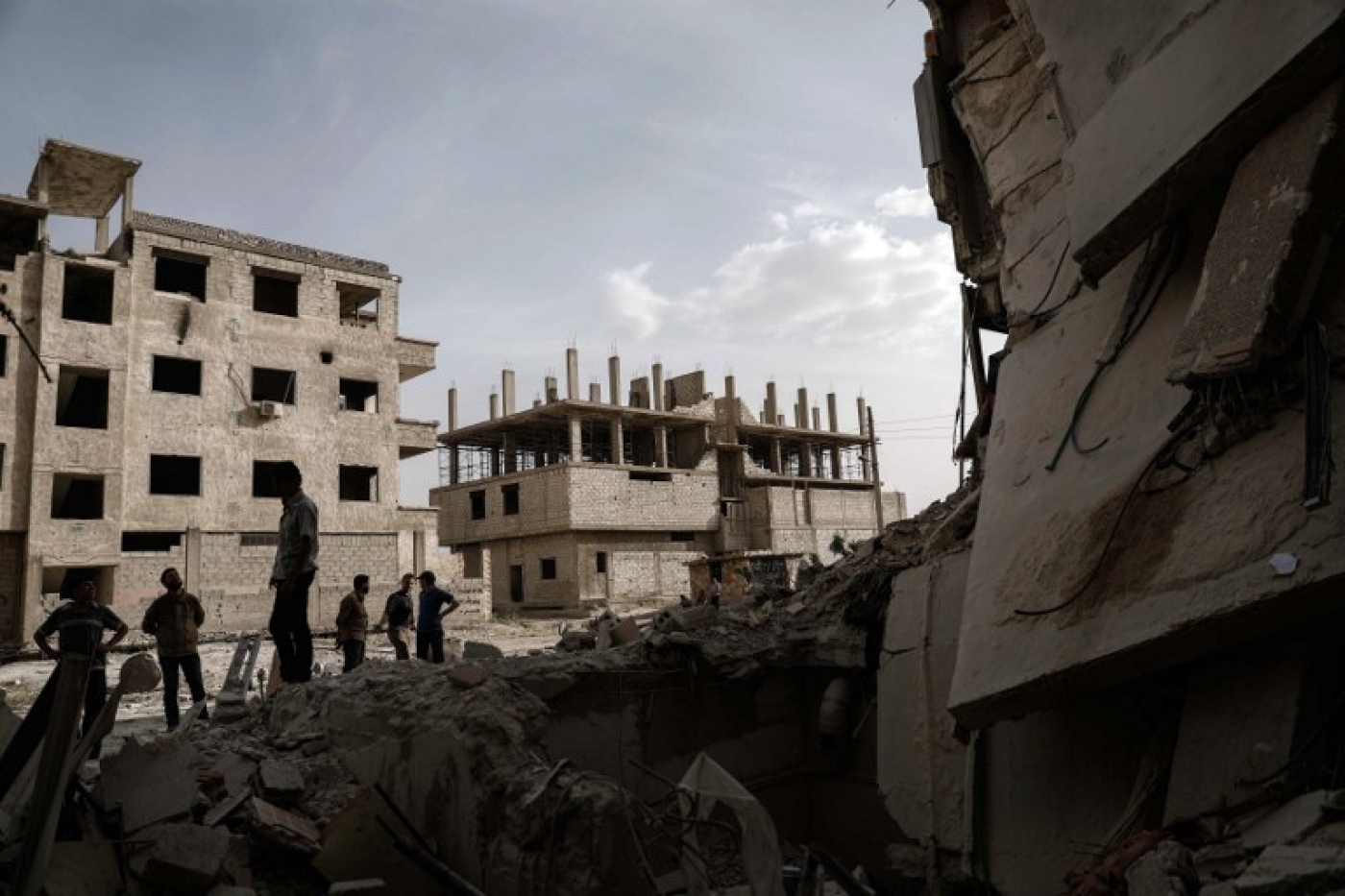 People inspect a hospital, damaged following an air strike over rebel-controlled town in eastern Ghouta on 1 May (AFP)
By
MEE staff

Doctors Without Borders has suspended its activities in the besieged Damascus suburbs of eastern Ghouta after militants stormed its hospital looking for wounded enemies amid intense clashes between rival Syrian rebel groups.

According to reports from MSF-supported doctors in the area, about 30 masked and armed men stormed the Hazzeh Hospital in the eastern Ghouta region on 29 April, looking for specific wounded patients. They also stole the hospital’s ambulance.

MSF condemns in the strongest terms the armed incursion, the intimidation of health workers, and the seizing of an ambulance

Only a few kilometers south of Hazzeh Hospital, the Aftares medical point was struck by bullets, said the report. As fighting surrounded the medical point for two days, medics were trapped and unable to collect the wounded, even those lying within sight of the hospital.

The attacks constitute grave violations of the protected status of hospitals and medical workers in war zones, said MSF.

The raid also comes amid intense fighting between opposition armed groups that have killed at least 95 people. Reports on Monday suggested rebels had fired on protesters calling for a ceasefire.

More than 320,000 people have been killed since the government opened fire on demonstrators in 2011.

"On behalf of the doctors we support, MSF condemns in the strongest terms the armed incursion into a health facility by masked individuals, the intimidation of health workers, and the seizing of an ambulance," said Brice de le Vingne, MSF director of operations.

"Also of grave concern is the sustained heavy shooting by two armed groups at and around a functional hospital," said Vingne in the press release.

"Speaking over the deafening sound of gunfire, the nurses running the small Aftares medical point told us that their facility had been hit by bullets and that they managed to treat a few wounded people, but that they could only perform minor surgery and dressings."

According to Vingne, medical staff at Aftes medical point "were unable to negotiate an evacuation of their patients to better-equipped facilities".

The suspension of activities is a decision made under extreme circumstances to underscore that such attacks on health care facilities and workers will not be tolerated by MSF or the medical staff it supports, MSF said.

Medical support to the eastern Ghouta region will remain suspended until there are clear signs that fighting parties will respect the provision of health care.

"Medical spaces are protected under international law and must remain a place of humanity in war, in which everyone - civilian or not - is treated only on the basis of medical need," said de la Vingne.

"We will speak out to defend the protected nature of medical spaces and to underscore the need to prioritise the protection of patients and medical staff."

In its press release, MSF called on all armed groups in Syria to respect the protected nature of medical spaces and the protection of patients while under treatment.

The eastern Ghouta zone near Damascus has been besieged by Syrian government forces since early 2013.