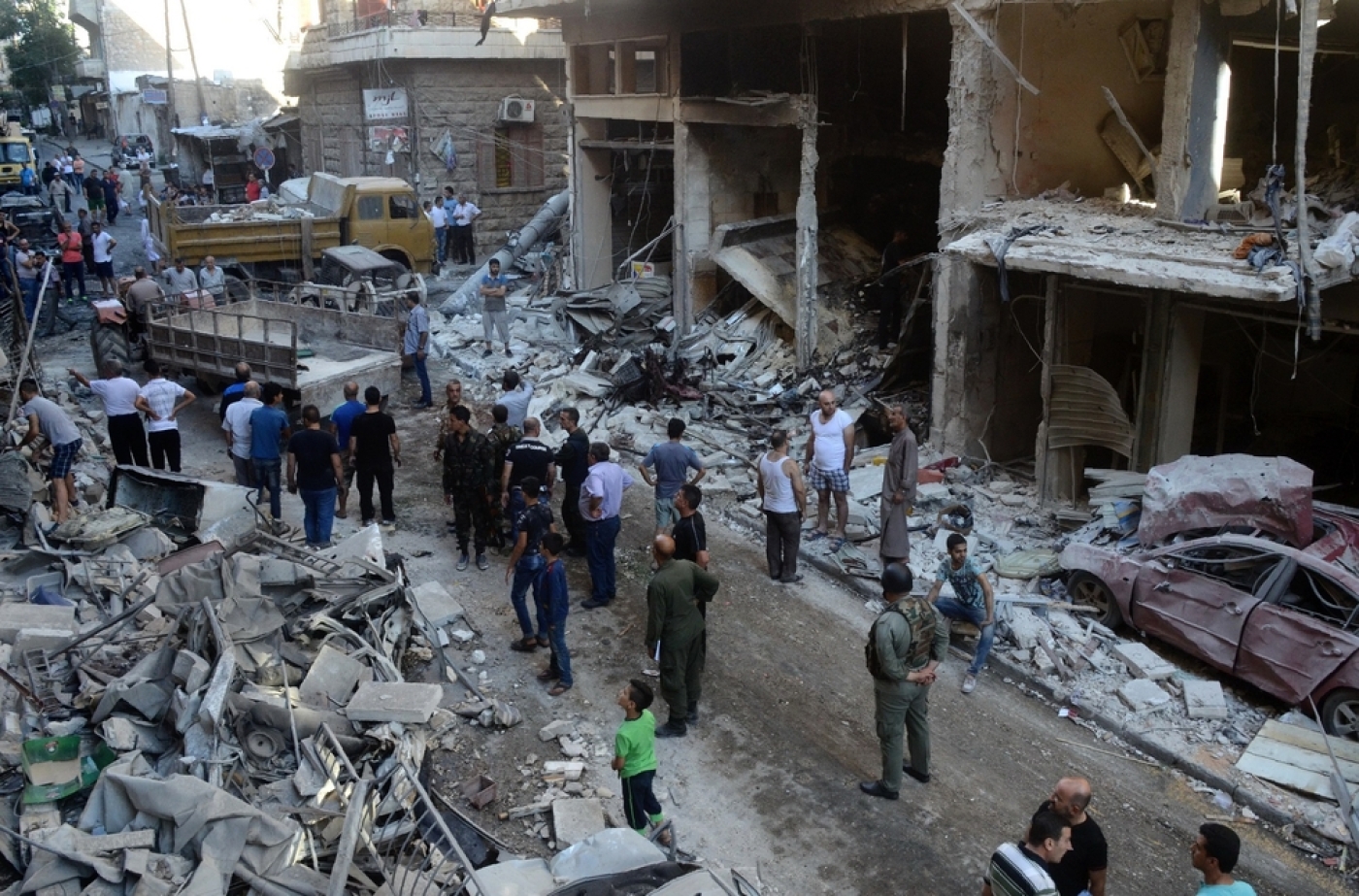 Syrian opposition fighters launched a major assault on government-held districts of Aleppo city on Monday after the government severed their only remaining supply route into the city, the AFP news agency reported.

The attack was accompanied by a barrage of rockets into the government-held west of the city, which killed at least eight people, state media reported.

The offensive began at dawn, sparking heavy clashes between government and rebel forces along the frontline that divides the government-held west and opposition-held east, the AFP reported.

The multi-front assault was also reported by the Syrian Observatory for Human Rights, a monitor based in the UK.

"Opposition factions launched a wide-scale attack on four fronts against the regime inside Aleppo city, including in the Old City," said Rami Abdel Rahman, who runs the monitor.

"There is currently fierce fighting under way, but the opposition has not advanced because of the heavy aerial bombardment the regime is carrying out on the areas where fighting is under way."

There was no immediate toll for either side in the clashes. Syrian state television said eight civilians had been killed and 80 people wounded in shelling by "terrorist groups on residential areas in Aleppo city".

Ahmed, a resident of western Aleppo, said the shelling had completely destroyed his home in the Syriac quarter.

"The shells have rained down on the western neighbourhoods since 4.30am," he told AFP.

Residents of the area gathered in one of the affected areas on Monday morning, lifting debris and helping locals gather their belongings so they could leave in search of shelter elsewhere.

"The sounds of the fighting can still be heard and are very loud, and the shelling on the western neighbourhoods is ongoing," he said.

The assault came a day after a failed rebel bid to push government forces back from the key Castello Road supply route that leads into opposition-held Aleppo.

The route was the only remaining road into the east of the city, and was effectively severed on Thursday when government troops took a hilltop within firing range.

Residents on Aleppo's east side, estimated to number around 300,000, told Middle East Eye on Friday and Saturday that fuel and food prices have jumped and rationing has started since the road was cut.