Syrian rebels shoot down second government helicopter in a week 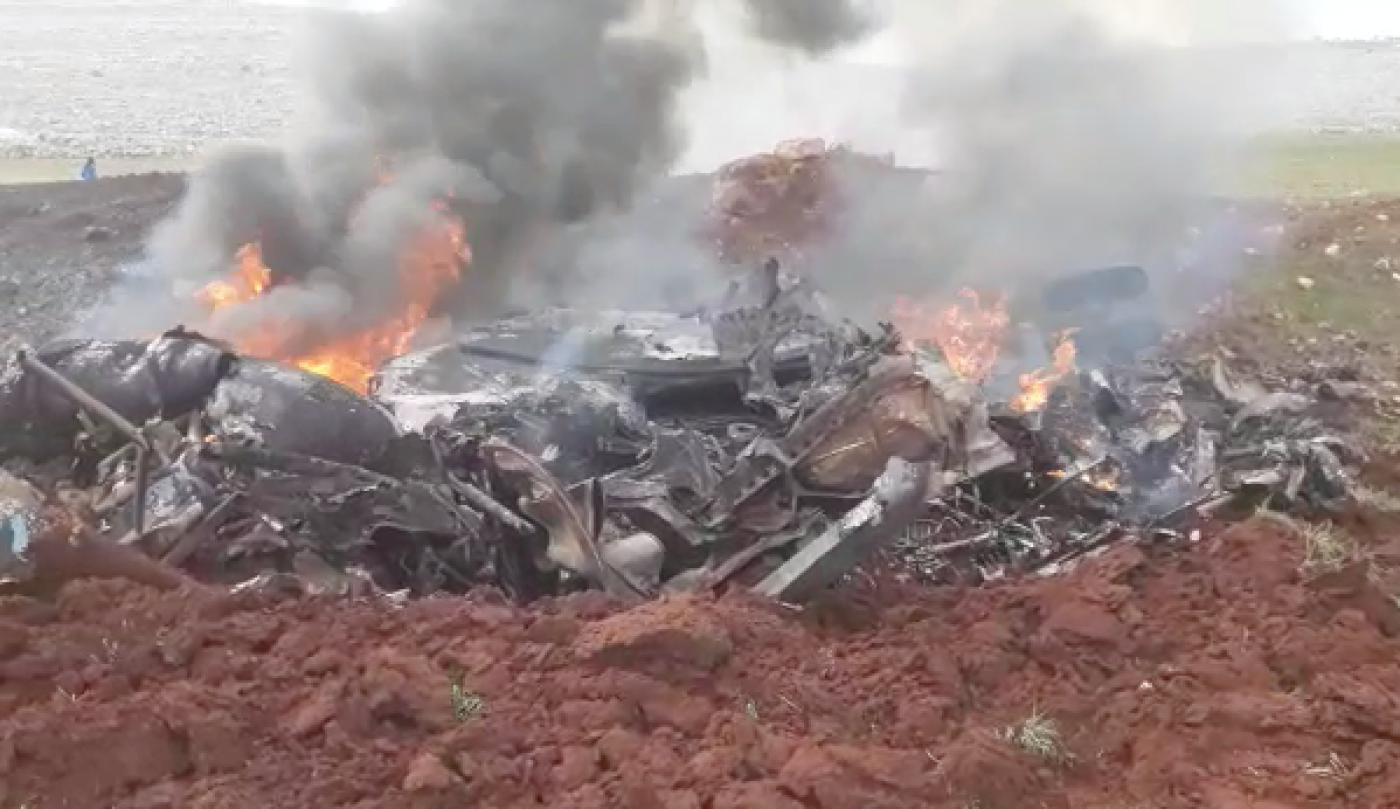 Syrian rebels shot down a government helicopter on Friday, the second in a week, as thousands continue to be displaced in the country's northern Idlib province under bombardment from the forces of President Bashar al-Assad.

Footage posted online by pro-opposition groups and activists appeared to show the government helicopter falling from the sky and turning into a ball of fire. Activists confirmed to Middle East Eye that the helicopter was shot down in the western Aleppo countryside, where fighting continues to take place between rebels and government forces.

Turkey's Anadolu news agency reported that the helicopter came under fire near the town of Qubtan al-Jabal as it approached Syrian rebel positions after taking off in Aleppo.

Rami al-Sayyad, an activist working on the outskirts of Aleppo, also confirmed that the helicopter was struck near Qubtan al-Jabal.

"The plane dropped two explosive barrels on the area before it fell with an anti-aircraft missile believed to be from the Syrian-Turkish border area," said Sayyad, who visited the crash site.

The Syrian government's Ministry of Defence confirmed in a tweet that soldiers onboard the fallen helicopter were killed.

Translation: At approximately 13:40, on Friday 14-2-2020, one of our military hovercraft was hit by a hostile missile in the western countryside of Aleppo, near Greater Urm, where armed terrorist organisations supported by Turkey are deployed. This resulted in the fall of the helicopter and the death of its crew.

It remains unclear how the Syrian rebels shot down the helicopter - but footage posted online earlier this week showed Syrian rebels using a surface-to-air missile to shoot down a government helicopter.

“We will use whatever tools necessary on the ground and in the air, without any hesitation,” Erdogan said, alluding to Assad allies Iran and Russia.

Several sources on the ground interviewed by Middle East Eye said on Tuesday that the air defence system that hit that aircraft was provided by Turkey.

A Syrian source, who spoke on condition of anonymity, told MEE that Turkey had transferred a large amount of advanced anti-tank weaponry along with grad missiles to rebels in recent days.

“It is likely that the weaponry came from the US,” the source said.

Throughout the Syrian civil war, international backers have hesitated to supply rebel groups in Syria with man-portable air defence systems due to fears they would fall into the hands of extremist groups.