Trapped by closed borders and unable to go home, refugees fear they will be forgotten if they stay in Greece's squalid and overcrowded camps 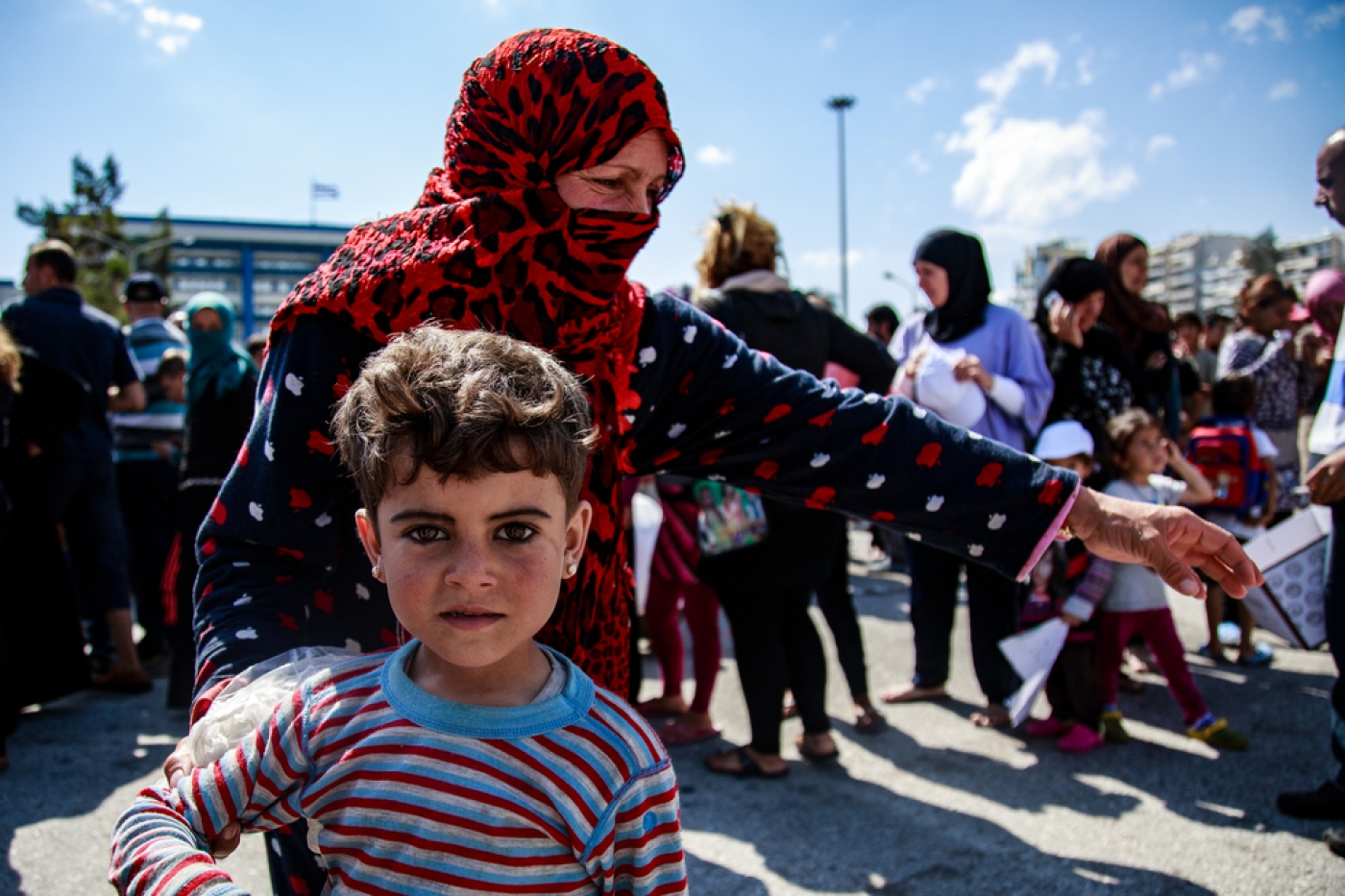 ATHENS, Greece – Abdullah Rando, a 16-year-old Syrian boy from Aleppo, leads a virtual tour of his former neighbourhood with the help of Google Earth. He even pointed out his house across from a small, green park and smiles.

Behind him his father, Muhammad, talked in a hushed voice with another Syrian man about the latest bout of violence in their home town.

“Planes have been dropping bombs,” the other man said, “there are many dead and much destruction.”  Abdullah, still smiling, admitted he does not understand much about the war.

What he does know is that his family left in order to avoid his conscription into President Bashar al-Assad’s army. It doesn’t seem to occur to him that the neat rows of houses and parks he left four years ago might not look the same anymore.

Along with another 2,000 people, Abdullah’s home now is a green and blue tent, erected on the diesel-stained asphalt of Greece’s Piraeus port. His family arrived a week ago after leaving Idomeni, the overcrowded camp at the closed border with Macedonia.

The Greek Coast Guard, which is responsible for law enforcement in Piraeus, has been trying to encourage refugees to board buses bound for state-run refugee camps, hoping to clear the port in time for the summer tourist season.

However, many refugees worry about conditions in the camps and are concerned that once they are distributed in remote locations across Greece they will be forgotten.

Just under 54,000 refugees are believed to be in Greece, trapped by the closed borders to the north and with no means of returning to Turkey. Hope that borders would open and free-movement would soon resume was initially plentiful.

But after two months of rough living many have given up and are now seeking longer-term arrangements. An increasing numbers of refugees are returning to the port in search of better accommodation, health care or asylum services.

“In Idomeni the wind was so strong we lost our tent,” Abdullah said, “then it rained a lot and made our clothes wet. We came back here [Piraeus] because we are tired of living in tents. Please, no more tents. We want real homes, toilets and showers.”

Abdullah is indifferent as to which country he lives in, having already spent three years living the southern Turkish city of Mersin. “I don’t care where we are - Greece, Sweden, Turkey - as long as I can go back to school and my dad can find a job,” he said.

Abdullah’s family arrived among a group of 40 Syrians and Iraqis who had returned to the port. The coast guard denied them entry, instead organising a bus to take them to a camp at Oinofyta, an hour’s drive from Athens. Few chose to board the bus, concerned about facilities inside the camp. Instead, many found alternate routes into the port.

In Athens’ Agia Sofia general children’s hospital, Muhammad el-Hassan, 32, from Dayr Hafir, Syria, juggles his two daughters as he relates the story of the birth of his new son Ali.

As Muhammad’s wife Hayat went into labour the family were twice turned away from hospital as doctors insisted the baby was not due for another week. The next day in the Skaramagas refugee camp, where they are now living, the doctor also refused to see Hayat, for the same reason.

It was only when Hayat’s water broke moments later and the baby began emerging that doctors took notice. “She [Hayat] wanted to take off her clothes to prove to them the baby was really coming,” Muhammad said through a translator.

Baby Ali was born in Skaramagas and transferred immediately to hospital. Discharged after four days, mother and baby are now back in their four-by-three-metre cabin in the camp. But Muhammad has remained in the hospital to care for his two daughters, Rosalind and Reema, who are suffering from a viral infection. Rosalind’s eye is swollen and she cries constantly.

The family first arrived in Athens on 24 February. The bus they booked to take them to Idomeni was redirected by Greek police to the refugee camp at Nea Kavala. With the closure of the Macedonian border, Muhammad and his family were forced to stay in the camp for two months, hoping conditions would change and they could continue their journey.

Conditions in the camp were poor. The family lived in a canvas tent and slept huddled around a fire on the bare ground. Strong winds battered the tent, and Muhammad said the camp was infested with snakes.

He also believes the poor food in the camp gave his daughters digestive problems. His friend Basil Jado, also a Syrian refugee whose son shares the hospital room, explained that Muhammad’s daughters were bloated when they arrived. He held his hands out in front of his stomach and scrunched up his face like a crying child to indicate their condition.

Eventually accepting the permanence of the closure, and under pressure to find somewhere safe for the impending birth, the family returned to Athens in the hope of claiming asylum in Greece.

‘What is the point in staying if our life is worse?’

Claiming asylum in Greece is one of the few remaining options for refugees seeking a stable life. However, Greece’s asylum system is already overstretched and understaffed and applicants could be waiting a long time for a decision

Another option is the EU’s relocation scheme, agreed in September 2015, which pledged to relocate 66,400 refugees from Greece, but the scheme has stalled. The number of 20,000 completed relocations was set for mid-May, but so far there have been just 876.

After his experience at the Greek hospitals, Muhammad said he is physically and psychologically tired and would rather return to Syria than stay in Europe. “We could get better care in Syria. I left to give a better life to my children,” he said, “so what is the point in staying if our life is worse?”

Muhammad and his family fled the Islamic State (IS) group-controlled town of Dayir Hafir two years ago after being warned that the militants were poised to arrest him after he publicly disagreed with their interpretation of Islam. Just a month after he left, it was reported that IS had crucified eight members of the Syrian opposition in the centre of town.

His family spent 18 months in the relatively safe Kurdish-controlled region of Afrin but finally decided to leave for Europe when fighting made the region unsafe. In order to reach Greece he spent $3,200 on the smugglers' fees alone.

Muhammad conceded that regardless of where he wants to be his options for leaving are practically non-existent and that he could be stuck in Greece for a long time. His friend Basil Jado applied for asylum in Greece one month ago and is trying to convince Muhammad to do the same.

Muhammad seems unconvinced. “When we left Syria we thought Europe was a place of human rights,” he said, “but now I don’t know.” Refugees
'I'll kill myself before going back': Migrants in Greece vow to fight on