While Kobane has stolen the headlines this week, Syria's war has heated up as government troops reportedly bear down in Damascus and Aleppo 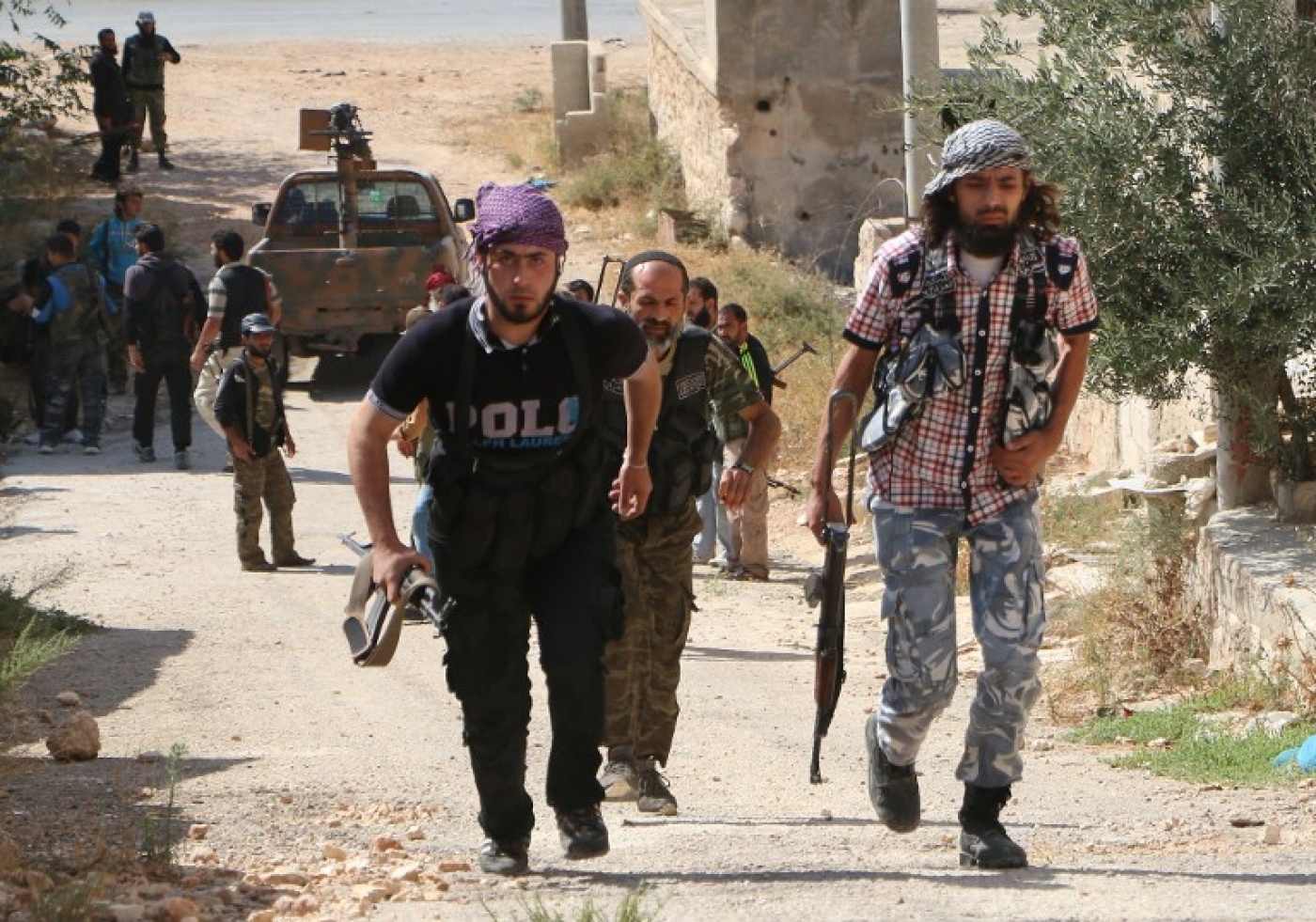 Rebel fighters take position in Handarat, a district in northern Aleppo on Friday (AFP)
By
MEE and agencies

As events this week in Kobane have made headlines, forces loyal to Syrian President Bashar al-Assad have reportedly made inroads against opposition fighters on the outskirts of Damascus and Aleppo.

On Monday, state television broadcast images from Dakhaniyeh, southeast of Damascus, which has long been an opposition holdout near the capital, showing Syrian army troops moving in.

Nearly a month ago, government forces launched an offensive to regain control of the suburb in an effort to push rebels beyond a ring road around the city where they have held their positions for almost two years, MEE contributor Jonathan Steele reported from Damascus last month.

After struggling to capture Joubar, another suburb east of Damascus, opposition fighters arrived in Dakhaniyeh to open another front last month, and attacked two buildings and a textile factory in the suburb, an army lieutenant told Steele.

“They told people, 'ISIS are here’. People were terrified and fled,” the lieutenant said.

The lieutenant said he was not convinced the rebels were really from the Islamic State group and that it could have been a rebel tactic to create panic. Later, Syrian state TV did not refer to the attackers as members of IS.

On Monday, the Syrian Observatory for Human Rights confirmed that rebels, who have used the area to shell the capital with mortar fire increasingly close to the city centre including the Old City, had withdrawn.

Analysts cautioned against drawing any far-sighted conclusions from the re-capturing of Dukhaniyeh in the battle for the capital.

In Aleppo, clashes between Syrian troops and opposition forces in recent days have reportedly centered around the northern district of Handarat. If captured, the Syrian army would take control of the last rebel supply route and could take the city by siege, Observatory head Rami Abdulrahman told Lebanon's Daily Star.

On Monday, there were conflicting accounts coming out of Handarat with some observers reporting that Syrian troops had captured the area, while others said clashes continued as Al-Nusra Front fighters battled government troops alongside the FSA.

"The Syrian regime seems to be making progress in encircling rebel-held East Aleppo," Heller said, "but it’s a sort of slow, grinding progress."

While government and opposition forces face off in Aleppo, Islamic State fighters who have been battling their way towards Syria's northern city in recent months were reportedly 30 kilometers from Aleppo.

While all attention still focused on Kobane, ISIS is slowly still pushing (vs. Islamic Front) towards Marea north of #Aleppo city. #Syria

After the battle in Kobane is over, Heller said he could see the Islamic State group either pushing hard on A’zaz, a town north of Aleppo and near the Turkish border, or continuing to overrun these smaller enclaves inside their zone of control, for example Deir Ezzor and the eastern Homs desert around Palmyra.

"I’m sure Hama will continue to be hot, and Dara’a-Quneitra seems to be particularly active," he said. Hajj
Wounded Syrian is pushed in wheelbarrow to Hajj