Jordan says that Britain, Canada, and Germany have promised to resettle rescue volunteers 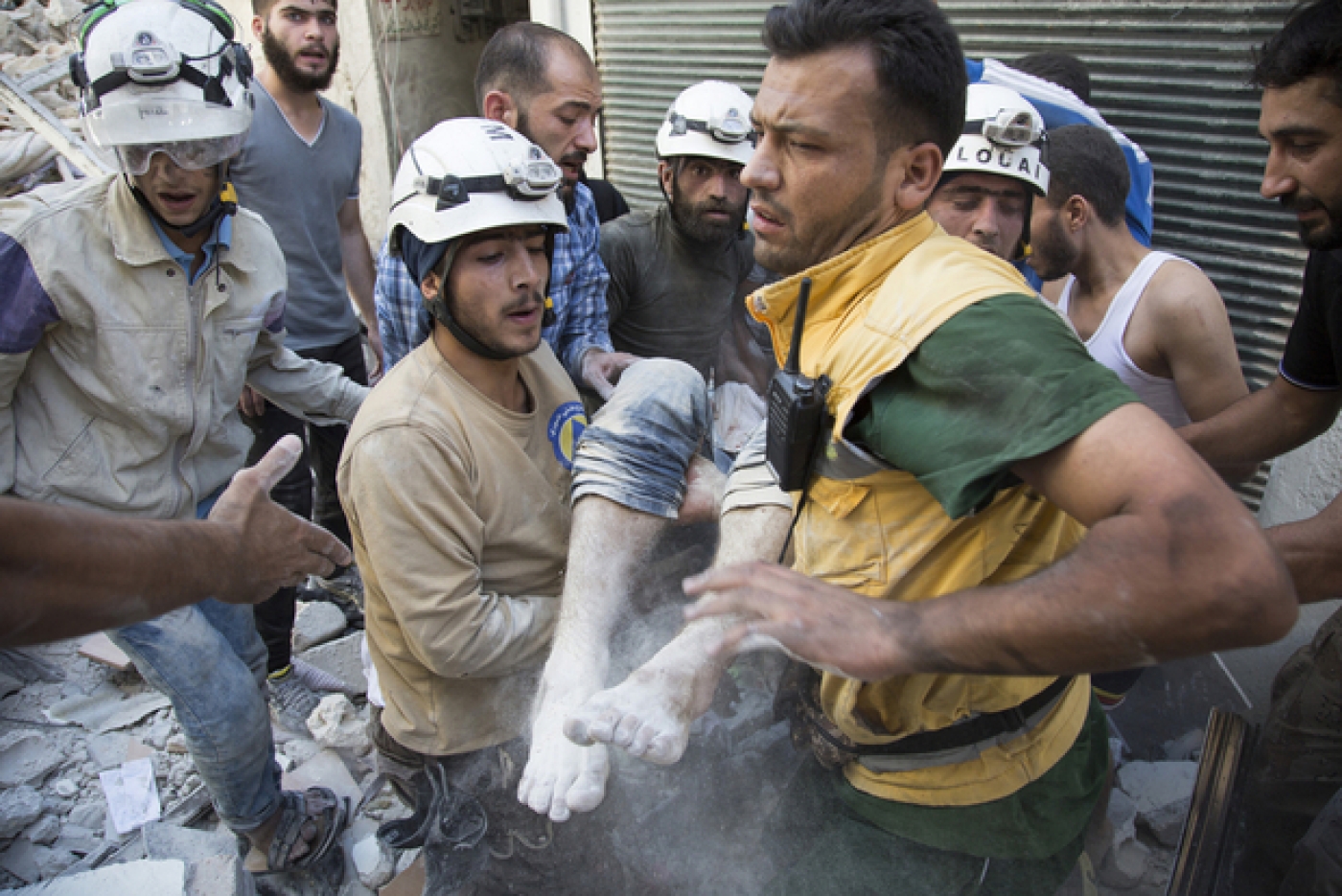 Hundreds of rescue volunteers from the Syrian Civil Defence were evacuated on Sunday to Jordan by Israel at the request of the United States and European powers.

A Jordanian government source said 422 people were brought from Syria, over the Israeli-occupied Golan Heights frontier and into Jordan, down from a figure of 800 announced earlier by the foreign ministry in Amman.

The evacuees will be kept in a "closed" location in Jordan and resettled in Britain, Germany and Canada within three months, the source added.

A second non-Jordanian source familiar with the agreement said the original plan had been to evacuate 800 people, but only 422 made it out as operations were hampered by government checkpoints and the expansion of Islamic State in the area.

The evacuations took place as fears mounted for the safety of the rescue workers as Syrian government forces edged closer to taking control of southern Syria.

The group, known famously as the White Helmets, is a network of first responders who rescue wounded in the aftermath of air strikes, shelling or explosions in rebel-areas.

Since its formation, when Syria's conflict was nearing its third year, more than 200 of its volunteers have died and another 500 have been wounded.

Jordan confirmed that it had authorised the evacuation of the rescue workers.

"The [Jordanian] government gave the permission after Britain, Germany and Canada made a legally binding undertaking to resettle them within a specified period due to a 'risk to their lives'," the kingdom said.

Israel confirmed the evacuation and said that the transfer was a "humanitarian" task performed at the request of the "United States and additional European countries".

"The civilians were evacuated from the war zone in southern Syria due to an immediate threat to their lives," the Israeli army said on Twitter.

"The transfer of the displaced Syrians through Israel is an exceptional humanitarian gesture."

Surrounded and in danger

White Helmets head Raed Saleh said the evacuees had arrived in Jordan after being "surrounded in a dangerous region".

They were encircled in the provinces of Daraa and Quneitra, he said, including a number trapped between the Israeli border at the Golan Heights and advancing Russia-backed government troops, he told AFP.

British Foreign Minister Jeremy Hunt said in a statement on Sunday that the UK had to participate in evacuating the White Helmets to ensure their "immediate protection."

Canadian Foreign Minister Chrystia Freeland said she "called for global leadership to support and help these heroes" during a meeting of foreign ministers at a NATO leaders' summit in Brussels a week ago.

The White Helmets have rescued thousands of civilians trapped under the rubble or caught up in fighting in battered opposition-held zones along various fronts of Syria's seven-year conflict.

The group's motto - "To save one life is to save all of humanity" - is drawn from a verse in the Quran, although the White Helmets say they help all victims, regardless of religion.

Some members have received training abroad, including in Turkey, and returned to instruct colleagues on search-and-rescue techniques.

The group receives funding from a number of governments, including Britain, Germany and the United States. It also solicits individual donations to purchase equipment like its signature hard hats. 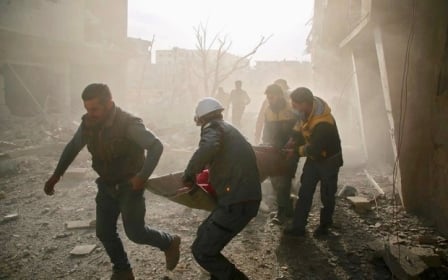