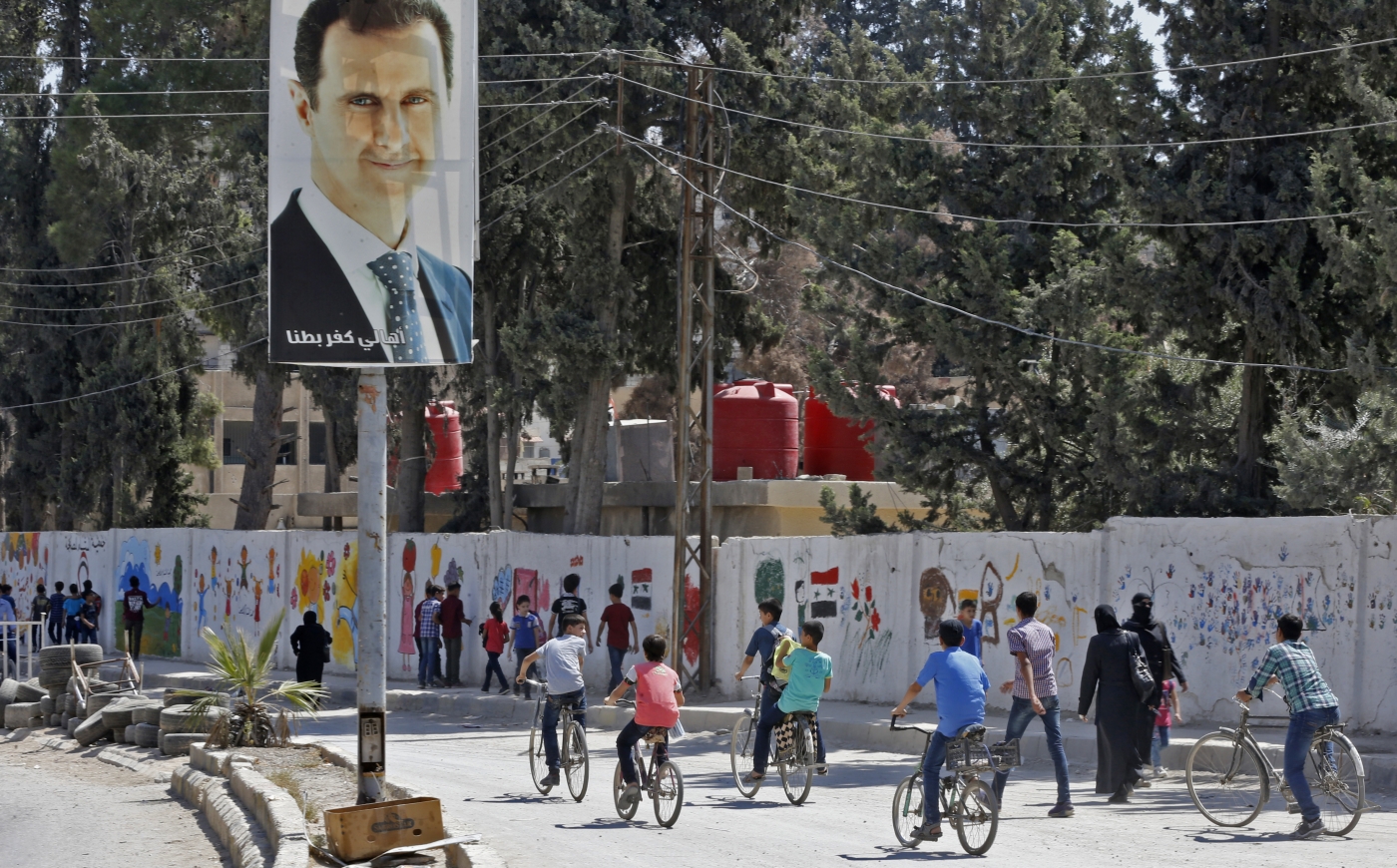 Syrians in areas captured by the forces of President Bashar al-Assad have faced systemic abduction, torture and harassment at the hands of the authorities, according to a new report by Human Rights Watch (HRW).

According to the human rights group, people formerly involved with the Syrian opposition - including former activists, fighters, doctors and media workers - have been targeted by Assad's security services, even after signing reconciliation agreements with the government.

The report said that local monitoring organisations had documented at least 500 arrests in the former rebel-held areas of Daraa, Eastern Ghouta, and southern Damascus since August. HRW itself documented 11 specific cases of "arbitrary detention and disappearance".

In most cases, those detained were never charged and were taken by the security services after a complaint was filed against them. The detainees were often subjected to beatings and their families were not informed of the arrest or their whereabouts.

“Active combat has ended in much of Syria, but nothing has changed in the way intelligence branches trample rights of perceived opponents of Assad’s rule,” said Lama Fakih, acting Middle East director at Human Rights Watch. Idlib's ancient treasures could be lost in this war
Read More »

“Lack of due process, arbitrary arrests and harassment, even in so-called reconciled areas, speak louder than empty government promises of return, reform, and reconciliation.”

Assad's government and its allies have largely recaptured most of Syria after a long war that erupted when anti-government protests in 2011 were brutally repressed by security forces.

Following the recapture of these areas, Assad offered amnesty to all who agreed to end anti-government activities.

Reconciliation agreements have restored government control over swathes of central and southern Syria, but rights groups have heavily criticised them from the start because they were signed under pressure from air strikes and military force.

Thousands of opposition supporters - primarily former fighters and their families - chose to be evacuated to camps in the few remaining pockets of rebel-held territory rather than risk government reprisal.

HRW called for Russia, a major Assad ally, to "use its influence with its ally Syria to stop arbitrary detention and harassment".

"Russia should also support the work of impartial international organisations to gather information on the whereabouts of disappeared people, monitor detention sites, and facilitate communications with families," said the report.

"Russia should press the Syrian government to cooperate fully with these organisations to ensure they have full access to formal and informal detention centres."