Syria's former economic powerhouse, Aleppo has experienced shortages in water and electricity since 2016 (AFP)
By
Reuters

The power supply in Syria's Aleppo will be boosted this year thanks to new capacity installed by Syrian ally Iran, a step towards reviving the industrial hub whose electricity grid has been destroyed in seven years of war, a Syrian official said.

The five power generation plants are part of a deal agreed last year by which Iran, a vital supporter of President Bashar al-Assad, will help repair the Syrian power grid, and which reflects Tehran’s deepening role in the country.

Syrian government forces, with critical help from Iran-backed militias and the Russian air force, recovered full control of Aleppo some 14 months ago, driving out rebels who had held the city's eastern districts.

Mohammed al-Saleh, the director general of the state-owned Aleppo power company, said all of the city's pre-war power generation capacity - amounting to 1,000 Megawatts - had been destroyed in the conflict that erupted in 2011.

He said the new capacity being installed by Iran at a cost of $135m would produce 125 megawatts once it comes on line at some point between April and June.

"Other sources will enter service to feed Aleppo city ... and so the hours of provision will certainly increase after April 2018," said Saleh, speaking to Reuters as he inspected work to restore the power supply to one part of the city.

Industrialists have cited power supply as one of the big impediments to reviving their businesses in Aleppo, a city which enjoyed 24-hour-a-day electricity before the war.

Power provision today ranges between 12 and 14 hours a day in parts of the city where there is electricity, said Saleh.

Some parts of the city, specifically areas that were under rebel control, have yet to be reconnected to the power grid, he said. The government aimed to restore electricity to those areas this year.

"There is cooperation from our Iranian and Russian friends in the power sector," he said when asked how the government plans to restore power to those areas.

Western states, some of which have backed the anti-Assad opposition, have said they will not help rebuild Syria until a political transition is in place. The Syrian government hopes China will help it rebuild, in addition to Iran and Russia.

While Assad continues to recover territory from rebels, the main highway linking Aleppo to other government-held cities such as Hama, Homs, Latakia and Damascus still runs through territory held by militants, rendering it insecure.

That forced the government last year to extend new power lines out into the desert along a circuitous but secure government-held road to Aleppo. "More than 170 towers were put up along the road," Saleh said.

He also said that state engineers were fixing the power grid in Kurdish districts of Aleppo city that were recently restored to state control after Kurdish militias withdrew. 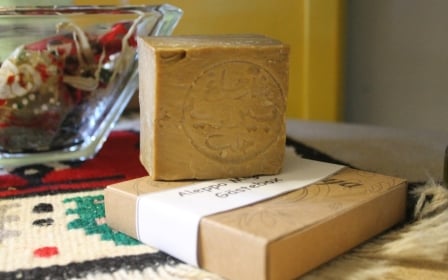