Syrian conflict has forced nearly half of the population of 22.8 million to flee their homes, and killed more than 191,000 people 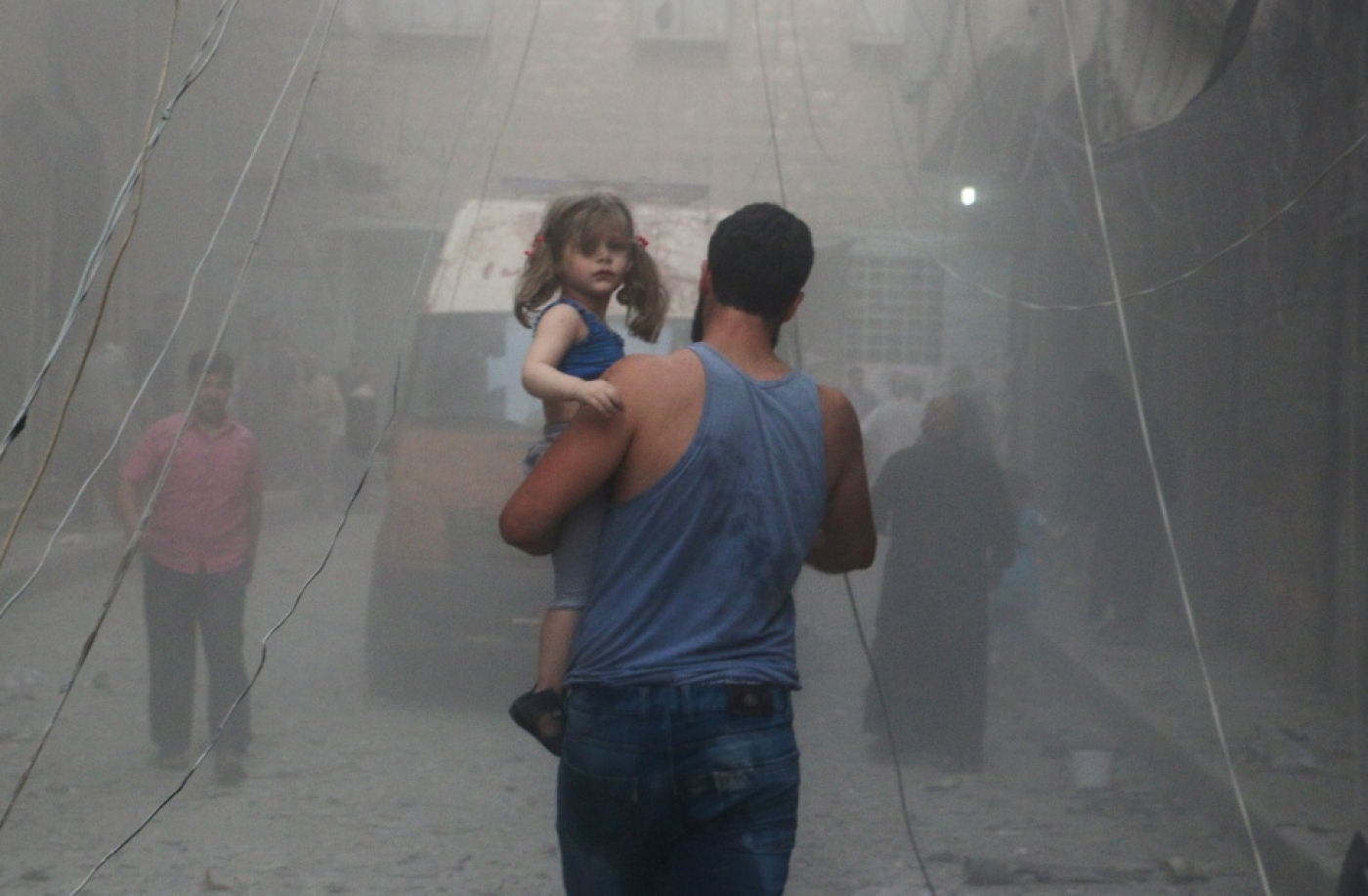 A Syrian man carries a girl on a street covered with dust following a air strike by government forces in the northern city of Aleppo on July 15, 2014 (AFP)
By
MEE and agencies

The Syrian conflict has killed more than 191,000 people, displaced millions and left the country in ruins with no end in sight to the bloodshed.

Key figures follow on the casualties and damage in the conflict that erupted in March 2011 with peaceful protests for reform but escalated into all-out civil war after the government launched a brutal crackdown on dissent.

The United Nations rights chief Navi Pillay said on Friday that at least 191,369 people have been killed between March 2011 and April this year on both sides of the conflict, nearly double the number of 93,000 given a year ago.

Slamming "international paralysis", she stressed the figure was likely an underestimate.

At least half a million more people have been wounded, according to the International Committee of the Red Cross in late 2013.

According to lawyers, tens of thousands of people, including well-known opposition figures, are rotting in prison, despite a general amnesty announced by President Bashar al-Assad in June.

The conflict has forced nearly half of the population of 22.8 million to flee their homes.

The UN High Commissioner for Refugees said on Thursday nearly three million Syrians are now registered as refugees in neighbouring countries in the Middle East.

Turkey hosts 1.2 million refuges, including more than 900,000 living without assistance outside refugee camps. Lebanon has taken in 1.1 million and Jordan more than 600,000. Nearly 220,000 have fled to Iraq.

The UNHCR says another 6.5 million have been displaced within Syria itself since the start of the conflict.

The UN says humanitarian agencies are cut off from 4.7 million Syrians who are trapped by fighting, or besieged by government or opposition forces.

The United Nations says the humanitarian situation is "critical, with three-quarters of the population living in poverty and 54.3 percent in extreme poverty.

Even worse, some 20 percent of people are living in abject poverty, without access to basic needs.

According to the Economist Intelligence Unit, Syria's economic output will stand at $34 billion in 2014, compared with $60 billion in 2010.

The bill for damage done by the war stands at $31 billion, according to official figures.

Oil production has plunged by 96 percent since the start of the uprising, the oil ministry says.

Militants from the Islamic State group control large swathes of territory in northern and eastern Syria, and have taken control of the main oil fields in eastern Deir Ezzor province in the past few months.

According to figures released in July by London-based Syrian Network for Human Rights, more than 133,000 people were killed, the majority of which civilians, in attacks by forces loyal to Syrian President Bashar al-Assad since the beginning of the conflict in March 2011.

"The majority of those killed (in the conflict) were civilians and most of them were killed as a result of indiscriminate regime shelling," Fadel Abdulghani, director of SNHR, told MEE.

"The figures show that the regime's barrel bombs and scud missiles have been the main cause of civilian deaths in the Syrian conflict," he added.

Abdulghani said "23% of the total number of those killed were children and women."

The report also addressed those who were killed by anti-Assad rebels in areas not controlled by the government.

SNHR says it has documented that al-Qaeda affiliated groups have no less than 1,607 people including 588 civilians, among them 67 children and 53 women.

It adds that other armed groups have killed 438 civilians, among them 29 children and 36 women.

Abdulghani said SNHR does not have the accurate means to verify the death in areas still under the control of the government.

The Syrian government maintains that it is fighting against "terrorist" and denies targeting civilians.