Some US analysts agree with Netanyahu that Congress should reject a weak deal with Iran, while others say his speech was merely aimed at trying to win votes ahead of Israeli elections 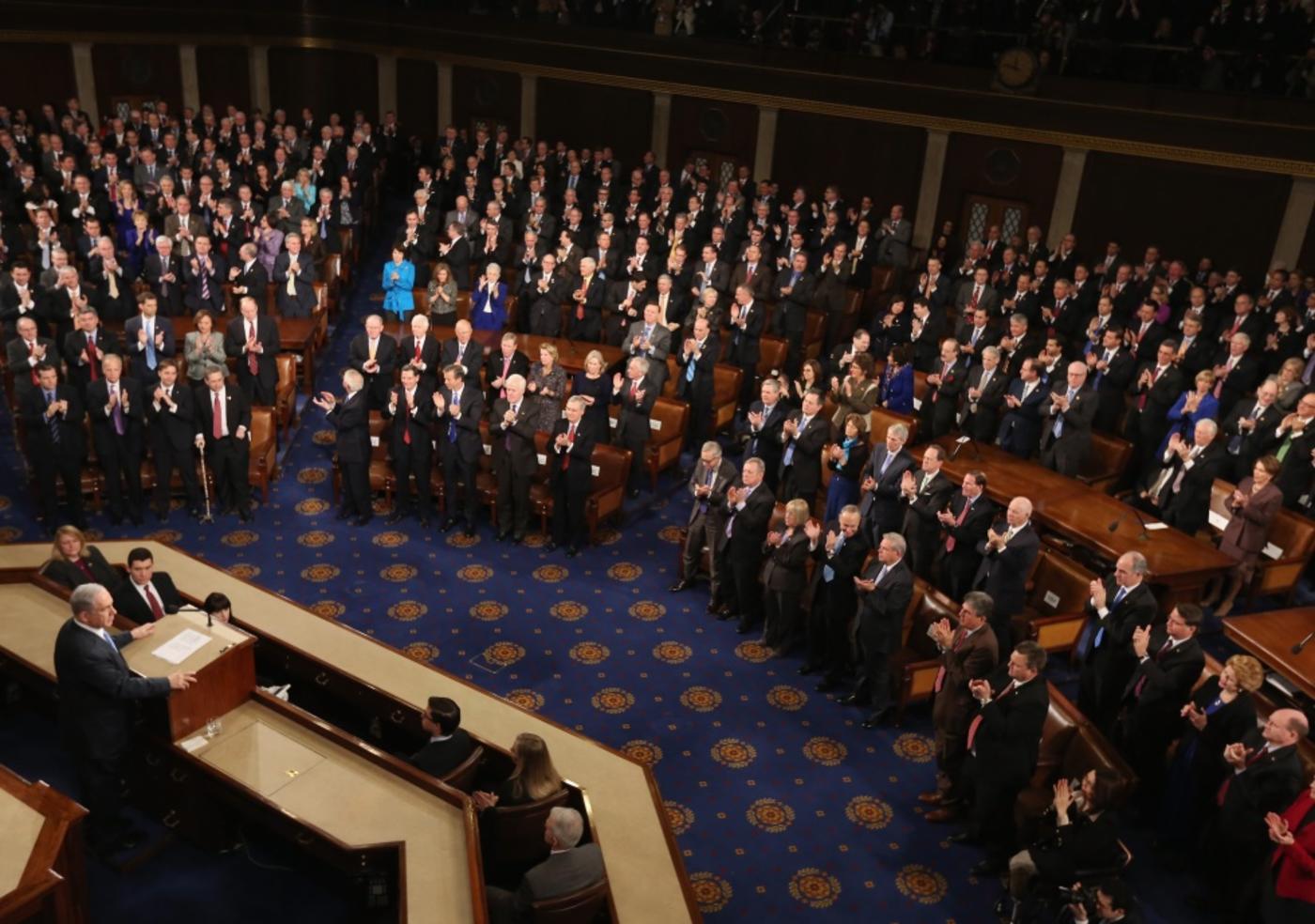 Members of Congress cheered during Netanyahu’s speech, but the absence of dozens of Democrats from the joint session indicated the Israeli PM’s hard-line talk on Iran remains divisive (AFP)
By
James Reinl

NEW YORK - As negotiations over Iran’s nuclear programme continued in Switzerland on Tuesday, Israeli Prime Minister Benjamin Netanyahu told the US Congress that he feared the White House was close to striking a “very bad” deal indeed.

Netanyahu told US lawmakers that President Barack Obama’s much-anticipated bargain with Tehran and other major powers would do little to stop Iran from building doomsday weapons and turning the Middle East into a “nuclear tinderbox”.

The Israeli leader was cheered and applauded during his 39-minute speech, but the absence of as many as 59 Democrats from the joint session of Congress indicated that Netanyahu’s hard-line talk on Iran remains divisive.

As he spoke, officials from Iran, the US and its negotiating powers met in the Swiss lakeside town of Montreux to hammer out a framework deal by the end of March on curbing Iran’s nuclear activities, inspecting facilities and lifting sanctions from its battered economy.

Middle East Eye takes a look at the main arguments over tackling Tehran:

Netanyahu said Iran is run by wicked theocrats who arm terrorists, are hell-bent on regional domination and are building nuclear weapons to bully neighbours and threaten the US. The planned deal “all but guarantees that Iran gets those weapons,” he said.

Elements of the deal are already public, he said, and include big concessions to Tehran. Iran would retain nuclear facilities and thousands of centrifuges, which enrich uranium. It would be at a nuclear weapons threshold, with a “short break-out time” of less than a year.

Worryingly, the deal will also “expire in about a decade,” leaving Iran free to expand its atomic schemes thereafter.

“Now, I want you to think about that. The foremost sponsor of global terrorism could be weeks away from having enough enriched uranium for an entire arsenal of nuclear weapons, and this with full international legitimacy,” he said.

Instead, he called for using sanctions to wring more concessions and a “better deal” from Iran in which it abandons nuclear facilities and its “aggression ends”.

US National Security Advisor Susan Rice spelled out the administration position at the meeting of a pro-Israel lobby group on Monday, describing plans to “verifiably cut off every pathway for Iran to produce enough fissile material” for weapons.

Iran has scaled back its uranium enrichment work during talks, she said. A final deal would stop Iran from producing weapons-grade plutonium at a facility at Arak, and from enriching uranium at its underground centre at Fordow.

Calling on Iran to wholesale scrap its nuclear sector is “not a viable negotiating position,” Rice added. Instead, Iran’s “breakout window” should be “at least one year” and the deal should last “more than a decade”.

On Tuesday, an Obama administration official said Netanyahu had not offered alternatives to Congress.

“Simply demanding that Iran completely capitulate is not a plan, nor would any country support us in that position,” the official said in Switzerland, speaking on background.

Iran says its nuclear work is for making electricity and medical isotopes – not bombs.

“Iran will not accept excessive and illogical demands,” he added, according to the Fars news agency.

Iran’s economy is suffering from falling oil prices and sanctions, which it wants lifted. Oil exports have dropped almost 60 percent since 2012, costing it more than $200 billion, the US says.

Outside of Congress, analysts debated who is right on Iran: Netanyahu or Obama. Some said the Israeli leader was persuasive and that Congress should reject a weak deal; critics said he was trying to win votes ahead of Israel’s 17 March elections.

“Netanyahu sincerely views Iran as an existential threat, but it’s largely his personality that leads him to this Manichean view of Iran,” Michael O’Hanlon, a defence expert at Brookings Institution, told MEE. “His perspective is not compatible with US interests: he’s part of the problem in the Middle East and not the solution.”

The American Israel Public Affairs Committee, a pro-Israel lobby, warned of a deal that will not dismantle Iran’s nuclear programme. Congress must “review any agreement, and object if a bad agreement is reached,” it said in a statement. Conversely, Trita Parsi, president of the National Iranian American Council, said Congress scrapping the deal would be a “greater foreign policy mistake than the Iraq invasion”.

“The evidence suggests that Americans would like to see their leaders strike a deal with Iran, even if it leaves some nuclear infrastructure in place; impose the toughest possible inspection regime, and harshly punish major violations,” he told MEE. “Americans are willing to use force against Iran, but only after they have tested the consequences of a negotiated deal and found them wanting.”

For Leslie Gelb, President Emeritus of the Council on Foreign Relations, a deal is better than war.

“A deal with Iran gives us a chance to work things out. It’s a no-brainer. It doesn’t mean that Iran will start behaving decently or that the US and Iran will have great relations - we don’t know yet. But at least it opens up that possibility without increasing the risks,” he told MEE. 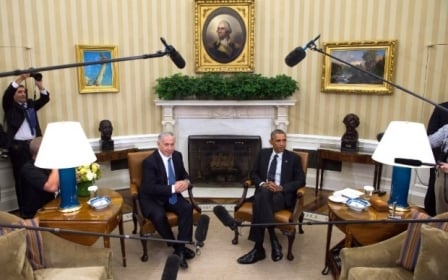