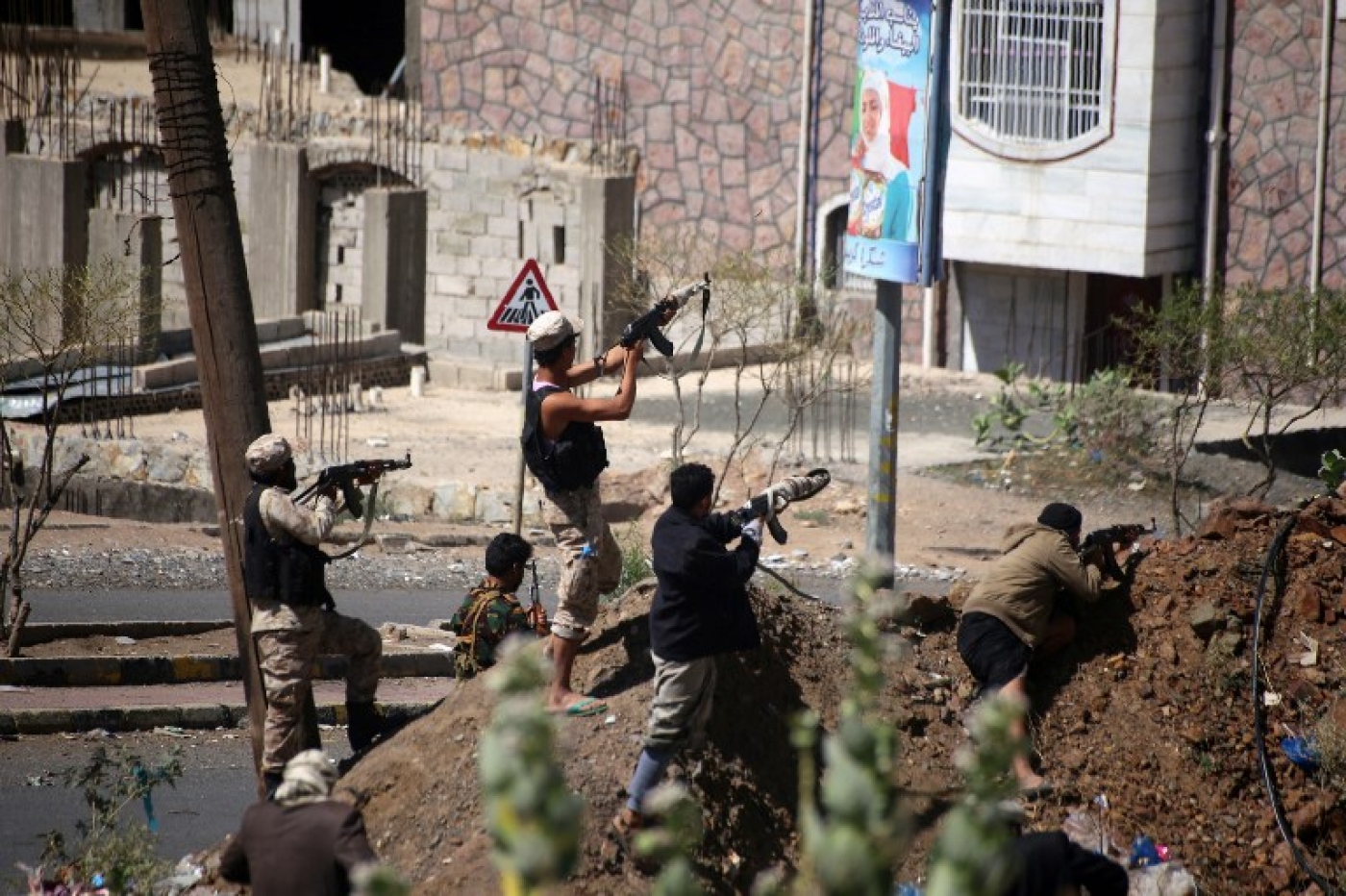 Yemeni fighters from the popular resistance in Taiz, pictured in March (AFP)
By
MEE correspondent

TAIZ, Yemen - The fighting raged for three days and spilled from villages in Taiz to engulf the sprawling market at al-Turbah. But those fighting were not on opposing sides in Yemen's war.

The men killing each other were different wings of the Popular Resistance, and their prime motivation was money. Or, more precisely, the control of lucrative "taxes" and bribes being extracted from traders, shopkeepers and businessmen.

No longer is the struggle just against the Houthis, the hated enemy in Taiz. The focus for some within the resistance - gaining control of the economy - is what now drives their violence. And the victims of these simmering turf wars are, inevitably, the civilians they seek to exploit.

The 11 June battle in al-Turbah involved men under the command of Mokhtar al-Zuraiqi and Mohammed al-Anasi, two powerful resistance factions, and was stopped only when regular troops from the 35th Armoured Brigade were sent by their commander Brigadier Adnan al-Hamadi. Two fighters were killed and many more were seriously injured.

Rule of law in Taiz is non-existent - there are no courts, no working civil governance and no police force - and the Popular Resistance is the de facto power. It has taken over taxation, rules on local and criminal disputes, sets tariffs and runs police stations. And 11 June was not the first time competing factions have clashed.

In some areas this has led to claims of extortion, land seizures and intimidation by the resistance fighters, according to locals in Taiz.

While many refuse to speak to journalists fearing reprisals, one tradesman in al-Turbah told MEE: "The fighters of the resistance force us to pay them each month, and they say this is the tax, but we used to pay taxes only once a year by using official bills."

He said he pays fighters the equivalent of $12 a month and added other traders were often threatened with weapons or beaten if they refuse to pay.

Mohammed, who works at al-Turbah's tax office, said the office had been effectively closed since April last year. Since then, vendors have not paid taxes to the government and the resistance has muscled in.

"The fighters of the resistance collect taxes illegally without bills, and they only extort the weak in the market," he said, adding some traders had hired "thugs" to protect them.

"If the leadership of the resistance wants to develop Taiz, they can co-operate with the various public institutions in Taiz, and we will be happy to help them. But the current behaviour is not right."

The Houthis have been besieging Yemen's third largest city since last year, with fighting continuing to rage even when guns in other parts of Yemen fell silent.

Large parts of the city have been hard-hit but Turbah market, once a drab fish market, blossomed into a small but vibrant pocket where people could still go to shop and get away from it all.

Law and order break down

The Popular Resistance have not stopped at simple extortion and threats of violence.

Walid Modhish sought redress after fighters from the resistance seized his land in a village near al-Turbah. But his only option was to visit a police station controlled by the people he complained about.

The group demanded he pay the equivalent of $48 - a large sum in rural Taiz - for a military vehicle to visit his land.

"When they arrived, they found that other resistance fighters had seized my land, and so they did nothing and returned to their office," Modhish told MEE.

"I want to tell [Sheikh Hamoud] al-Mikhlafi [the leader of the Resistance in Taiz] that his fighters were stealing from us and that his weapons are being used against civilians and not against the Houthis.

"May Allah take revenge for me."

"Three months ago, there was a dispute between me and my cousin over a garden.

"It cost me $800 to complain to the resistance, and they did not solve the dispute. I went to a tribal sheikh and he solved the problem for only $80," Aswadi told MEE.

The resistance in Taiz has long complained of cash shortages and a lack of help to defeat the Houthis from their Saudi-led allies.

Bakeel al-Zuraiqi, a leader of the resistance in al-Shimayateen district, told MEE he commanded more than 500 fighters who all depended on the taxes and some support from the leadership.

"The Popular Resistance in Taiz has replaced the government, and we are fighting for the sake of Taiz, so we deserve to collect the taxes from the markets, and we do not extort anyone in the province," Zuraiqi told MEE.

"We only take what is ours."

He referred to the fighting in al-Turbah as a "domestic dispute" which was "normal for any group".

Many fighters in fact joined the resistance because of money, after losing their sources of income at the beginning of the war, he added.

He said he was familiar with Walid’s complaint, among many other similar disputes, but said the resistance could not solve his problems.

They require judges, not fighters, he said.

"The disputes over lands in the whole province will be postponed until the courts reopen again, and if someone seized land, the courts will treat these people fairly," Zuraiqi said, denying that the resistance had seized lands for its own benefit.

No one knows when the courts will resume their work to settle these disputes.

Meanwhile, the threat of violence looms large over al-Turbah.

Abdulwadood, a resident of al-Turbah, said the resistance had left residents in a state of fear.

"The two groups already fought a month ago for the same reason, and Hamadi had to intervene then," he said. "There are still armoured vehicles in al-Turbah. Clashes could break out at any time." 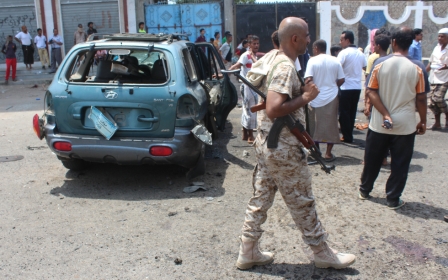