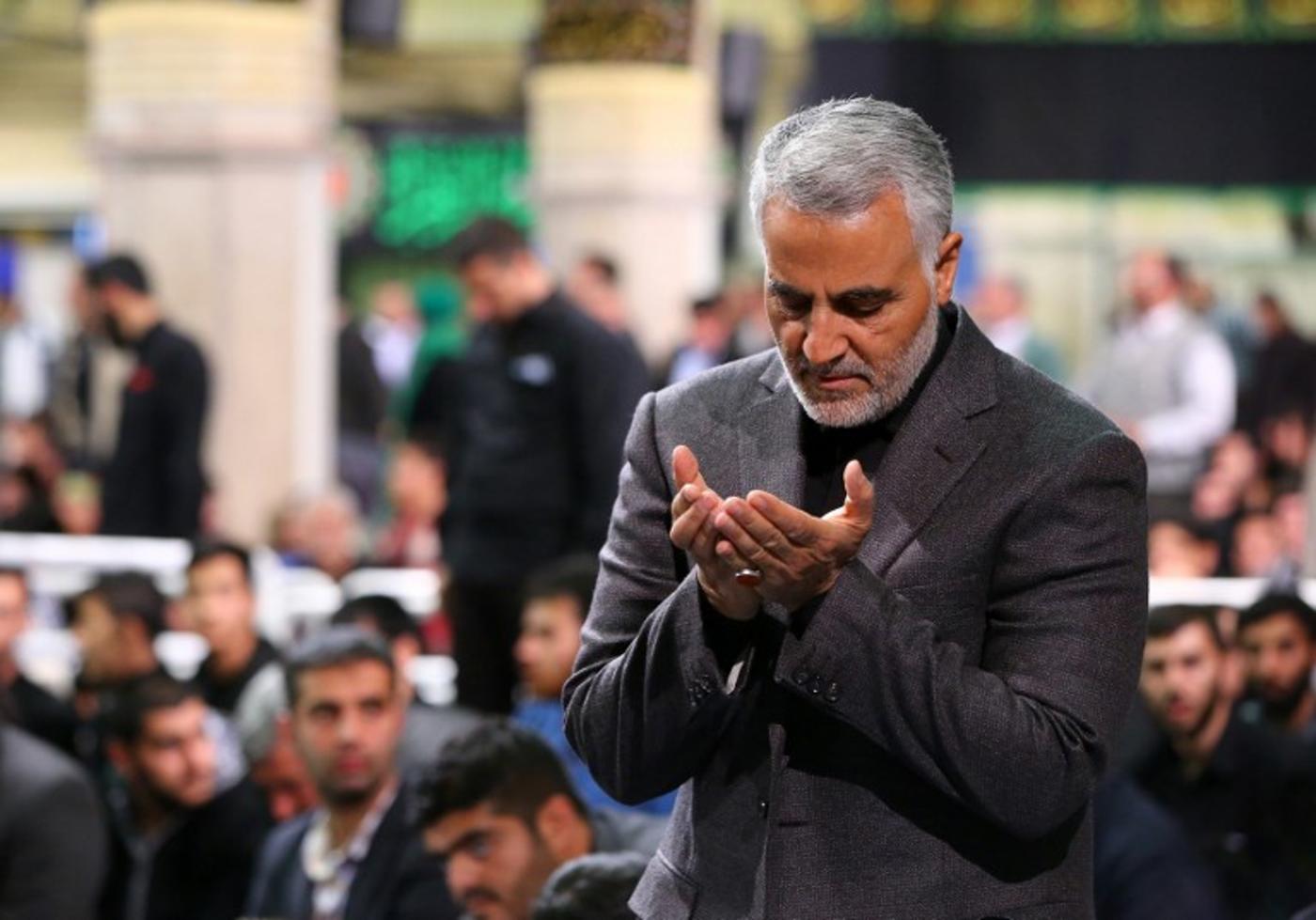 Iran says it has foiled a plot by Israeli and Arab intelligence agencies to assassinate Major-General Qassem Soleimani, who heads the elite Quds force, according to local media outlets.

The Quds force, a unit with the Islamic Revolutionary Guard Corps (IRGC), is tasked with carrying out operations beyond Iran’s borders.

Speaking at a conference in Tehran, Hussein Taeb, the IRGC security head, said that the assassination team intended to buy a house near the grave of Soleimani's father and rig it with explosives to detonate when the general visited it during Muharram, the first month of the Islamic calendar. Taeb said that the plot had been planned over "several years" and was "intended to trigger a religious war" in Iran.

“Frustrated by their failure to upset security in Iran or to harm the IRGC military bases, the enemies had hatched an extensive plot to hit Major General Soleimani in his home province of Kerman,” Taeb said.

Taeb did not mention which Arab countries were involved in the plot but said that three people had been arrested.

It was not possible to independently verify the events described by Iranian media.

The Quds forces successes have made Soleimani instrumental in the steady spread of Iranian influence in the Middle East, which the United States and Tehran’s foes Saudi Arabia and Israel have struggled to keep in check.

The force has helped shore up support for President Bashar al-Assad's forces in Syria, where there have been repeated Israeli air attacks on Quds bases, as well as Iran's proxy forces across the region.

In August, Israel accused the force of planning "killer drone attacks" and said its air strikes showed Tehran that its forces were vulnerable anywhere.

Foreign Minister Israel Katz said at the time that Israel was working to "uproot" Soleimani, according to Israeli media.

On Tuesday, Soleimani said that Israeli aircraft targeted him and Hezbollah leader Hassan Nasrallah in Beirut during Lebanon's July War in 2006.

Soleimani made the comments during an interview screened on Iranian television. The general said he spent almost the entire duration of the 34-day conflict in Lebanon, which he entered from Syria alongside Imad Mughniyeh, a Hezbollah commander who was assassinated in 2008.

Hezbollah “had a situation room” in the heart of the area, he said, and the Israelis were “watching every movement”.

Late one night, Soleimani said he and Mughniyeh  - who was assassinated in an operation ascribed to Israel and the CIA - felt they needed to evacuate Nasrallah from the operations room.

The general said they took Nasrallah to a second building and shortly after they got there, two Israeli bombs hit nearby.

“We were feeling that these two bombings were about to be followed by a third one... so we decided to get out of that building," he said.

"We didn’t have a car, and there was complete silence, just the Israeli regime aircraft flying over Dahiyeh."

After ferrying Nasrallah to safety, he and Mughniyeh returned to the command centre.