Tens of thousands return home to a destroyed Kobane

After IS's retreat, locals return to Kobane to find crushed homes and basic infrastructure lacking, but are in no hurry to become refugees again 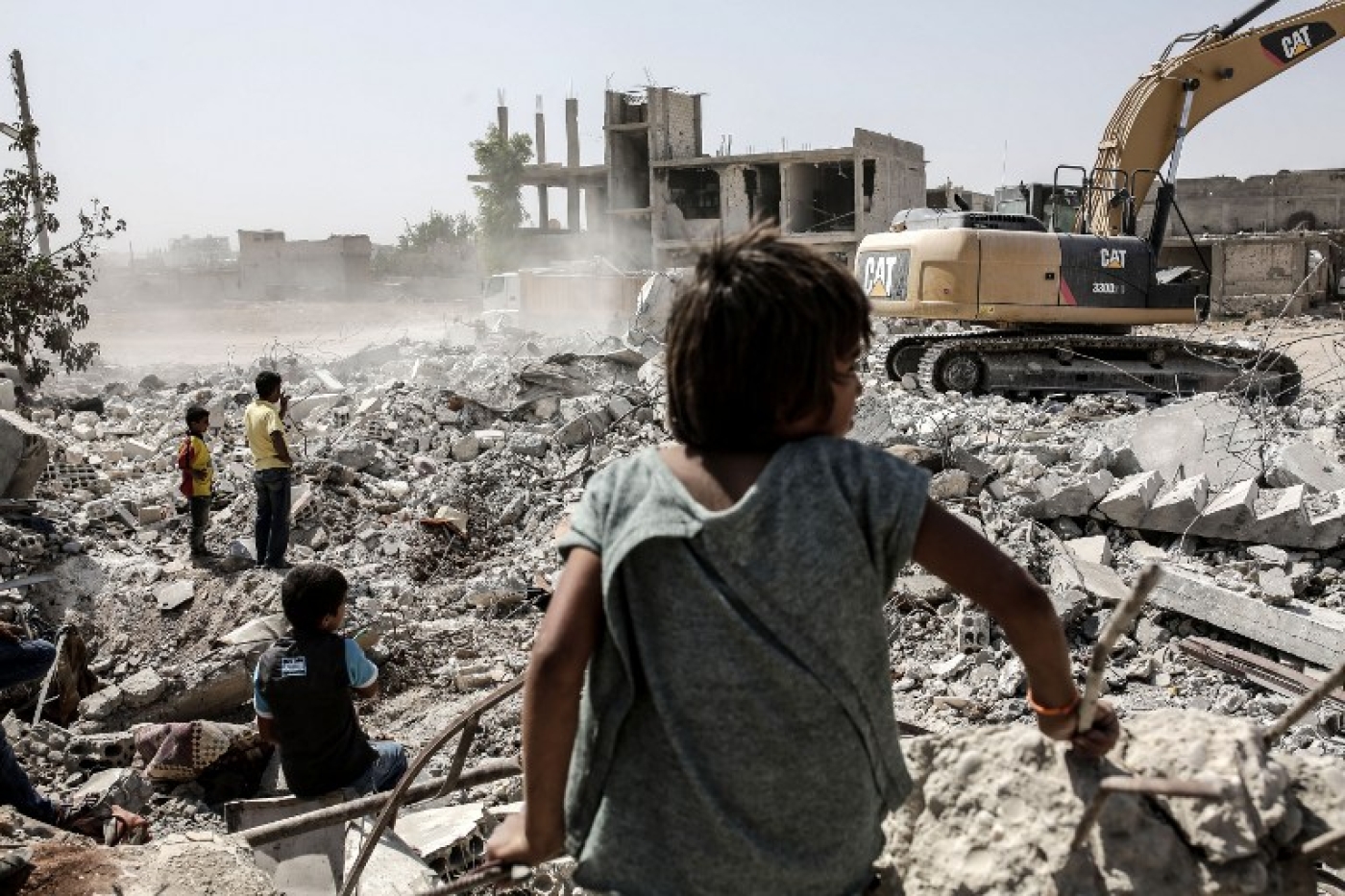 KOBANE, Syria - After Islamic State fighters vacated this strategic border town following one of the longest battles in the Syrian war, it took four months for the four Beko sisters and their families to feel it was safe to return from refuge in Turkey. Now the young women, two of them cradling four-month-old babies, stand on the porch of their two-story home surveying a scene of colossal destruction.

The top floor of the block of flats opposite their house is full of shell holes and down the street several buildings are little more than pancakes of concrete, their roofs crushed by US missiles and bombs. The Islamic State group (IS), or Daesh as everyone here calls it, using the acronym for its name in Arabic, seized parts of the town in September 2014.

Kobane is in the Kurdish-majority area of northern Syria and it took determined resistance by armed units of the People’s Protection Units (YPG) as well as help from allies in the Kurdistan region of northern Iraq to block IS from capturing the whole town.

After a month of local resistance, airstrikes were launched by the US-led coalition. At times, US planes dropped 500lb and 2,000lb bombs on any building thought to be housing IS fighters. For several weeks last winter, TV crews from around the world stood on the Turkish side of the border filming huge plumes of smoke and dust rising above Kobane. The town became a household name.

The Beko family home was spared from US airstrikes, even though it too had been seized by IS fighters. “Daesh destroyed our fridge and all the other electrical equipment when they left. They also forced open our safe,” said Aljin Beko, pointing to the large metal box which they are trying to repair.

“They thought it must contain cash but we kept it for our family documents and emptied it when we left for Turkey. We tricked them,” she said with a smile.

In spite of the massive destruction, what impresses any visitor to Kobane is the number of families who have returned to rebuild their pre-war lives as well as their homes. Some are squeezed into one or two rooms of what remains of a house. Over a third of the town’s 20,000 houses were totally destroyed, according to Abdul Rahman Hamo, the official co-ordinating the town’s rehabilitation.

Kobane no longer has electricity except what is supplied by diesel-fired generators. The water system was destroyed and the authorities have set up stand-pipes in each district which only work twice a week.

Yet more than 150,000 people have come back in the seven months since IS retreated, according to Idriss Nassan, the Kobani canton’s deputy head of foreign relations. The Turkish authorities open the border on Mondays and Thursdays for a few hours and some 2,000 people come each time.

This influx south to Syria rather than northwest to the European Union is living evidence that the best solution to Syria’s refugee crisis is to restore security. The spirit of community and being in familiar surroundings is the magnet which brings people back as long as the town remains safe.

Before IS entered the town in September last year, Kobane was considered one of the most peaceful places in Syria. Arabs and Kurds from other towns where the civil war was intense took shelter in the largely Kurdish north. Kobane’s population swelled from 350,000 to 500,000. Then came the IS attack, and 95 percent of the population fled to Turkey, including the Beko family. Shortly after they returned, they were faced with horror again in June this year. “At 4.30 one morning, we were woken by loud voices in the street and shouts of Allah Akbar.  We knew it was Daesh,” Aljin Beko said. Apparently determined to avenge their earlier defeat in Kobane as well as to try a new, more mobile tactic of lightning raids that included suicide bombings, IS wanted to show it was still a powerful force.

In their initial assault on Kobane last year, IS used tanks and armoured personnel carriers captured from the Syrian army. The rusting hulks of Soviet tanks have been put on display in a yard near the city’s administration building.

In the raid this June, IS could never have expected to retake the town. But their cadres massacred more than 200 civilians, as well as several dozen in a village south of Kobane, according to Fidan Zinar, the senior commander in Kobane of the YPJ, the women’s branch of the protection units.

The armed wing of a party which had a Marxist ideology when it started, the Kurdish forces follow liberal and secular principles. Women take part in combat, sometimes in all-women’s units, others in mixed ones alongside male fighters.

Asked how IS had managed to infiltrate the town’s defences (it took four days to beat them off) Fidan Zinar said: “There were many factors. The border with Turkey is porous. There were some gaps in our defences which we were not controlling properly. Some of the Dash people were wearing YPG uniforms with our emblems on their shoulders. They were also aided by people in the city, sleeper cells who support them.”

Zinar conceded that IS might penetrate again, using small groups of fighters and suicide bombers, but they could not mount another sustained attack.

During the IS raid, the Bekos stayed inside their house, hoping the danger would pass. “We don’t expect Daesh to return. We take turns with our neighbours to guard the street at night. We have one rifle which is passed to whoever’s on watch at night,” Aljin Beko explained.

Grim though the shock of the IS raid was, it was not enough to make them regret their decision to come home. They have a brother who’s been in Germany for a year. Would they try to join him? “We totally reject the idea of leaving,” Alvin said. Her sisters nodded in agreement. Having tasted the dislocation of being refugees, they are in no hurry to repeat the experience.