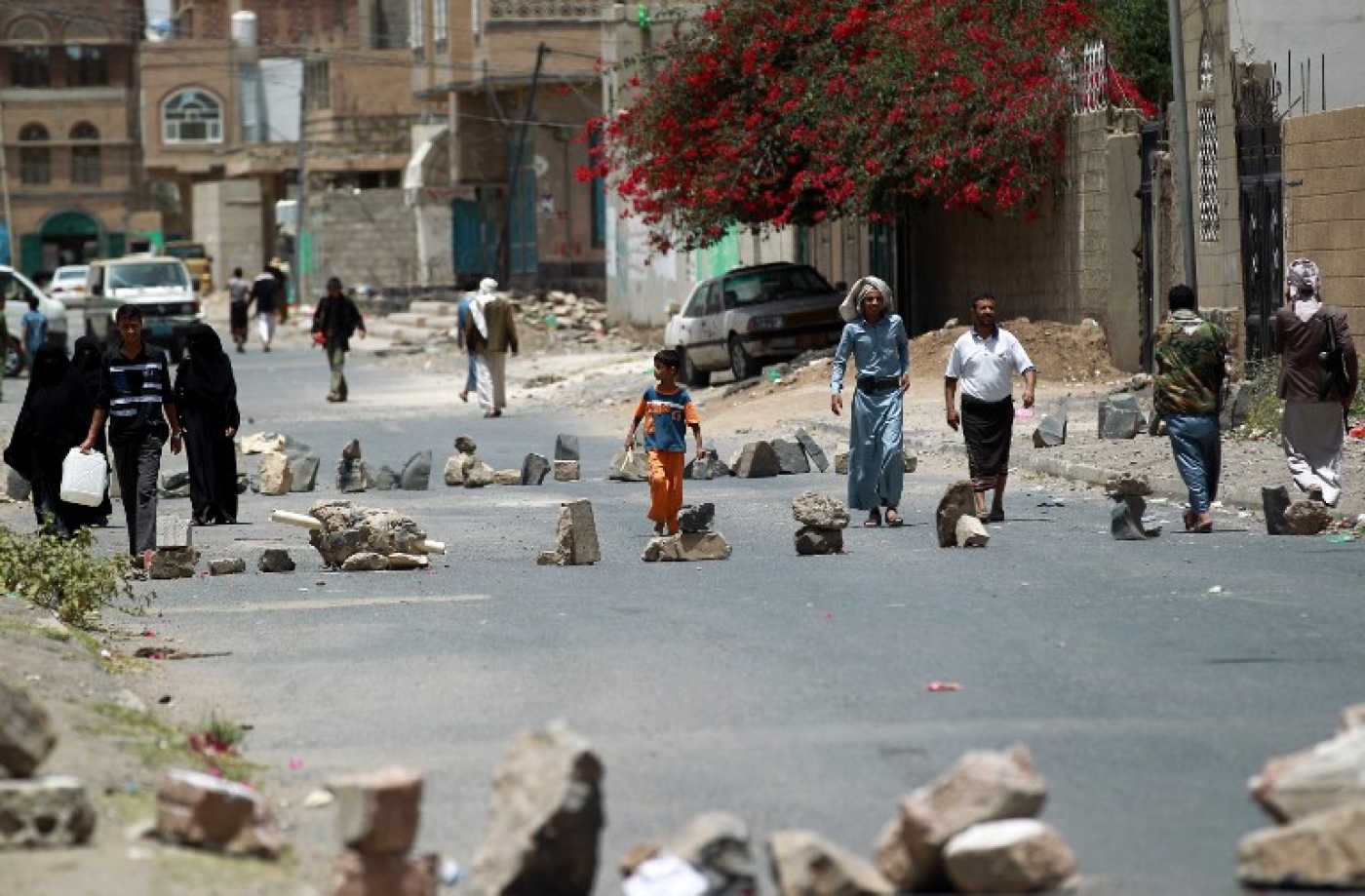 Yemenis near Shiite Houthi headquarters in Sanaa, Yemen on 21 June (AFP)
By
MEE and agencies

Ten civilians and three army technicians were killed on Wednesday when a bomb planted near a prison by presumed al-Qaeda militants exploded in south Yemen, a security official said.

The device placed in the Tibn area of Lahij province went off when the soldiers were trying to defuse it, but the area had not been sealed off to keep civilians away, the official added.

"Residents alerted the security services about an explosive device planted near a prison. Army ammunition technical officers were sent to the scene and were trying to defuse it.

"The bomb exploded prematurely, killing the three technicians and 10 civilians, and wounding 13 more including the local police chief," the official said.

Two hospitals in Lahij and Aden where the dead and wounded were taken confirmed the toll.

The dead civilians were among a crowd that had gathered to watch the army defuse the device and which was not kept at a safe distance by police.

Al-Qaeda in the Arabian Peninsula is active in southern Yemen where it often targets members of the security forces, despite a security push in April that ejected AQAP fighters from urban areas.

"Some Houthi militants were also killed, while others were injured," the source told Anadolu Agency on condition of anonymity.

The tribal source said clashes continued to rage, with both sides receiving reinforcements.

According to an official source, three tribesmen were killed and four injured, while five Houthis were killed and five injured during violent confrontations late Tuesday in the village of al-Ghayl.

A presidential mediation committee is still working to hammer out a ceasefire, with little progress reported so far.

Clashes first erupted in al-Jawf between Houthis and tribesmen in April, leaving a large number dead on both sides.

A few weeks ago, the mediation committee succeeded in forging a temporary ceasefire, but this proved short-lived.

Al-Jawf is strategically important in that it is located near the eastern Maarib province, the centre of oil production in Yemen.

The country has been dogged by turmoil since pro-democracy protests forced autocratic president Ali Abdullah Saleh to step down in 2012 after 33 years in power. Inside Yemen
Yemen announces ceasefire between army and rebel Houthis