Thousands of people attended a memorial rally for the late Israeli premier Yitzhak Rabin on Saturday, with organisers banning political speeches and stressing a message of unity across political divides.

"We want to hold the rally this year under a banner that unites rather than divides us," said Darkenu, one of the organisers - a group that says on its English-language website that it speaks for "the moderate majority".

Police did not release an official crowd estimate.

Rabin was gunned down in Tel Aviv at the square which now bears his name as he left a peace rally on 4 November 1995.

The killer was Jewish extremist Yigal Amir who opposed the Oslo peace accords, which envisioned an independent Palestinian state.

Rabin, a former head of Israel's armed forces, won the 1994 Nobel Peace Prize jointly with Shimon Peres and Palestinian leader Yasser Arafat for his role in negotiating the Oslo accords.

Netanyahu and his Likud party have often been accused of taking part in a hate campaign that preceded Rabin's assassination.

At an official graveside memorial ceremony on Wednesday, Rabin's son Yuval said the same divisive atmosphere still persisted and he challenged Netanyahu to make a public call for tolerance.

"There is no one to say, 'Stop this madness'," Yuval Rabin said.

"It is time for a statement from the house on Balfour Street that calls for the total eradication of violence and hatred," he said, referring to the location of the premier's official Jerusalem residence.

Netanyahu responded shortly afterward from the podium of Israel's parliament addressing himself directly to Rabin's son.

"I understand your pain in the face of the waves of slander and smears against your father," he said.

"I am picking up the gauntlet," Netanyahu added. "I call for national reconciliation and brotherhood." 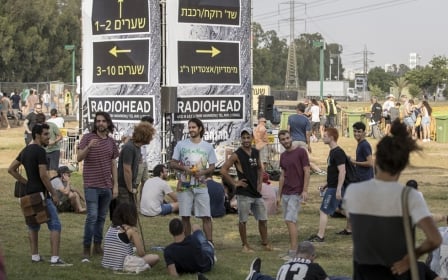