A 25-year-old man, reported to be a Libyan citizen, is being held following the deaths of three people in a park 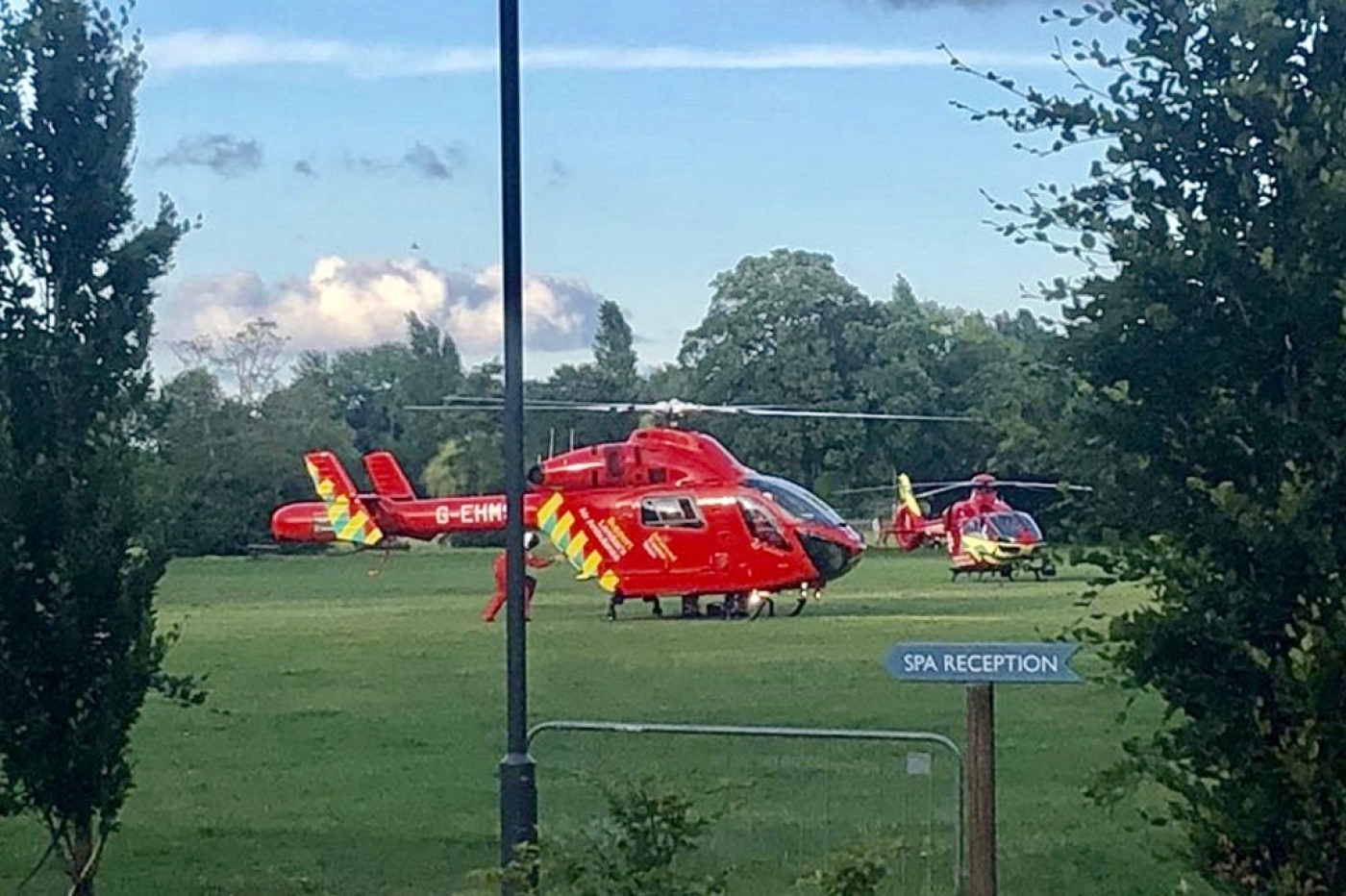 A stabbing attack in the southern English town of Reading, in which three people were killed and three others were seriously wounded, is being treated as terrorism, police said on Sunday.

Security sources told Reuters the man was a Libyan called Khairi Saadallah. The Daily Telegraph also named Saadallah and said he was a refugee.

Initially, UK broadcaster Sky News said officers had been treating the attack as related to terrorism; police then said it was not being treated as a terrorism incident but that officers were keeping an open mind.

In a statement on Sunday, Thames Valley Police said: "Counter Terrorism Policing can now confirm that the stabbing incident that happened in Reading last night has now been declared a terrorist incident."

A witness quoted by the Mirror newspaper said the knifeman "shouted some unintelligible words" before stabbing people who had gathered in the park on a warm summer evening in Reading, which is located about 65km west of London.

"My thoughts are with all of those affected by the appalling incident in Reading and my thanks to the emergency services on the scene," said British Prime Minister Boris Johnson.

Video footage posted on Twitter showed paramedics rushing to help at least three people who were bleeding on the ground at the Forbury Gardens park in the historic centre of the city of 220,000.

Reuters was unable to verify the footage independently.

Matt Rodda, an MP who represents Reading in Britain's parliament, said the park, located in a historic area of the town, was typically busy on a Saturday evening.

"It's used by people to sit and meet with friends and obviously at the moment people have been meeting there, observing social distancing, and just chatting to friends peacefully in a park," Rodda told Sky News.

"This incident happened in that kind of environment so it's really quite deeply shocking for local people."

Current coronavirus restrictions mean venues like pubs are closed, so people in Britain gather in parks in the evenings to meet friends.

The head of the local council authority in Reading, Jason Brock, said his thoughts were "with the families of all those who have died or have been injured".

The attack in Reading took place at the site of a Black Lives Matter (BLM) anti-racism protest in the town earlier on Saturday, but police said it did not appear to be connected.

A BLM supporter said on Facebook the stabbings occurred a few hours after the protest had ended and that people who attended the demonstration were unharmed.