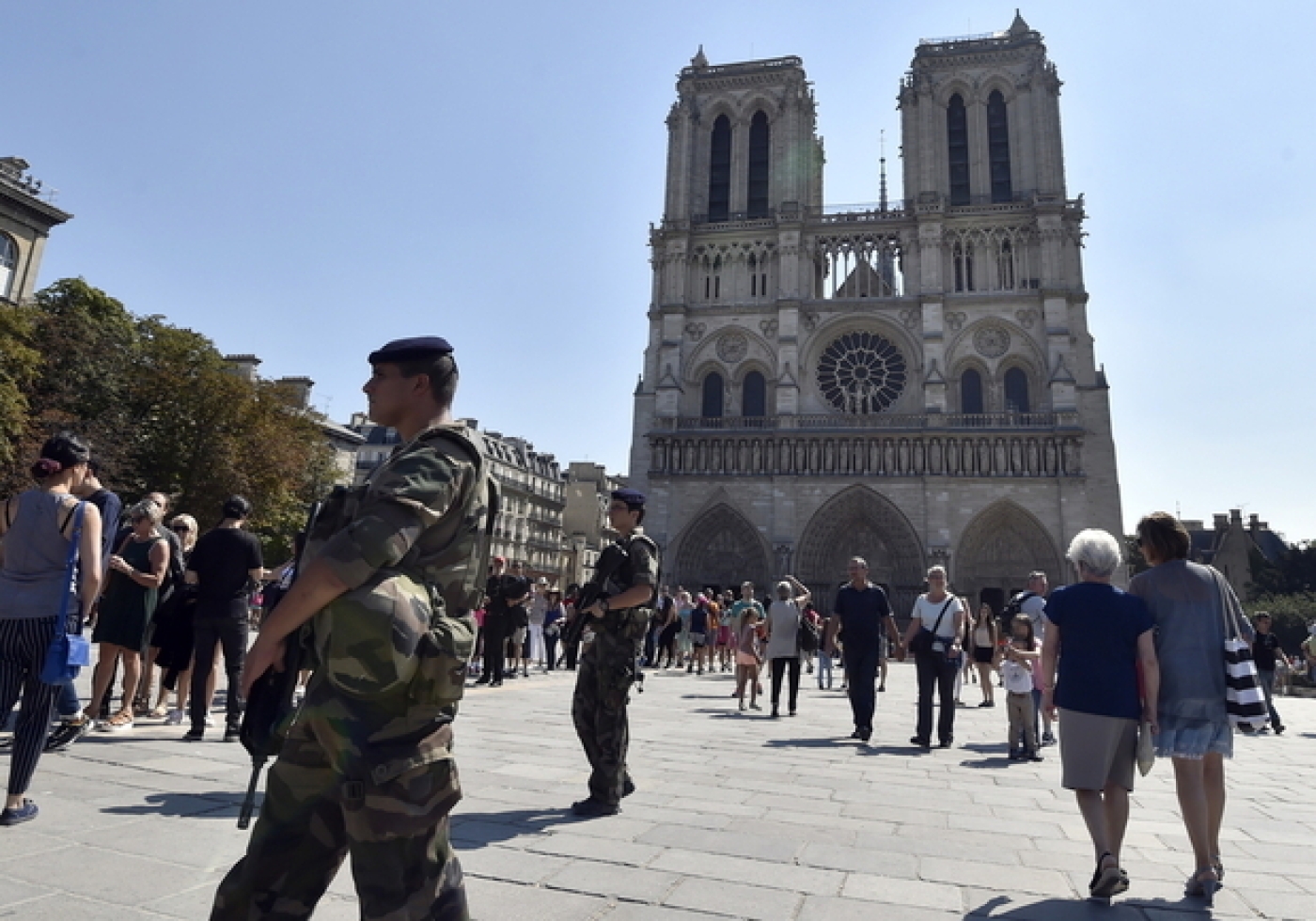 Three women arrested after a foiled plot to blow up a car packed with gas canisters near the Notre Dame cathedral in Paris were charged with terror offences on Monday and remanded in custody, the prosecutor's office said.

The women were detained last week after the discovery of the vehicle near Notre Dame on 4 September. Police believe they were planning other attacks including striking a train station in the Paris area or targeting police officers.

The suspects - named as 19-year-old Ines Madani, Sarah Hervouet, 23, and Amel Sakaou, 39 - were brought before anti-terrorism judges on Monday and charged with involvement in a terrorist conspiracy.

The two youngest were also charged with plotting to kill public officials, while Hervouet's boyfriend was charged with failing to report a terrorist offence, a statement said.

The women are believed by police to have been spurred by repeated calls by the Islamic State (IS) group for attacks in France, with a known French IS recruiter believed to be linked to the case.

France is on heightened alert after two shocking attacks in July - one in the southern resort of Nice, where a truck driver crushed 86 people to death, and another in Normandy, where two men slit the throat of an elderly Catholic priest as he said Mass.

The country has been repeatedly targeted by Islamic militants in the last two years, with an assault on the Charlie Hebdo satirical magazine in January 2015 followed by a rampage by gunmen and bombers at several target sites in Paris in November.

Prime Minister Manuel Valls on Sunday said the terror threat was at a "maximum" and that the authorities were foiling attacks and smashing militant networks "every day".

As many as 15,000 people were considered by French authorities to be radicals who pose a potential threat, he added.

Sources close to the investigation said the women had discussed obtaining suicide belts or ramming cars filled with explosives into buildings.

One of them was found in possession of a letter professing her allegiance to IS, which ordered the carnage in Paris in November that left 130 people dead.

A 15-year-old boy arrested in eastern Paris at the weekend was also brought before investigating magistrates on Monday to be charged with conspiring to commit attacks.

The youth had written to contacts on Telegram - an encrypted messaging app widely used by militants -  to communicate his plans to carry out a knife attack, sources said.

The women were arrested after police were alerted to a Peugeot 607 car parked near Notre Dame, one of Paris's busiest tourist spots on 4 September. It was found to contain five gas cylinders, three bottles of diesel and a half-smoked cigarette inside.

A fourth woman, Ornella Gilligmann, who has been charged with terrorism over the find, told police she and Madani had tried to set the vehicle alight but fled when they saw a man they believed to be a police officer approach.

Investigators moved quickly to arrest her suspected accomplices, believing them to be on the point of staging an attack.

During their arrest in the southern Paris suburb of Essonne, Hervouet stabbed a policeman, injuring him in the shoulder. Madani was shot in the leg after she also charged at an officer with a knife. Both were known to police for their links to Islamist radicals.

A police search of one of the women's homes found seven empty glass bottles and pieces of paper that "could look like paper fuses", but no explosives.

The case has highlighted the possible involvement of IS member Rachid Kassim, a 29-year-old Frenchman thought to have links to a string of attacks and plotters. Police believe he is directing militants over Telegram.

Kassim has regularly appeared in IS propaganda videos shot in Syria or Iraq. He is said to have been in contact with Madani and the 15-year-old boy arrested in eastern Paris at the weekend.

He also exchanged messages with the murderers of priest Jacques Hamel.

Hervouet had been in a relationship with Adel Kermiche, one of Hamel's killers. Before that, she had been seeing Larossi Abballa who stabbed a police couple to death at their home near Paris in June.

Both men were shot dead by police.