Timeline of unrest in Israel-Palestine 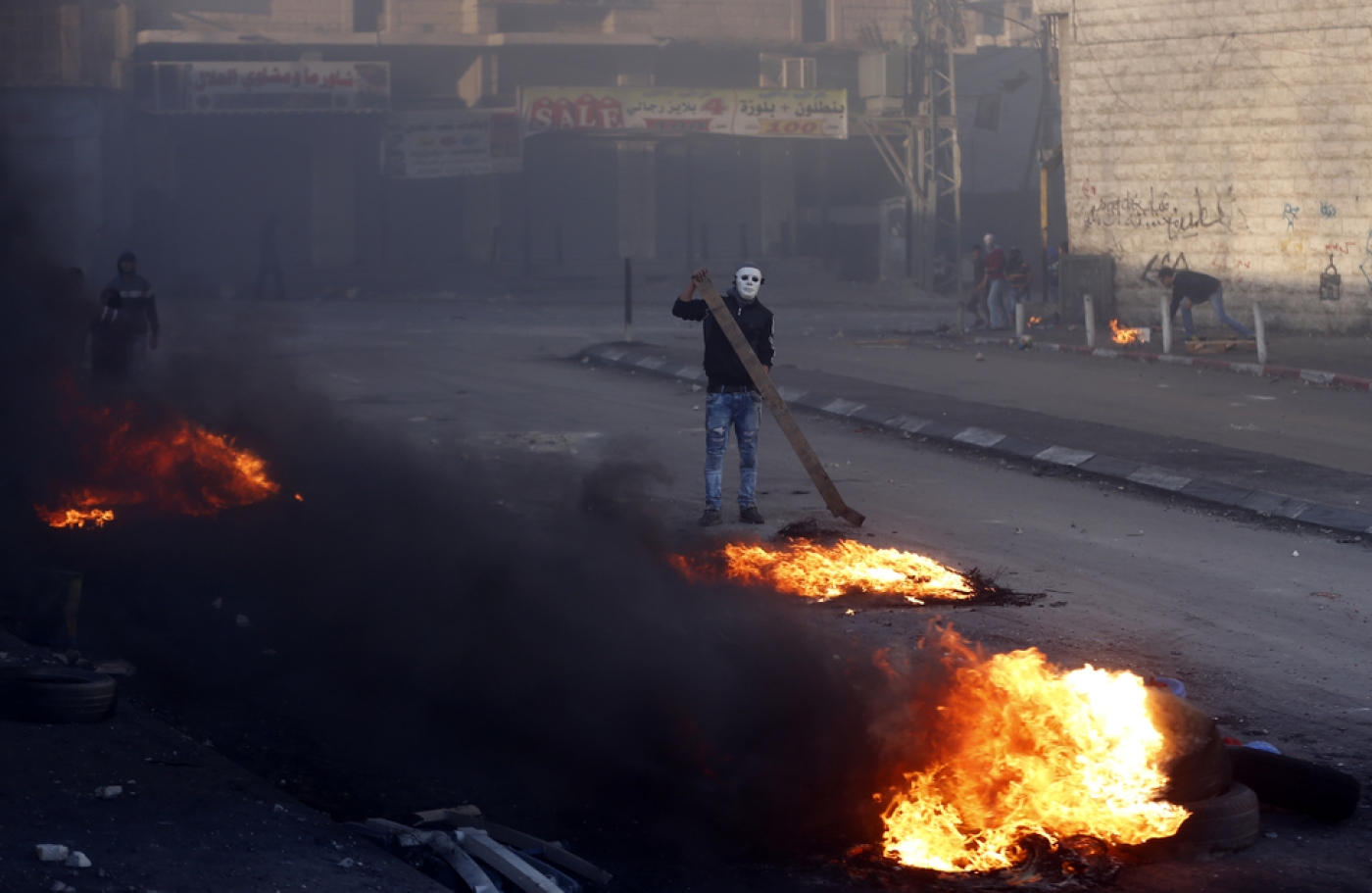 East Jerusalem, the occupied West Bank, Israel and now the Gaza Strip have been hit by deadly clashes and increased tensions over the past several weeks in perhaps the worst uptick of violence between Israelis and Palestinians since the 2014 Gaza war.

Here is a timeline of almost four weeks of unrest:

13-15 September: Israeli police and Palestinian protesters clash at Jerusalem's sensitive Al-Aqsa Mosque compound. The clashes coincide with the Jewish New Year, Rosh Hashanah, often a tense period because of increased visits by Jews to the compound, which they call the Temple Mount.

22 September: A Palestinian dies during an Israeli army operation in the southern West Bank while allegedly handling a makeshift explosive device, and troops shoot and fatally wound an 18-year-old woman at a checkpoint in Hebron who reportedly tries to stab a soldier. Palestinian President Mahmoud Abbas warns of the risk of a new intifada.

27-28 September: New clashes between Israeli police and Palestinians at the Al-Aqsa compound as Jews begin celebrating the eight-day Sukkot holiday.

1 October: Suspected Palestinian gunmen kill an Israeli settler couple in a car in front of their four young children in the occupied West Bank.

4 October: A Palestinian attacker stabs and wounds a 15-year-old in Jerusalem. The attacker is shot dead by police. Israel tightens security and bans Palestinians from the Old City.

6 October: Israel lifts two days of restrictions on Muslim worship at Al-Aqsa. Abbas says he wants to avoid a violent escalation with Israel. New clashes in the West Bank and in the Tel Aviv district of Jaffa.

7 October: Violence reaches central Israel where police kill a Palestinian who attacked a soldier at Kiryat Gat in southern Israel. Near Tel Aviv, a Palestinian assailant stabs an Orthodox Jew. In Jerusalem's Old City, a Palestinian woman stabs a Jewish man before being shot and seriously wounded by her victim.

In the occupied West Bank, men thought to be undercover Israeli infiltrators shoot and wound three Palestinian stone throwers, one seriously. Netanyahu postpones a visit to Germany and warns Israelis to be on maximum alert.

8 October: New clashes outside the West Bank city of Ramallah.

Israel reimposes a ban on men under 50 attending Friday prayers at Al-Aqsa.

9 October: The violence spreads to the Gaza Strip, where Israeli fire kills six Palestinians near the border.

Four new stabbings, including a suspected revenge attack by a Jewish suspect that wounds two Palestinians from the West Bank and two Palestinian citizens of Israel in the country's south.

A Palestinian who is accused of stabbing an Israeli soldier near the Israeli settlement of Kiryat Arba near Hebron is shot dead by Israeli forces. Later, local media reports that another Palestinian was killed in clashes with Israeli forces in East Jerusalem.

Four Israelis and 15 Palestinians, including at least six suspected attackers, have been killed since 1 October.

Hamas's chief in Gaza, Ismail Haniya, refers to the violence as an "intifada" and urges further unrest.

Late in the evening, a rocket fired from the Strip hits southern Israel, without causing damage or injuries.

10 October: A Palestinian stabs two police officers outside the Old City in East Jerusalem before being shot dead by security forces.

The attack took place by the Damascus Gate, metres away from where a Palestinian teen stabbed two Israelis before being shot dead by police earlier in the day.

Meanwhile, the Palestinian Prisoner Club says Israeli forces have arrested 400 Palestinians in 10 days. The majority are aged 14 to 20 years old, according to the group.

11 October: A pregnant Palestinian mother and her toddler daughter are killed when an Israeli airstrike demolishes their home in the northern Gaza Strip.

Israel says it targeted "two Hamas weapon manufacturing facilities" in response to two rocket launches at Israel on Saturday, as well as a number of attempts by Palestinians to break into Israel from Gaza.

One of the rockets had hit an open field in southern Israel and the other was intercepted, while nine Palestinian protesters were killed during the border clashes with Israeli soldiers.

12 October: Israeli media reports four stabbing attacks in Jerusalem, leaving five Israelis injured. Three suspected Palestinian attackers, one of them reported to be a minor, were shot dead in the incidents, and another was seriously injured.

Meanwhile, protests at Gaza's border with Israel continue. At one point, some 20 demonstrators break through the border fence into Israeli territory. Israeli forces shoot and injure two Palestinians, and arrest another.

13 October: Three Israelis - and two suspected Palestinian attackers - are killed in two separate attacks in Jerusalem; at least 19 others are injured in both attack.

Three Israelis - and two suspected Palestinian attackers - killed on Tuesday in two separate attacks in Jerusalem; at least 19 others injured in both attacks - See more at: http://www.middleeasteye.net/news/live-blog-third-intifada-unrest-continues-780856990#sthash.b0Gt36Yj.dpuf

Israel's security cabinet authorises police to seal off Palestinian sectors of East Jerusalem, with Netanyahu threatening: "Anyone who raises their hand against us will have their hand cut off".

The United States condemns the latest round of deadly "terrorist attacks" on Israeli civilians by Palestinian attackers and called for calm. UN Secretary-General Ban Ki-moon urges Israel to carry out a "serious review" on whether its security forces are resorting to excessive force in clashes with Palestinians, and an estimated 50,000 demonstrators take to the streets of the northern Israeli city of Sakhnin, protesting against Israeli policies towards Palestinians.

14 October: Two Palestinians are killed by Israeli forces after an alleged stabbing attempt and another stabbing attack in which one Israeli is moderately wounded.

Police checkpoints are set up in villages around Jerusalem and in several cities in East Jerusalem neighbourhoods where an estimated 300,000 Palestinians live.

A video is captured of Israeli soldiers chasing down a young Palestinian protestor and kicking and beating him with their guns.

The latest killings bring the number of Palestinians killed since 1 October to 32, most of them protesters. Seven Israelis have been killed in the same time period. Occupation
Israeli mayors call on citizens to carry guns for their own protection: Report