General Joseph Dunford says pro-war voices may want US to attack Iran, but they will not influence his stance 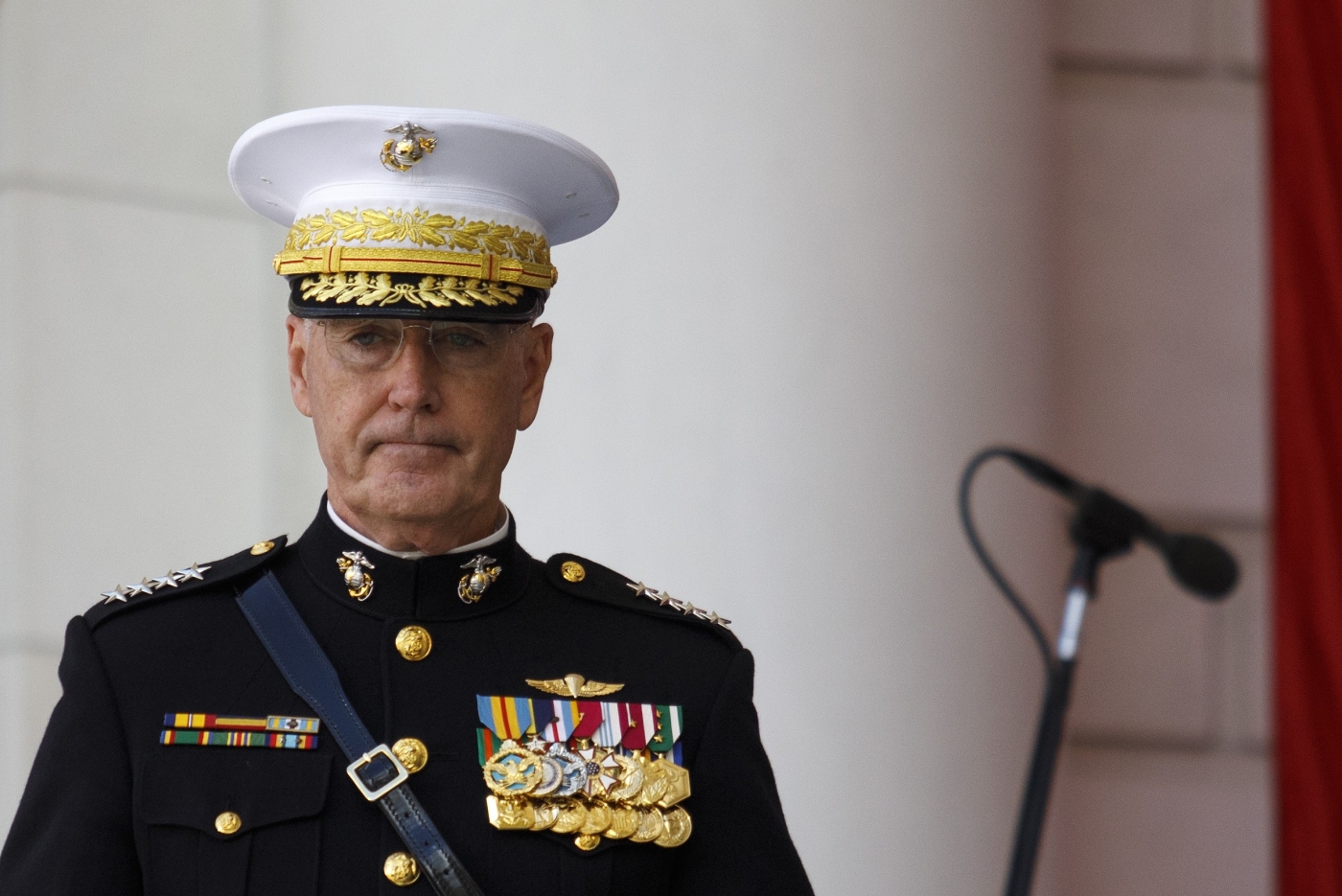 America's top military official has said pro-war voices will not sway his advice to United States policymakers about whether Washington should go to war with Tehran.

Speaking at the Brookings Institution in Washington on Wednesday, General Joseph Dunford said his military recommendations on Iran will be based on a thorough intelligence analysis.

"Are there people who might like the United States to do something? Certainly … that speculation is out there. But I can guarantee you, that's not going to inform the military advice I'm going to provide," he said.

As the chairman of the Joint Chiefs of Staff, Dunford sits at the top of the chain of command within the US military.

Still, while he serves as the top military adviser to Donald Trump, the US president and Congress ultimately hold the political power of deciding when to go to war.

Dunford stressed that a military confrontation, including one between the US and Iran, would have devastating consequences "both from an economic and more importantly a human perspective".

"I am very familiar with the consequences of going to war and take the responsibility of providing military advice in that regard seriously," he said.

Dunford's remarks come after US officials warned in early May that Iran may be preparing attacks against American troops and their allies in the Middle East.

Since then, Washington has dispatched a naval strike group to the Gulf, deployed Patriot missiles in the region and announced that it was sending 1,500 additional troops.

Moreover, the US has accused Iran of using naval mines to "sabotage" four ships off the coast of the United Arab Emirates.

Pentagon officials have also suggested that Iran is responsible for a rocket attack near the US embassy in Baghdad, which was claimed by a previously unknown Iraqi group.

Saudi Arabia, a staunch US ally in the region, also blamed Tehran for a drone attack on a pipeline in the kingdom, prompting a state-aligned Saudi newspaper to call for US military strikes against Iran.

Iran has denied responsibility for the attacks, stressing that it is not seeking war.

Dunford said on Wednesday that while military threats from Iran are not new, the US's recent warnings and actions were sparked by a "stream of threats" that appeared to be a coordinated campaign across the region.

The American military deployments were defensive moves to deter Iran from committing any "miscalculation", he said.

"We wanted them to know that we had the capability to respond in the event deterrence fails," Dunford said.

Trump has repeatedly called on Tehran to engage in direct talks on Washington, and earlier this week he said his administration is not looking for Iranian regime change.

Still, the recent round of escalation comes just weeks after Trump designated Iran's Islamic Revolutionary Guard Corps (IRGC) as a terrorist group, part of his "maximum pressure" campaign against the country.

In May 2018, Trump pulled the US out of the multinational accord that saw Tehran significantly scale back its nuclear programme in exchange for countries agreeing to lift sanctions against Iran.

Earlier this month, Iran said it will stop complying with parts of that agreement amid the mounting US pressure.

Critics have blamed foreign policy hawks in the US administration, including National Security Adviser John Bolton, for the increased volatility of the situation.

But Dunford said the intelligence pointing to an uptick in Iranian threats is valid.

"People can question the veracity of the intelligence," he said.

"I view this purely through a military lens."

Iran Tensions
Iran says US is addicted to sanctions and needs to 'kick the habit'
Inside Iraq
EXCLUSIVE: Iran's Khamenei ordered end to Iraqi attacks on US interests
Sport
Iranian teams' football rivalry reveals ugly side to the beautiful game