Toronto schools suspend trips to US over Trump travel ban Toronto schools will no longer plan field trips for students to the United States because of President Donald Trump’s travel restrictions.

The decision was approved unanimously by Toronto District School Board trustees on Wednesday night.

The 25 field trips from Toronto to the US that were already scheduled will go ahead, but if one student is denied entry at the border “for no legitimate reason,” the entire trip will return to Canada, Director of Education John Malloy said in a statement on Thursday.

On 27 January, Trump signed an executive order temporarily banning entry to the US from several Muslim-majority countries and suspending the refugee admission programme. The decree was put on hold by a judge in Seattle after it was challenged by several states and immigration groups, prompting the administration to issue a new travel ban with a narrower scope.

The new order looked to ban citizens of Syria, Iran, Libya, Somalia, Sudan and Yemen. Iraq, which was on the first executive order, was omitted. The second decree also excluded visa and green card holders from the ban.

However, the new executive order was also frozen by a federal judge in Hawaii on 15 March.

Since Trump took office, several Canadians of Middle Eastern descent have been turned away at the US border despite having proper documentation.

"We strongly believe that our students should not be placed into these situations of potentially being turned away at the border," Malloy said.

Toronto is among many school districts and organisations that have suspended travel plans to the US because of the ban.

In February, the school board in Windsor, a Canadian city on the US border, cancelled all trips to the US because of the travel restrictions, which have been dubbed as a “Muslim ban”.

“Paramount for us is student safety … we really don’t know what will happen to our students at the border,” Clara Howitt, superintendent with the Greater Essex County District School Board, told the Windsor Star.

The Girl Guides of Canada and Ryerson University have also cancelled trips to the US. 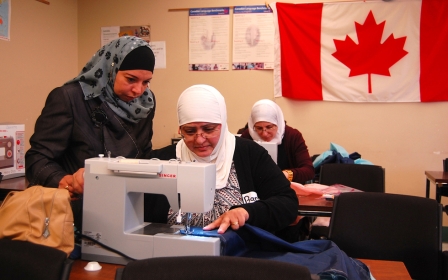