Trump considers Mitt Romney for US secretary of state

US networks say Trump will meet with Romney, who was Republicans' unsuccessful 2012 White House candidate 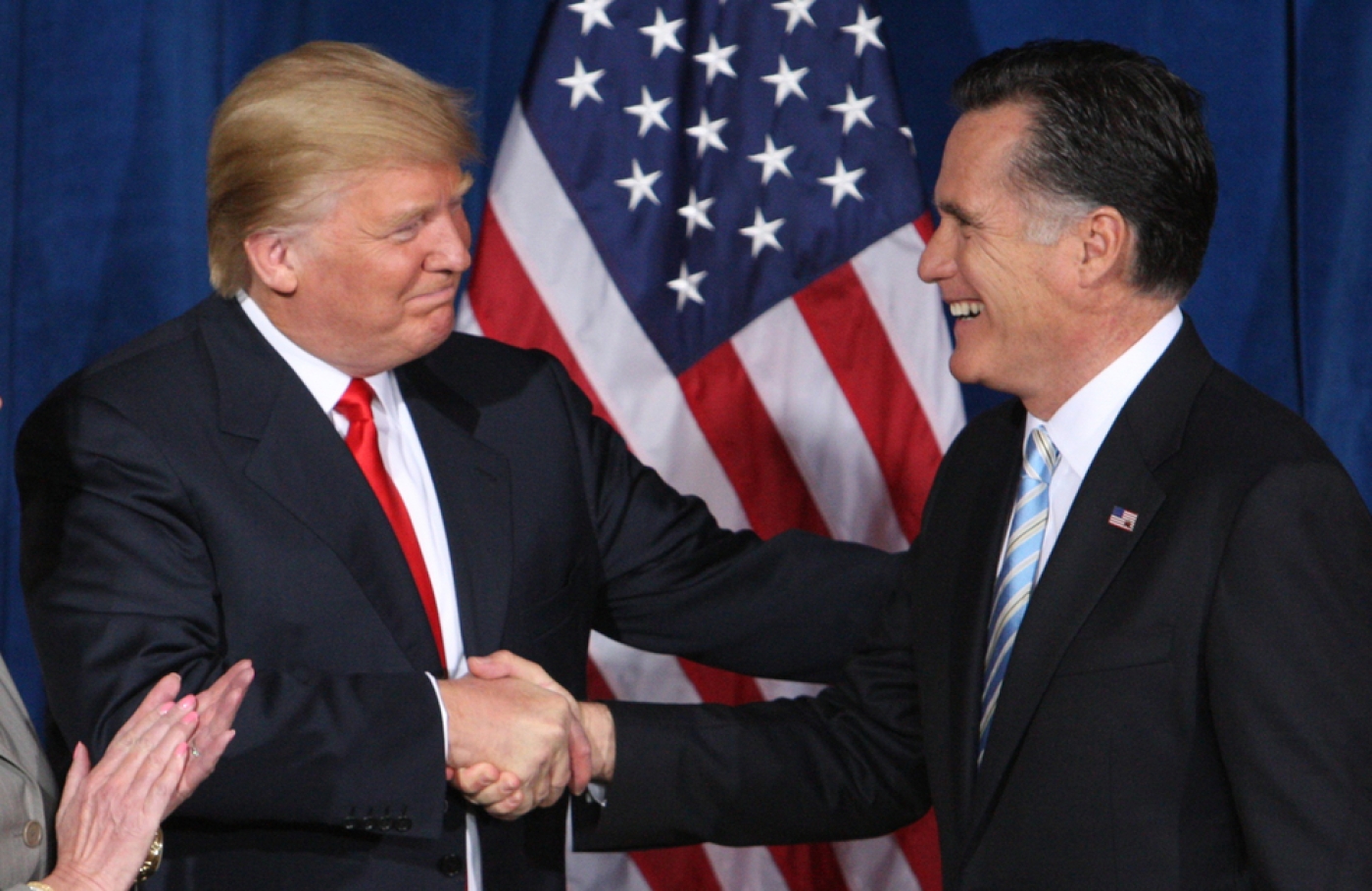 US President-elect Donald Trump is considering Mitt Romney as secretary of state, in what would be considered an olive branch to mainstream Republicans who opposed the tycoon's candidacy, a report said on Thursday.

CNN and NBC said Trump would meet over the weekend with Romney, the former governor of Massachusetts who was the Republicans' unsuccessful 2012 White House candidate in race against President Barack Obama.

NBC said that a Trump selection of Romney as secretary of state would put a figure with more orthodox Republican views in charge of US foreign policy.

Senator Jeff Sessions, an arch-conservative Republican from Alabama who is one of Trump's closest allies in Congress, said he expected the incoming president to consider the "capable" Romney for some position.

"I think it's good that the president-elect is meeting with people like Romney. There are a lot of talented people that he needs good relationships with," said Sessions, himself a top contender for a cabinet post.

"And I think Mr Romney would be quite capable of doing a number of things," Sessions told reporters after meeting the president-elect at his Trump Tower in Manhattan.

Romney took a politicised stance against Obama's foreign policy when he ran for president in 2012. In a Wall Street Journal op-ed that year, he said Obama "downgraded Israel from being our 'closest ally' in the Middle East to being only 'one of our closest allies'. It's a diplomatic message that will be received clearly by Israel and its adversaries alike. He dismissed Israel's concerns about Iran as mere 'noise' that he prefers to 'block out.'"

However, consideration for the post remains highly speculative at this point. Media reports have lighten on a wide range of possible names to be secretary of state, including South Carolina Governor Nikki Haley, another Republican who was initially lukewarm towards Trump.

Other names include Rudy Giuliani, the combative former New York mayor and staunch Trump defender who would likely face scrutiny over a slew of business dealings, and hawkish former US ambassador to the United Nations John Bolton.

Romney was one of the staunchest Republican opponents of Trump's candidacy during the party's primaries, describing the businessman as vulgar, unprincipled and threatening to US values.

Romney chastised Trump for proposing a ban on all foreign Muslims entering the United States.

In March, Romney said that "Trump's bombast is already alarming our allies and fuelling the enmity of our enemies."

Romney also has a more traditional Republican scepticism of Russia, which he called the top geopolitical threat to the US during the 2012 election.

In a striking departure for a Republican, Trump voiced hope for working with Russian President Vladimir Putin, who has spoken warmly of the businessman-turned-world leader.

An Indian American, Haley would inject diversity into the cabinet after a divisive election in which Trump was outspoken in his criticism of immigrants.