Trump fundraiser Broidy hit with another setback in Qatar lawsuit

Elliott Broidy suffers another legal setback in bid to blame Qatar for hack of his emails, as US judge rejects lawsuit against UN diplomat Elliott Broidy, who has claimed he was targeted by Qatar and its agents over his efforts to shift US policy against the Gulf nation, plans to appeal against the decision, his lawyer said (screengrab)
By
MEE and agencies

Elliott Broidy, a former top fundraiser for US President Donald Trump, suffered another legal setback on Friday in his efforts to pin the blame on Qatar for a hack of his emails, as a judge tossed out his lawsuit against a veteran United Nations diplomat.

Broidy, a businessman who held senior finance posts in Trump's 2016 presidential campaign and his inaugural committee, sued Jamal Benomar in July, claiming he orchestrated the dissemination of hacked emails to media outlets.

Benomar, a British citizen born in Morocco and a former UN special envoy for Yemen, had denied involvement and sought to get the lawsuit thrown out by asserting diplomatic immunity, a status confirmed by the Trump administration last month.

"To be clear, I have never spoken with nor met Elliott Broidy. I never was involved in any hacking scheme," Benomar said in a statement applauding the court decision.

Broidy, who has claimed he was targeted by Qatar and its agents over his efforts to shift US policy against the Gulf Arab country, plans to appeal against the decision, his lawyer said.

"We don't believe that Mr Benomar's claim of diplomatic status should provide him with immunity in this case," Lee Wolosky said.

Broidy has accused Qatari hackers of leaking his emails to the media, leading to the publication of damaging stories that increased scrutiny of his access to Trump and lobbying efforts aimed at benefiting his patron, the United Arab Emirates, at the expense of Qatar.

A federal judge in California in August granted Qatar's request to be dismissed from a similar lawsuit, citing sovereign immunity.

Qatar has denied any involvement in the hacks, the Reuters news agency reported.

Broidy appealed against that dismissal. That case is pending. 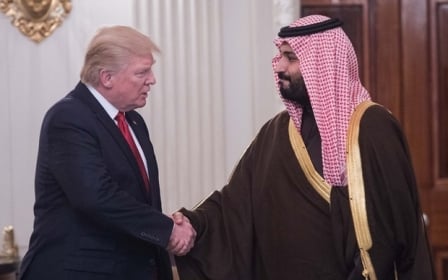