Trump gives top-secret intelligence on IS to Russia: Report 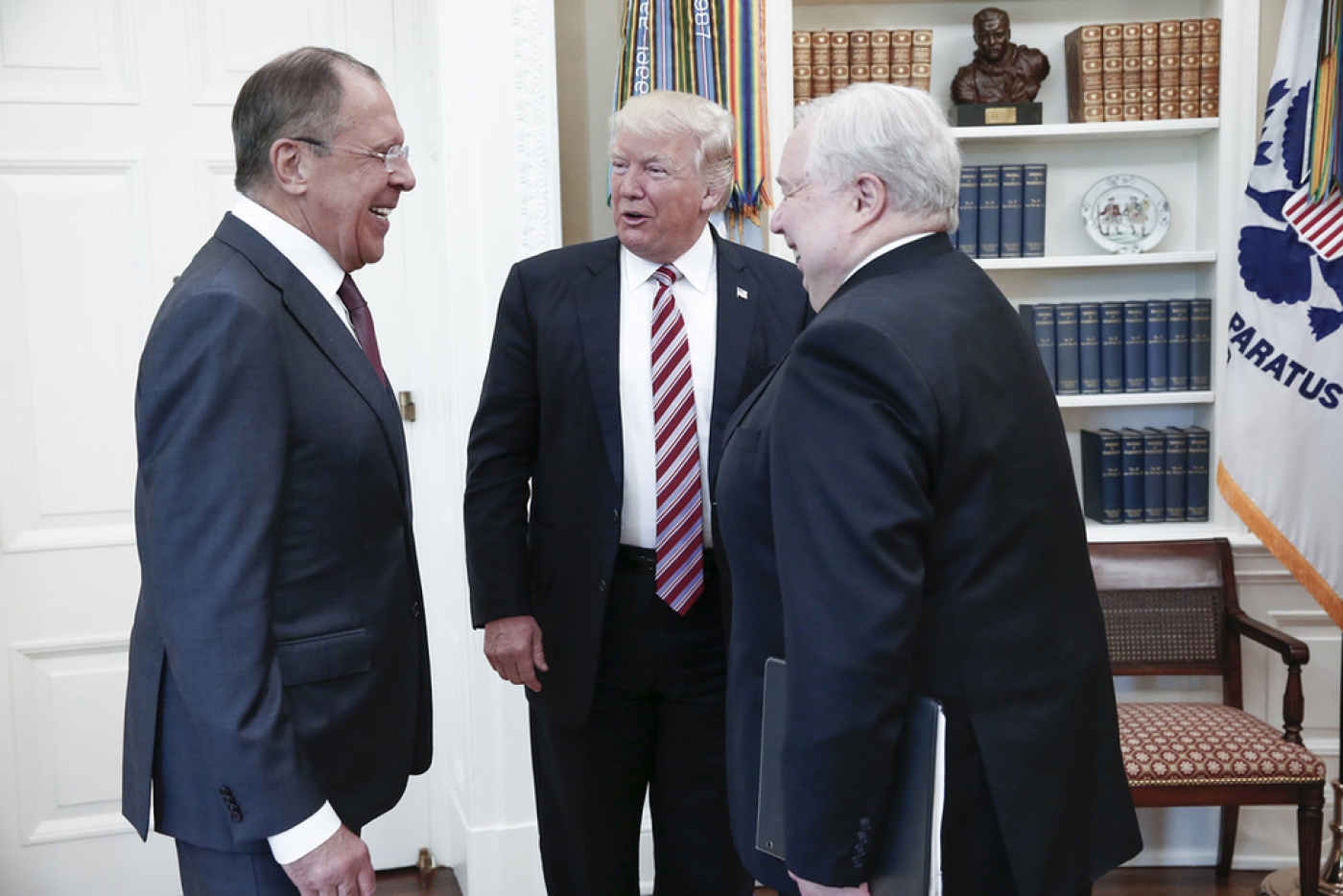 Donald Trump disclosed highly classified information to the Russian foreign minister during their meeting last week, potentially jeopardising a source of intelligence about the Islamic State group, the Washington Post reported on Monday, citing current and former US officials.

The newspaper said the information the US president relayed to Sergei Lavrov and the Russian ambassador, Sergey Kislyak, had been provided by a US partner through a highly sensitive intelligence-sharing arrangement.

US officials informed on the matter told the Post that the US did not have permission to share the intelligence and that the leak jeopardises cooperation with the source, which has "access to the inner workings of the Islamic State".

"This is code-word information," a US official briefed on the matter told the Post. The US president "revealed more information to the Russian ambassador than we have shared with our own allies," the official added.

The US president allegedly bragged to Lavrov about the intelligence he was receiving. "I get great intel. I have people brief me on great intel every day," Trump told the Russian foreign minister.

While details of the intelligence remain largely unknown, it centres on an IS plot. But Trump told the Russians the specific city of the "detected threat".

Trump's administration allegedly called the CIA and the National Security Agency after the president's meeting with Lavrov and Kislayk to mitigate the spread of the information, according to the Post.

In response to the leak, Trump's national security adviser, HR McMaster, said "the president and the foreign minister reviewed common threats from terrorist organisations to include threats to aviation".

If President Trump had spent one day in uniform, he might have realized the seriousness of blowing intel that could get sources killed.

"At no time were any intelligence sources or methods discussed and no military operations were disclosed that were not already known publicly," McMaster added.

Despite McMaster's attempted reassurances, US officials warned of the gravity of the situation.

"Russia could identify our sources or techniques," a senior official said, according to the Post. And a former intelligence operative who dealt with intelligence on Russia said Trump provided enough clues for the Kremlin to figure out the source of the information.

"I don't think that it would be that hard [for Russian spy services] to figure this out," the former intelligence official told the Post.

Trump's meeting with the Russian foreign minister and ambassador to the US – where he spilled the information - came one day after the president fired FBI Director James Comey, who was leading the investigation of possible ties of collusion between Trump campaign officials and Russia.

Current and former officials expressed bewilderment at the leak of highly classified material.

"It is all kind of shocking," a former senior US official told the Post.

"Trump seems to be very reckless, and doesn't grasp the gravity of the things he's dealing with, especially when it comes to intelligence and national security. And it's all clouded because of this problem he has with Russia," the official added.

Also part of the leaked information involves the laptop ban on Middle East commercial aircraft to the US.

US officials have told Reuters that US agencies are in the process of drawing up plans to expand a ban on passengers carrying laptop computers onto US-bound flights from several countries in conflict zones due to new intelligence about how militant groups are refining techniques for installing bombs in laptops.

So serious are assessments of the increased threat that Washington is considering banning passengers from several European countries, including Britain, from carrying laptops in a cabin on US-bound flights.

The US has consulted about the intelligence with allied governments and airlines.