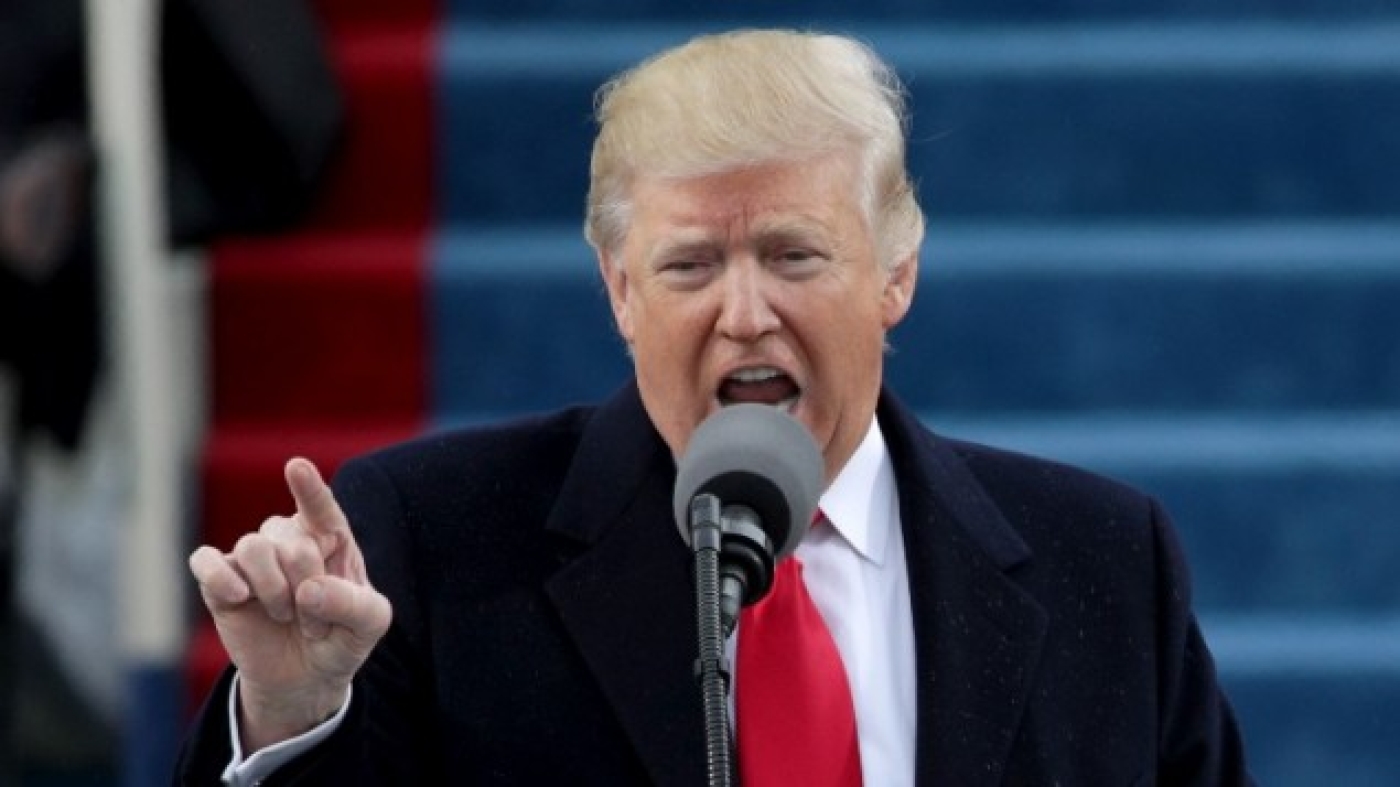 President Donald Trump has made defeating "ISIS and other radical Islamic terror groups" his "highest" foreign policy priority, according to a statement posted on the White House website after his inauguration speech on Friday.

The statement appeared after Republican President Donald Trump in his inauguration speech said he would "unite the civilized world against radical Islamic terrorism, which we will eradicate completely from the face of the earth".

Under the heading "America First Foreign Policy," the White House website said: "Defeating ISIS and other radical Islamic terror groups will be our highest priority.

"To defeat and destroy these groups, we will pursue aggressive joint and coalition military operations when necessary."

It also outlined plans to work with "international partners" to "cut off funding for terrorist groups" and "expand intelligence sharing".

President Donald Trump did not outline how his strategy will differ from that of his predecessor Democrat President Barack Obama, who brought together an international alliance to bomb Islamic State group targets in various locations across Syria and Iraq.

Trump's statement, however, did reflect his previous criticism of Obama and his Democratic rival Hillary Clinton for not using the phrase "radical Islamic terror" to describe the Islamic State group and other Islamic militant groups similar to it.

Obama argued that using the term would conflate "murderers" with "the billion Muslims that exist around the world, including in this country, who are peaceful."

Clinton said using the phrase would play into the hands of militants who want to portray the United States as being at war with Islam.

The White House statement used the phrase "America First" to signal a new foreign policy direction under the Trump administration.

The phrase was heavily featured in President Donald Trump's inaugural address in Washington on Friday.

Under the "America First" doctrine the Trump administration intends to pursue a "foreign policy based on American interests [that] will embrace diplomacy."

The White House statement also appeared to nod towards better relations with Russia, something that Trump has said he will pursue.

"We are always happy when old enemies become friends, and when old friends become allies," the statement said.

Trump has rejected criticism that he is too eager to make an ally of Russian President Vladimir Putin.

The White House has also said it intends to disrupt and disable websites used by prosribed groups to spread "propaganda" and recruit new members.

In a separate statement on the White House website, the Trump administration said it intends to develop a "state of the art" missile defense system to protect against attacks from Iran and North Korea.

It did not say whether the system would differ from those already under development, specify the cost or say how it would be financed.

Senior US officials, however, have described cyber-attacks as a greater threat to US national security than terrorism.

This fear was further heightened after the CIA and various other US security agencies accused Russia of hacking to influence the outcome of the US presidential election.

In a recent US Joint Intelligence Review, it stated: "Russian President Vladimir Putin ordered an influence campaign in 2016 aimed at the US presidential election. Russia’s goals were to undermine public faith in the US democratic process, denigrate Secretary Hillary Clinton, and harm her electability and potential presidency." Islamophobia
Trump supporter asks MEE reporter: 'Do you have a bomb on you?'