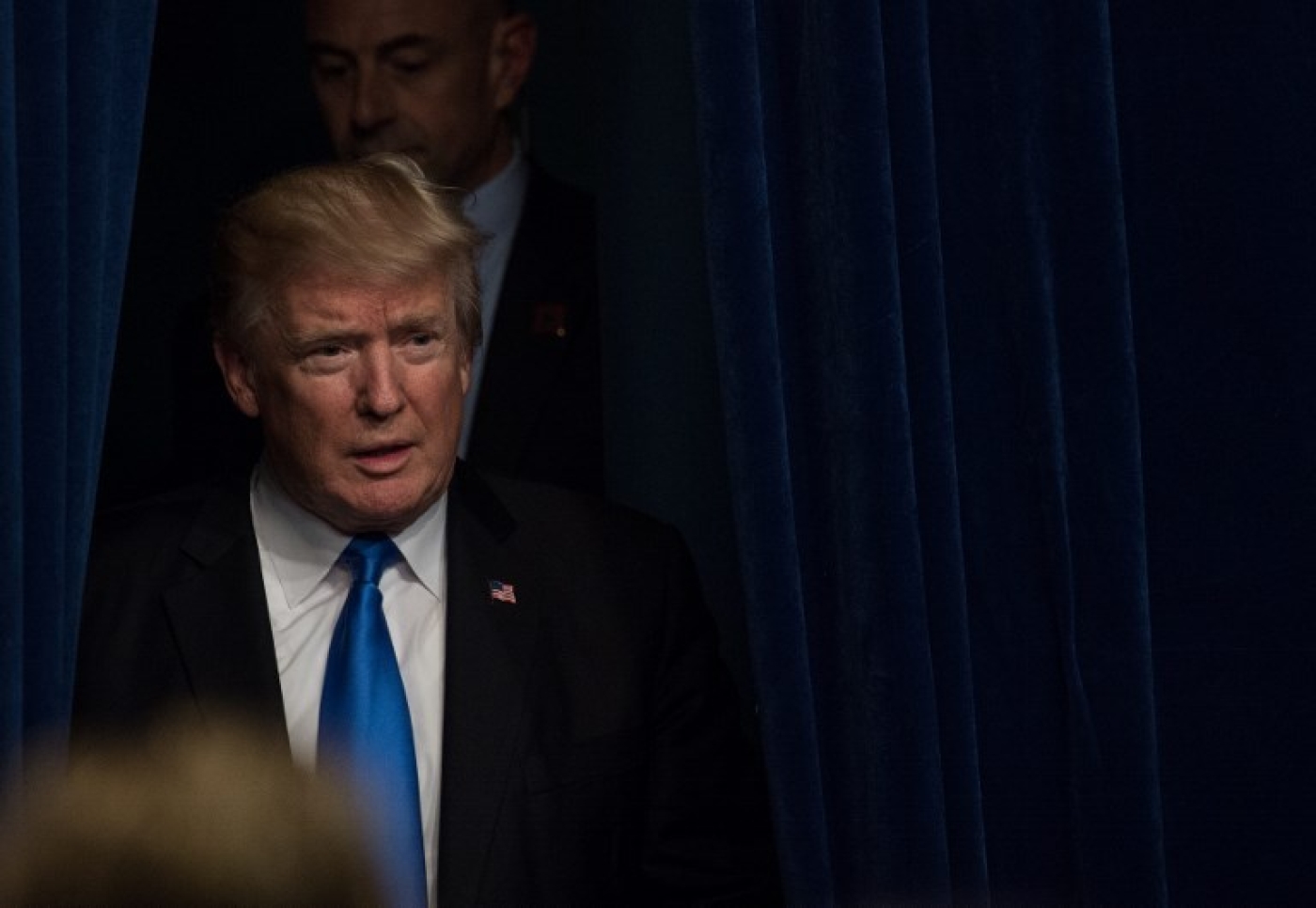 US President Donald Trump arrives to speak at Energy Department in Washington, DC on 29 June (AFP)
By
MEE and agencies

US President Donald Trump has said that Qatar should stop funding terrorism, according to a newly released recording.

In a closed-door Republican National Committee gathering on Wednesday that was barred to the media, Trump first appeared to make light of the pronunciation of the Gulf nation’s name.

"We're having a dispute with Qatar - we're supposed to say Qatar. It’s Qatar, they prefer," he said in the recording, published by The Intercept.

He then said: "I prefer that they don’t fund terrorism.”

His comments come as Saudi Arabia, United Arab Emirates, Bahrain and Egypt continue an economic and transport blockade of Qatar and demand that the tiny Gulf state cut its support for the Muslim Brotherhood, shut down Al-Jazeera and close a Turkish military base.

The four countries have asked Qatar to comply with 13 demands, which also include severing ties with Iran. They have told Qatar that the demands are non-negotiable.

Qatar has denied funding terrorism. At the beginning of the crisis, Qatar's foreign minister, Mohammed bin Abdulrahman al-Thani, said: "We have been isolated because we are successful and progressive. We are a platform for peace not terrorism."

Trump's comments are likely to inflame tensions within the Trump administration, where Trump has sought to portray Qatar as a supporter of terrorism while US Secretary of State Rex Tillerson has taken a more conciliatory approach.

In an effort to break the deadlock, Tillerson met individually with the Qatari foreign minister and then the Emirati foreign minister earlier this week. Qatar said on Thursday that it was working with the United States and Kuwait to reply to the Arab states' 13 demands, though it denies the accusations made against it and said that they violate its sovereignty.

Trump accused Qatar of links to terrorism in a number of tweets sent at the beginning of June, when the crisis began.

“So good to see the Saudi Arabia visit with the king and 50 countries already paying off. They said they would take a hard line on funding extremism, and all reference was pointing to Qatar. Perhaps this will be the beginning of the end to the horror of terrorism!"