Trump 'not welcome in Pittsburgh' until he denounces white nationalism

Amid grief over deadly synagogue attack, Jewish group says US president has 'endangered all minorities' with his words and policies A progressive Jewish group says Donald Trump is not welcome in Pittsburgh, the US city where a deadly attack on a synagogue took place on Saturday, until the US president denounces white nationalism.

The local branch of Bend the Arc, a progressive Jewish advocacy group, said Trump’s words and policies “have emboldened a growing white nationalist movement” in the country.

“You yourself called the murderer evil, but yesterday’s violence is the direct culmination of your influence,” the group said in an open letter published on Sunday.

The group said Jews are not the only ones who have been targeted by Trump’s rhetoric; the president has “deliberately undermined the safety of people of colour, Muslims, LGBTQ people, and people with disabilities,” it said.

“President Trump, you are not welcome in Pittsburgh until you stop targeting and endangering all minorities,” the letter reads.

A gunman opened fire on the Tree of Life synagogue in Pittsburgh, Pennsylvania, on Saturday, killing 11 elderly congregants and injuring many others.

You yourself called the murderer evil, but yesterday’s violence is the direct culmination of your influence

The suspected gunman, Robert Bowers, was motivated by anti-Semitism, according to US media. While in police custody, he told a SWAT officer he wanted all Jews to die and said " (Jews) were committing genocide to his people," CNN reported.

A few hours before the shooting, Bowers also posted on social media that he blamed a Jewish refugee agency, HIAS, for bringing migrants into the United States, whom he described as "invaders," CNN said.

After the attack, Trump questioned why the synagogue didn't lock its doors or have armed guards stationed there. "If there was an armed guard inside the temple, they would have been able to stop him," he told reporters.

He skirted any responsibility for fuelling the anti-Semitism that motivated the attack, instead blaming the media for "the division and hatred" engulfing the US.

On Monday, White House Press Secretary Sarah Huckabee Sanders said it was "outrageous" that anyone besides Bowers would be blamed for what happened.

“The very first thing the president did was denounce the killings," she told reporters.

Huckabee Sanders said Trump and his wife plan to visit Pittsburgh on Tuesday to meet with the victims' families.

However, Trump has been embraced by white nationalists and far-right activists. David Duke, a former leader of the Ku Klux Klan, lauded the real estate mogul in the early stages of his presidential campaign in 2015.

Last year, after a deadly neo-Nazi rally in Charlottesville, Virginia, the US president said there were "some very fine people" amongst both the violent white nationalists and counter-protesters.

A few months after taking office, the administration also cut funding for a group that rehabilitates neo-Nazis.

On Monday morning, Trump was back to tweeting about the caravan of migrants heading toward the US, calling it an “invasion”.

“Our Military is waiting for you!” he wrote.

Trump also reiterated an earlier, unproven claim that gang members and others had embedded themselves into the caravan. Last week, he said “Middle Easterners” were among the migrants, a statement that was immediately criticised as racist and Islamophobic.

Meanwhile, US Muslim community groups had raised more than $126,500 by midday Monday in support of the survivors of the synagogue attack.

On Monday morning, $25,000 was transferred to the Islamic Center of Pittsburgh “to immediately begin disbursing help to the families,” the groups wrote on their online fundraiser page.

The money is going to help pay for funeral expenses and medical bills, among the other short-term needs of the families of the victims and those that were injured.

“No amount of money will bring back their loved ones, but we do hope to lessen their burden in some way,” the fundraiser page reads.

Late Sunday, the Quebec Islamic Cultural Centre - the Canadian mosque in which six people were killed in an attack in late January 2017 - also sent a message of support to the Jewish community in Pittsburgh.

“To remove the lives of 11 Jewish people in their place of prayer and injure many others by this hateful and anti-Semitic person, is reprehensible and unacceptable in the 21st century,” the mosque’s board of directors said in a letter. 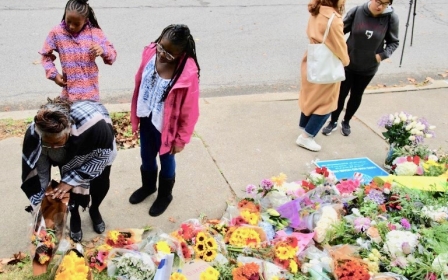