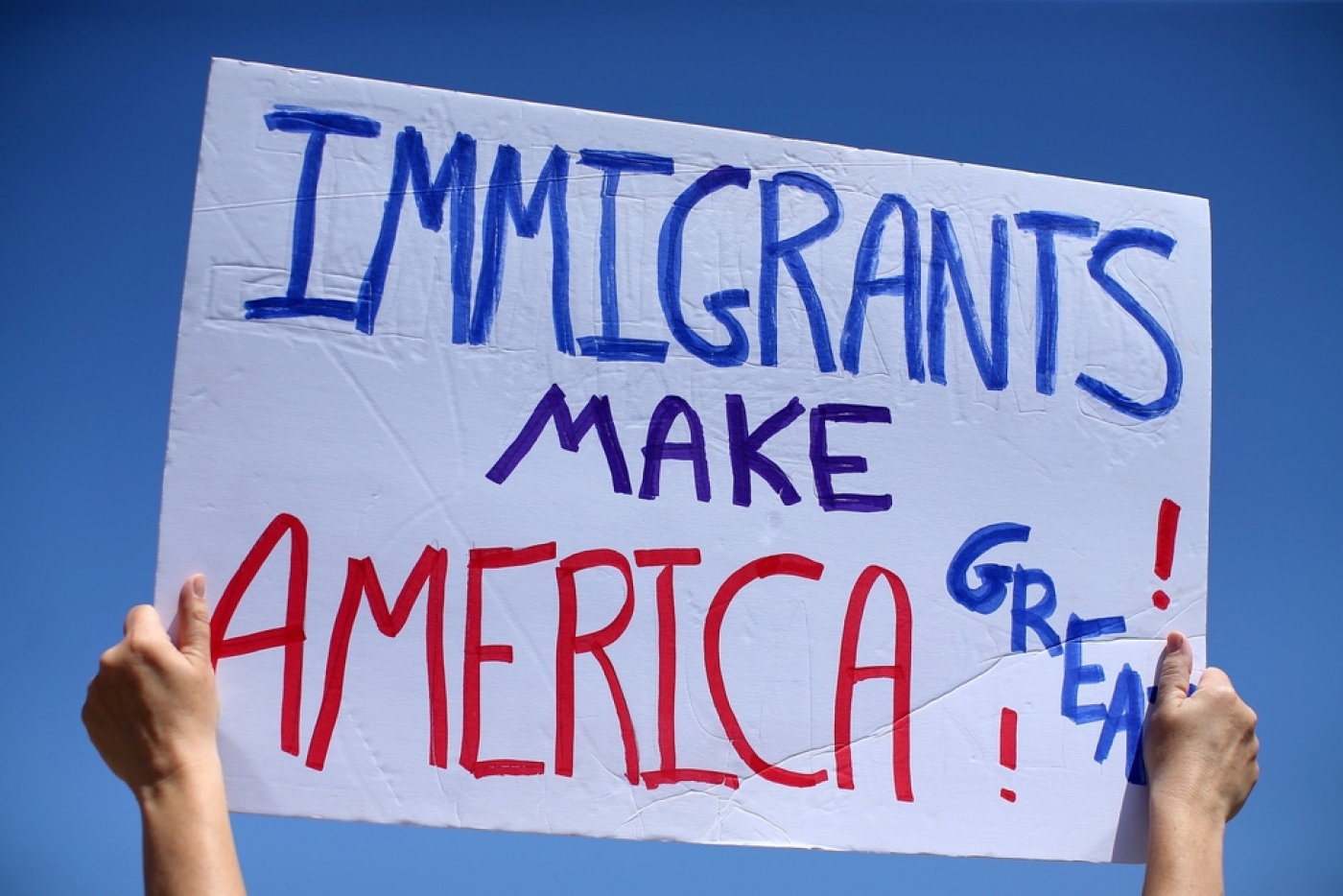 'We are not saying that everyone who is here illegally is a criminal,' DHS spokesman David Lapan said (Reuters)
By
MEE and agencies

Meeting Trump's order for more support to individuals and families hurt by crimes carried out by immigrants living illegally in the United States, the Department of Homeland Security has launched the Victims of Immigration Crime Engagement (VOICE) office.

VOICE will help victims follow the status of the alleged perpetrator, which can be unclear as justice and immigration authorities often process the cases differently from those of citizen criminals.

The programme will also provide direction on obtaining legal help and other services.

The effort is seen as a move to intensify the crackdown on undocumented immigrants.

"We are giving people who are victimised by illegal aliens for the first time a voice of their own," said Homeland Security Secretary John Kelly.

"All crime is terrible, but these victims as represented here are unique. They are all too often ignored. They are casualties of crimes that should never have taken place, because the people who victimised them should never have been here in our country."

Trump has repeatedly highlighted the issue of crime by undocumented migrants, like gang violence and drugs, to justify his call for a wall on the entire 2,000-mile US-Mexico border and the expulsion of many of the estimated 11.3 million people living in the country illegally.

“I worry that this programme is another way to further stereotypes about immigrants,” she told Middle East Eye. “We want the victims of any crime to get the support that they need. I think creating an office that is singling out victims of these in particular is part of a larger narrative that we have seen from this administration that’s really demonising immigrants.”

She said the White House has made it clear that it is focussed on deporting undocumented immigrants.

Tonova said contrary to the administration’s portrayal to immigrants as criminals, they contribute to the US economy and enrich American society.

DHS officials stressed that the new service was not for reporting undocumented migrants or crimes, and would not be used against people in the country illegally who are not criminals.

"We are not saying that everyone who is here illegally is a criminal," stressed DHS spokesman David Lapan.

Lapan said it was impossible to place a figure on how many people were eligible to take advantage of VOICE. A number of studies suggest that immigrants as a whole - whether in the country legally or illegally - commit less crime than native-born Americans.

Hatem Abudayyeh, a Chicago-based social justice activist, said community organisers should support victims and survivors of all forms of violence, but he condemned VOICE by calling it an underhanded way from the “white supremacist’s White House” to vilify immigrants.

“It’s a pretty clear that this is a continuation of Trump’s policies to criminalise all undocumented immigrants and all immigrants in general, and even going beyond that to criminalise communities of colour,” Abudayyeh told MEE.