Trump is putting money ahead of US values, says Washington Post publisher

In rejection of Donald Trump's recent statement on Jamal Khashoggi killing, Fred Ryan says US president has emboldened attacks on the press 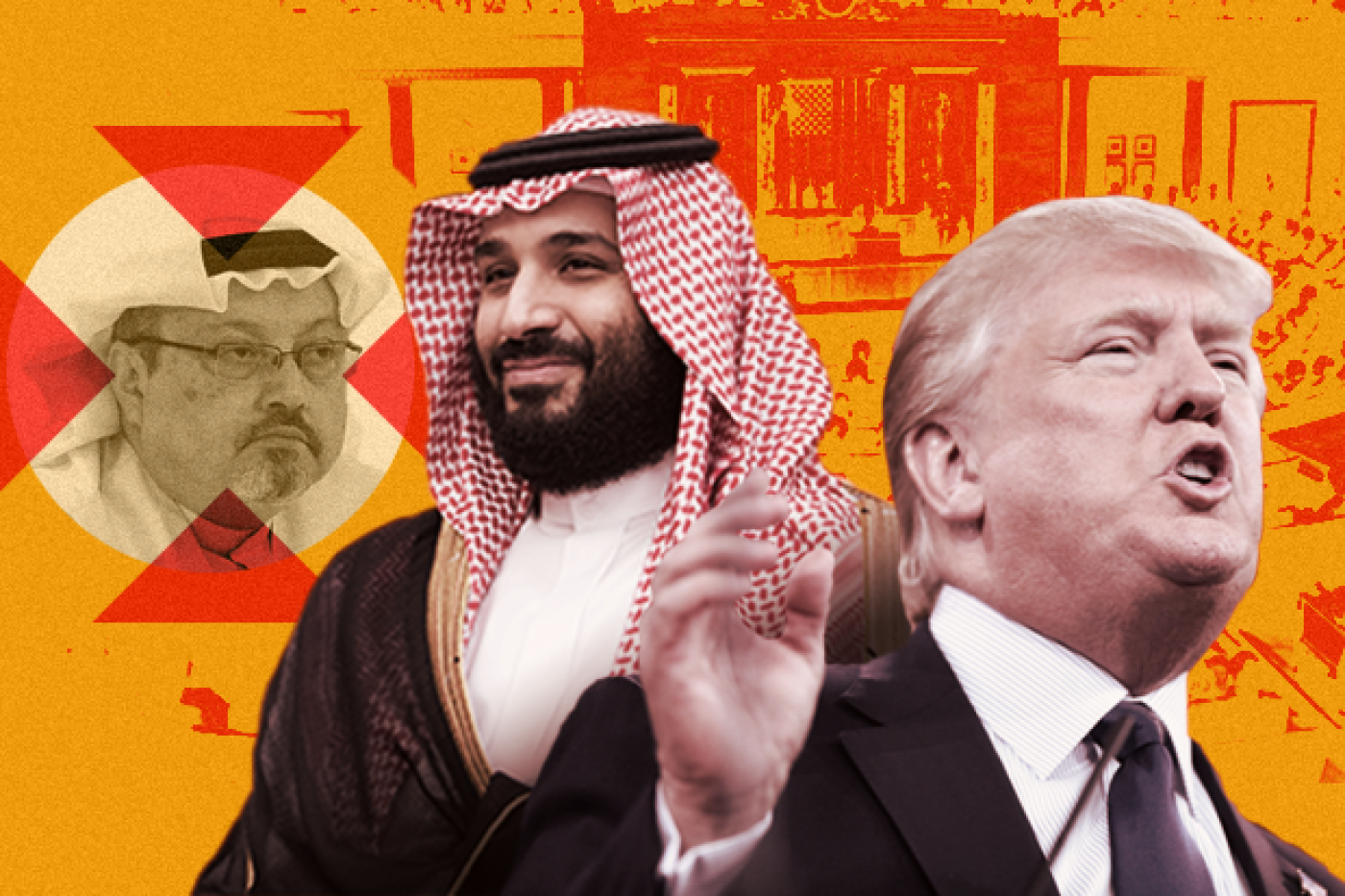 Donald Trump has abandoned US values and interests in exchange for money and personal relationships, emboldening a global crackdown on the media in the process, said the publisher of the Washington Post.

In a column published Wednesday evening, Fred Ryan accused the US president of putting Saudi arms deals and his cosy relationship with Saudi Crown Prince Mohammed bin Salman, known as MBS, ahead of a respect for human rights and freedom.

"A clear and dangerous message has been sent to tyrants around the world: Flash enough money in front of the president of the United States, and you can literally get away with murder," Ryan wrote.

On Tuesday, Trump released a statement saying he intends to maintain Washington's strong ties to Saudi leaders, including the country's powerful crown prince, despite the "unacceptable and horrible crime" committed against Khashoggi.

Khashoggi, who regularly wrote columns for the Washington Post, was killed by Saudi government agents at the Saudi consulate in Istanbul on 2 October. His body has yet to be found.

In an emphatic takedown of Trump's statement, Ryan acknowledged that Khashoggi's death is personal to the newspaper's staff, pledging to "do everything possible to expose the truth".

"In a bizarre, inaccurate and rambling statement — one offering a good reminder why Twitter has character limits — President Trump whitewashed the Saudi government’s brutal murder of journalist Jamal Khashoggi," Ryan wrote in the column.

The publisher dissected Trump's comments, pointing to inaccuracies and offering rebuttals. "We do not make the world safer by abandoning our commitment to basic freedoms and human rights," he wrote.

Under MBS, the country's de facto ruler, "Saudi Arabia has committed atrocities that, if perpetrated by other countries, would draw a strong rebuke" from the US, Ryan continued.

Ryan also defended the late journalist against Trump's attempt to smear him.

In his statement on Tuesday, the US president repeated unfounded Saudi claims that Khashoggi was an "enemy of the state" and a member of the Muslim Brotherhood.

Congress should demand more than scapegoating and slaps on the wrist

Ryan described Khashoggi as a "well-respected colleague" and a "good and innocent man".

He went on to accuse MBS of leading a "reign of terror," citing the war in Yemen, a crackdown on Saudi women's rights activists, a purge against businessmen and members of the royal family and the kidnapping of Lebanese Prime Minister Saad Hariri last year.

Ryan also called on the US Congress to demand accountability from the Saudi government and uphold American values.

"Congress should demand more than scapegoating and slaps on the wrist," he wrote, likely referring to a recent US decision to apply sanctions on 17 Saudi citizens connected to the murder.

"Instead, it should use its investigative and subpoena powers to press for an independent, thorough inquiry — no matter where it leads. It should use its power of the purse and authority to regulate foreign commerce to impose effective penalties on Khashoggi’s murderers and suspend the sale of US-made weapons to the Saudis," Ryan wrote.