The Trump administration has been accused of "weaponising" the Department of Justice (DOJ) after a new office was established to investigate immigrants who may have lied during their application for US citizenship.

The DOJ said on Wednesday that the new office would focus on rooting out "terrorists, war criminals, sex offenders, and other fraudsters" that obtained US citizenship "under false pretenses".

It said that when an investigation leads to evidence of immigration fraud, the office will lead the legal battle to strip the naturalised American's citizenship.

'The office is an attempt to institutionalise the protection of white supremacy in the USA by targeting communities of colour, which pose a demographic political threat to this racist administration,'

The move was immediately criticised by human rights advocates, who said it was aimed at creating a two-tier system, with naturalised immigrants made to look like second-class citizens.

"Despite previous lies, Trump now confirms what we've known for three years: His systematic campaign against Black and brown people extends to US citizens," the American Civil Liberties Union (ACLU) said in a statement on Twitter.

Previously, the Office of Immigration Litigation, founded in 1983 under Republican president Ronald Reagan, had handled such cases.

In its statement on Wednesday, the DOJ said that the government "has achieved great success" in the denaturalisation cases it has brought to court, "winning 95 percent of the time".

"The growing number of referrals anticipated from law enforcement agencies motivated the creation of a standalone section dedicated to this important work," the DOJ said.

Once a rare practice in the United States, the Justice Department under Trump has shattered previous records in terms of the number of such cases it has brought to court.

According to the ACLU, Trump's administration has on average filed three times more civil denaturalisation cases than the previous eight administrations.

"The administration has been aggressively adding US citizens to its list of targeted individuals," the ACLU said. During the past three years, denaturalisation case referrals to the department have increased by 600 percent, according to official DOJ numbers analysed by the New York Times.

Last year, a report from the Open Society Justice Initiative (OSJI) called for a federal moratorium on denaturalisations until independent oversight was secured.

The group warned that stripping naturalised citizens of their status creates a hierarchy of citizenship and risks the creation of a growing group of stateless peoples.

"In the darkest moments of US history, political leaders have exploited citizenship laws to promote nativist ideologies and to advance regressive political agendas," OSJI warned in September.

The group also said it was concerned by the increasing numbers of American citizens who were being denied passports, a practice it said impacts both naturalised citizens and citizens by birth by denying them proof of citizenship and the ability to exit and enter the US.

While the new office was supported by some Republican lawmakers, civil rights advocates are worried the move could be used to target vulnerable communities of colour.

Hassan Shibly, who heads the Council on American-Islamic Relations (CAIR) in Florida, told Middle East Eye that he sees the new office as a tool created specifically to aid a right-wing effort to sustain the US's shrinking white majority.

"The office is an attempt to institutionalise the protection of white supremacy in the USA by targeting communities of colour, which pose a demographic political threat to this racist administration," Shibly told MEE.

Jheanelle Wilkins, a Maryland state delegate who moved to the US from Jamaica at the age of five, shared the news via Twitter on Thursday, expressing her concern.

'Trump is weaponising the DOJ to make naturalised immigrants look like second-class citizens,'

"As a naturalized citizen, this gives me great pause," Wilkins said.

"Citizens and non-citizens alike, no one is safe under this administration," she continued.

Meanwhile, the Coalition for Humane Immigrant Rights (CHIRLA), an LA-based advocacy group, said the new office threatens to "destroy citizenship as we know it".

"Trump is weaponising the #DOJ to make naturalised immigrants look like second-class citizens," the group said on Twitter.

Michael Bloch, a former public defender who is leading a lawsuit against the alleged white supremacists who organised the deadly 2017 Unite the Right rally in Virginia, said the move is an example of what he called the Trump administration's xenophobic-driven policies.

"The administration that disbanded DHS's domestic terror intelligence unit in the face of rising white supremacist violence has created a section in DOJ's immigration office to strip citizenship rights from naturalised immigrants. Xenophobia - not safety - drives this administration," Bloch said. 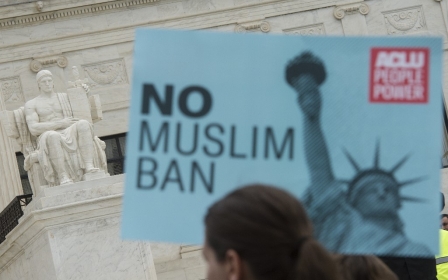